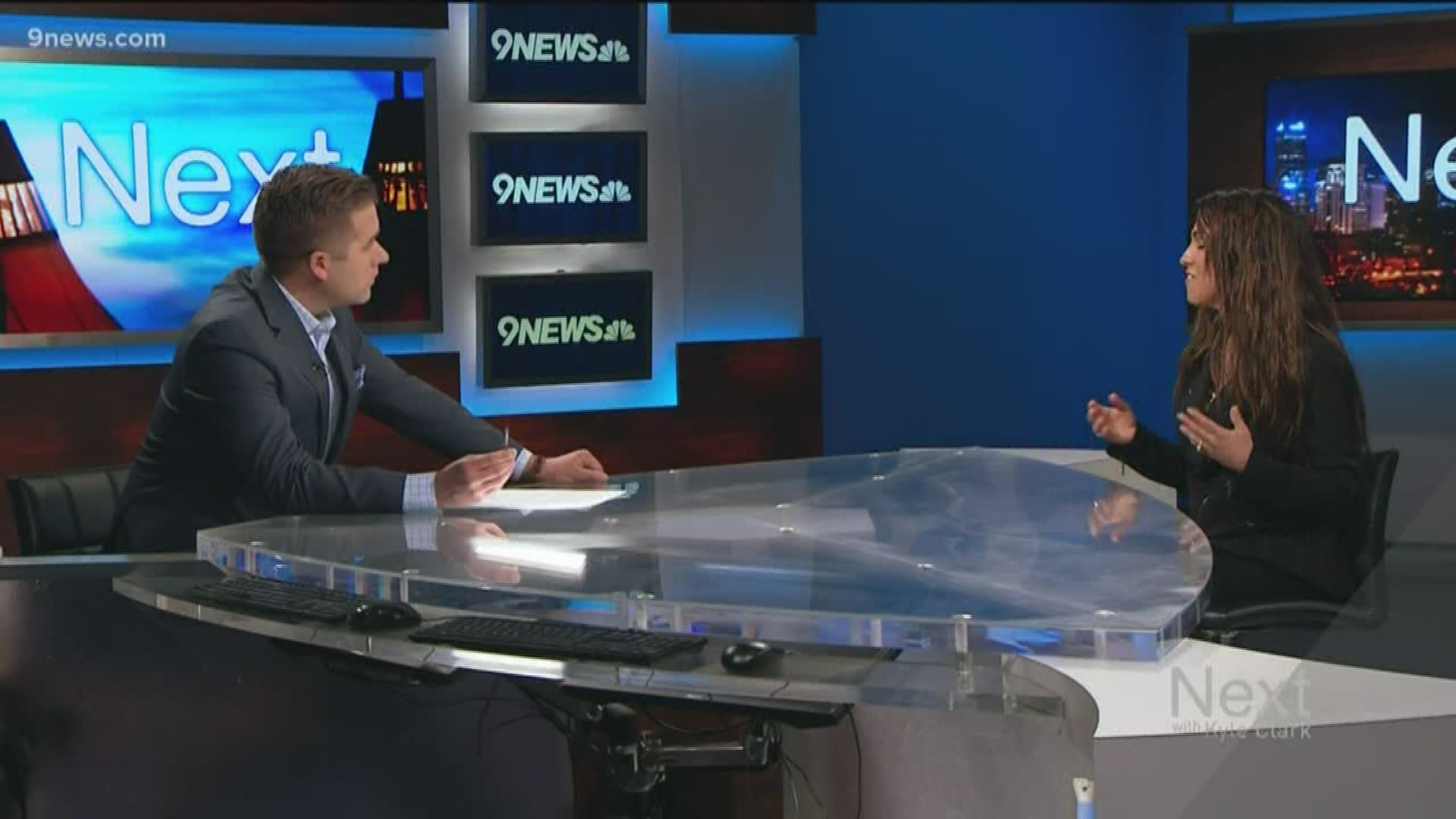 A gun-rights advocate and restaurant owner who has received national media attention announced that she will challenge incumbent Rep. Scott Tipton in the Republican primary for the 3rd Congressional District.

Lauren Boebert, who lives in Silt, owns and operates Shooters Grill in Rifle, where the wait staff openly carry firearms. Boebert spoke to 9NEWS Anchor Kyle Clark about her run for Congress, and why she believes she is more conservative than Tipton.

You can watch the full interview below on the Next Youtube channel:

During the interview, Boebart said she decided to challenge Tipton in part because of the fact that he wasn’t leading a committee that was instead chaired by Rep. Maxine Waters (D-California).

“I believe that he can be active and let the people of Colorado know what’s going on,” Boebart said. “He could come back and give us a battle plan and get behind people with conservative values and support them, endorse them.”

According to House rules, committees are chaired by members of the majority party. Republicans are in the minority.

Boebart’s spokesperson provided clarification and said she was referring to the 2016 federal budget which did include funding for Planned Parenthood. One hundred and seventy Republicans voted yes, and 75 voted no.

You can read a full transcript of the interview below.

Lauren Boebert: I am absolutely running against her. So there is a social narrative that is taking over our country. There is a battle for the heart and soul of our country right now, and I am ready to be the one that steps up for conservative values and takes on AOC.

I don’t believe that there are many people who can take her on the way that I’ll be able to.

How exactly do you envision functioning in that role if you were elected?

I believe that we need active representation. Anytime any of the “left wing lunatics” pop up with any of their crazy, wacky ideas, I’m going to come to people like you, and I’m going to tell the people of America exactly what’s going on in DC so the people can rise up and do something about it as well.

Congressman Tipton’s not at this table, you may get the chance to debate him, but I imagine he would say something like “I’m there in Washington doing the business of the Western Slope instead of just standing in front of TV cameras shouting about AOC.” What would you say to that?

If I felt that we were being actively represented, I wouldn’t be here today.

So Congressman Tipton’s been in Congress for five years now. Why do you think he deserves to be replaced?

(Editor’s note: Tipton is a five term congressman who was first elected in 2010).

He went in with some promises to abolish Obamacare, fire Nancy Pelosi and lower our national debt, so I’ll let his record speak for itself.

You think he’s been ineffective or he's been focused on the wrong things?

I have been on the ground with the people, campaigning ... our own small town campaigns, and we’ve had petitions, we’ve hosted recalls. I put my business on the line, we have begged our leaders to help us fight for the rights of the people of our state.

We’ve made dozens and dozens, possibly hundreds of calls and we got nothing. The only answer that we received was “we’re too busy with the 2020 elections.” So now I, Lauren Boebert, am ready for the 2020 elections as well.

One question that I ask anyone who’s a relative newcomer to the public is who they admire with or admire most. Who do you look at on the national, local or political level and say ‘I respect that person?”

Nationally, I absolutely admire and respect our President Donald Trump. He is there and he’s disrupting the narrative, he’s disrupting the way things were and I like it. He’s making all of these left-wing people squirm, they don’t know what to do about it, they try everything they do to dismantle his presidency, and he keeps fighting for the American people and that’s what it’s all about.

Honestly, this truly is about fighting for the nation and for Colorado and to take on the progressive socialists that are dominating our country.

What made me decide to run for Congress, what made me decide ‘Lauren, it’s time to mount up,’ was when I heard my congressman say that he is on a committee with Maxine Waters as the chair, and AOC is on that committee, and Rashida Tlaib is on that committee and this is the new world that we live in, and they direct the ship. And I said "why aren’t you directing the ship? Why aren’t you the captain? You’ve been there for four terms now and you want us to rehire you for a fifth?"

I think it’s time somebody else steps up and I didn’t see anybody else stepping up so I put my life and my family on the line to answer the call.

I believe that he can be active and let the people of Colorado know what’s going on. He could come back and give us a battle plan and get behind people with conservative values and support them, endorse them, throw campaigns, and really bring in effect … bring in acknowledgment to what’s going on to citizens in Colorado.

So you got some national attention for your Second Amendment advocacy. You came down to Aurora to confront Beto O’Rourke when he was here, he was talking about his gun confiscation plan. Do you disagree at all with Congressman Tipton on Second Amendment issues?

I intend to annihilate socialism, deregulate America, and secure the Constitution.

Tipton’s been NRA endorsed. Do you have any question about his gun rights bona fides?

I don’t talk with the Congressman too often, and that’s part of our representation.

Are there any specific votes you can point to where you think Congressman Tipton was on the wrong side of the issue and you would have voted the other way?

I would encourage people to look at his voting record for 2018. I think our congressman forgot who he was for a little bit. I looked him up and there was some questionable votes for sure.

There was just a lot in reference to spending, planned parenthood funding, abortions. It just … not conservative values. I believe my constituents will sleep well at night knowing that I will check off every conservative check box that there is, and I want them to hold me accountable to that.

You believe that Scott Tipton voted to fund Planned Parenthood?

He didn’t vote to unfund then, to defund them.

You mention that you’re a strong supporter of President Trump. Obviously the impeachment inquiry is continuing today with the hearings in Washington and so forth. Do you believe that it was appropriate for President Trump to ask a foreign government to investigate a political rival?

There’s going to be a lot of time for policies and right now I would just love, I think we’re just making this too difficult, this is really simple, and we are announcing my campaign. We just started, and I’m going to have a lot of time to talk about policy and everything that’s going on in America and in Colorado and how I’m going to represent everybody.

And honestly, I’m just gonna need a lot of help. I need a lot of support from grassroots Americans who are willing to give up whatever they can to help us win this fight. I am ready, I am tired of politicians shying away from issues and fights that need to be won. And I intend to win them.

If Americans like me intend to win them, I encourage them to go to LaurenForColorado.com.

Would you accept foreign assistance in your run for Congress?

I don’t know the laws for that and I have no intention to. I am all about American first.

How would you describe the state of politics in Colorado today. This is a changing state politically obviously over the last decade, you’ve been here longer than that. What do you think?

I believe that we are still a conservative red state. Somehow we just have blue control right now. I’m with the people, I hear the people, and if you see the response that we’ve received from announcing this candidacy, people are excited.

I think they finally received some hope and they have something to run with, and they have an excitement for something to get behind. I’m ready to continue this grassroots movement and have others follow me. We’ve been in it all year, battling our legislators, and we have a new legislative session coming up in January, and it’s not going to be pretty.

SUGGESTED VIDEOS | Next with Kyle Clark