He grew up in metro Atlanta and attended Gainesville High School before going to Clemson on a football scholarship. 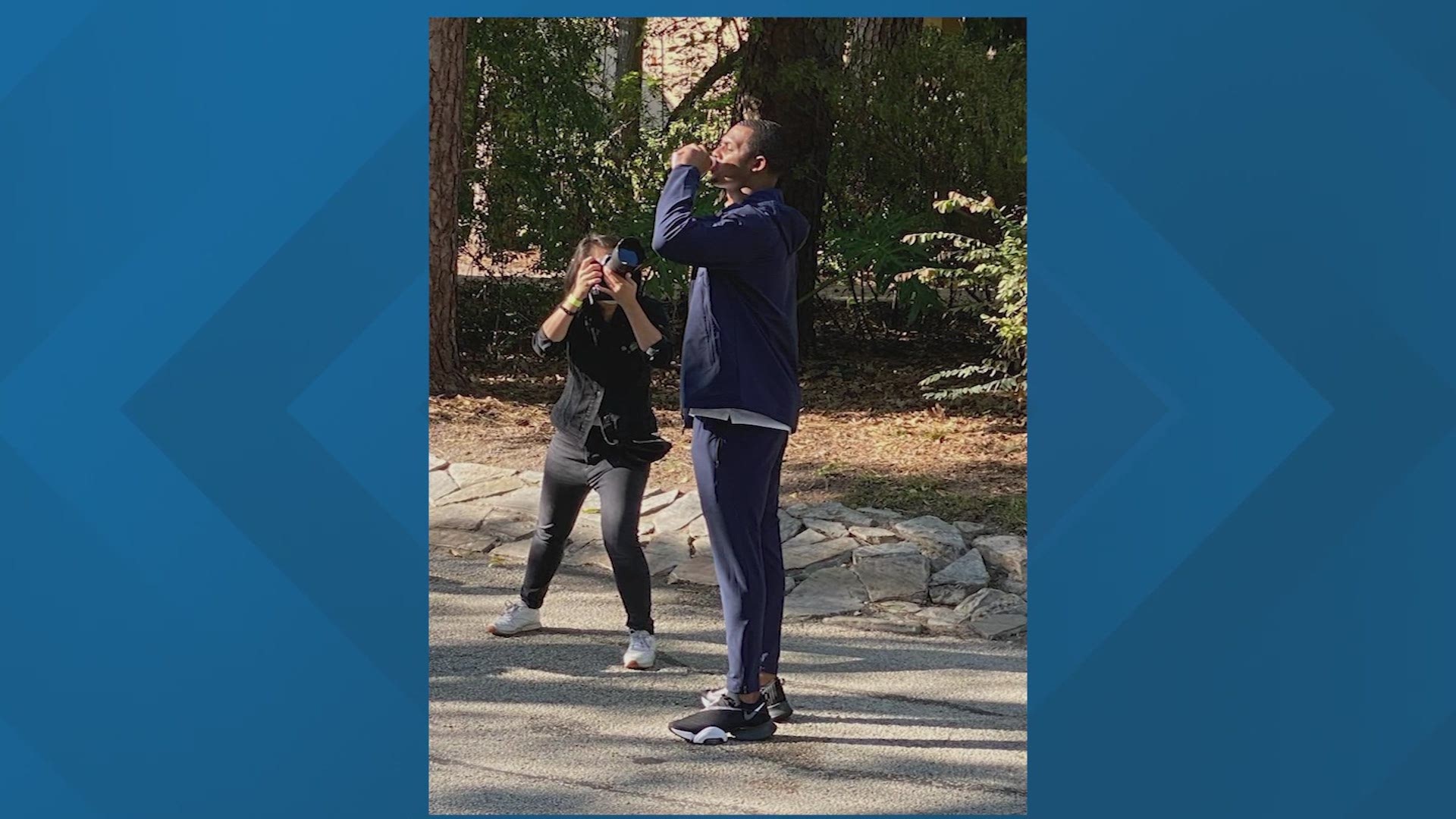 HOUSTON — Nike confirmed to KHOU 11 News on Wednesday morning that it has suspended its sponsorship deal with Texans quarterback Deshaun Watson because of the lawsuits and allegations against him.

“We are deeply concerned by the disturbing allegations and have suspended Deshaun Watson. We will continue to closely monitor the situation.”

Watson is backed by companies including Nike and Beats By Dre, CNBC reported. ESPN reported the Beats By Dre deal was also in jeopardy, but KHOU 11 News has not yet heard back from the company's owner, Apple.

H-E-B also released a statement regarding Watson who has appeared in their TV commercials the past few years:

"H-E-B’s relationship with Deshaun Watson ended with the Texans’ 2020 season. There are no plans for future engagement."

Watson is also sponsored by Reliant Energy. They released this statement to KHOU 11 early Wednesday afternoon:

"Reliant is aware of pending civil lawsuits and a criminal investigation involving Deshaun Watson, Houston Texans quarterback. Our relationship with Watson as a brand ambassador was scheduled to end this spring prior to these allegations, and there are no plans for future engagements or contracts with him. We take accusations of this nature very seriously. With respect to the legal process, we do not have any further comment on this matter."

There are unconfirmed reports that Beats by Dre dropped Watson. We reached out to the company but haven't heard back.

Helen Perry is a corporate and personal image consultant. She says Ashley Solis' emotional news conference was the tipping point.

“I think the massage therapist in tears was quite powerful and moving," Perry said.

Perry said Watson's image before the allegations was a lot different than what they are now.

“He was a small-town guy from Gainesville, Georgia. Four-year starter in his high school and then he came here and after Harvey, he gifted some of the cafeteria ladies $20,000," she said.

Perry said re-building his image can be tough, but it can be done. She pointed to Tiger Woods, who re-built his golf career after a sex scandal.

“He did not deny it. The best offense is no defense. He went to therapy and he made a comeback," Perry said.

The day before these announcements, the first woman to accuse Watson came forward at a live press conference. Watson's attorney said the accusations are the result of a failed blackmail attempt.

The first of 22 women to sue Deshaun Watson for sexual misconduct is no longer "Jane Doe No. 1."  Solis went public with her story for the first time at a news conference Tuesday.

"It has taken me a long time to get to this point to come out publicly and speak my truth. I was afraid. I’m not afraid anymore," Solis said. "I am here to take back the power and take back control."

Watson's attorney Rusty Hardin later fired back and said Tony Buzbee asked for $100,000 in "hush money" for Solis before filing the lawsuit against the Texans quarterback. (Scroll down for Hardin's full statement.)

The massage therapist said Watson sexually assaulted and harassed her in her home on March 30, 2020 after contacting her through Instagram.

According to the lawsuit, Watson repeatedly asked Solis to focus on his groin area. She said he “purposely” exposed himself and “purposely” touched her with his penis.