Katt Williams told police that Wanda Smith's husband, Lamorris Sellers, pulled a gun on him and pointed it in his face outside the Atlanta Comedy Theater. 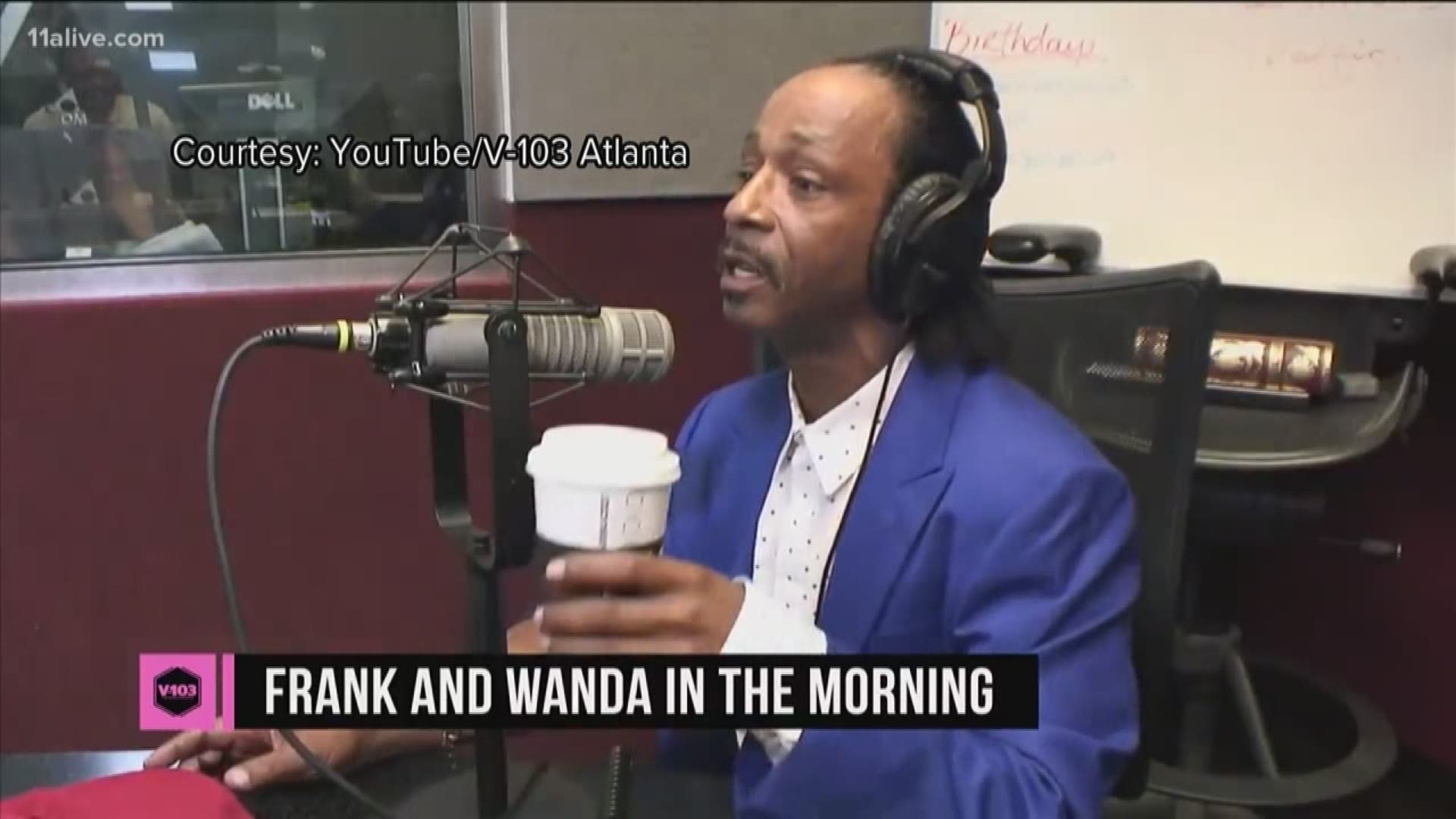 NORCROSS, Ga. - Comedian Katt Williams and Atlanta radio host Wanda Smith allegedly got into a fight outside the Atlanta Comedy Theater in Norcross that ended with Smith’s husband pulling a gun on Williams, according to a report from the Gwinnett County Police Department.

Smith and Williams reportedly started arguing at the club on Saturday, Sept. 15 at about 9:30 p.m. about an interview Smith did with Williams the week before. According to the police synopsis, Williams told police that Smith’s husband, Lamorris Sellers, pulled a gun on him and pointed it in his face.

Williams and his security guard ran to the Food Depot next door to meet with police.

Sellers told police that Williams had a verbal fight with Smith, and Williams indicated he wanted to fight, according to the report. Sellers approached Williams and chased him into the Food Depot, then turned back to the Atlanta Comedy Theater, police said.

Sellers admitted to police he had a gun, and that it fell from his waistband while he was chasing Williams, and he stopped to retrieve it, according to the report. He denied pointing a gun at anyone.

No independent witnesses came forward to talk with officers about what happened, according to police.

Gwinnett Police said they reviewed surveillance video from Food Mart and said Sellers and Williams were standing in an area not under surveillance when Sellers allegedly pointed the gun, according to an updated release.

11Alive obtained EXCLUSIVE surveillance video from Atlanta Comedy Theater that shows one angle of what happened.

The officer was told the Atlanta Comedy Theater has surveillance cameras but they could not be accessed at the time. Williams told police he did not wish the press charges.

Police said if the video surveillance shows any crimes, criminal charges could be filed.

"There is a lot of speculation and misinformation on the Internet about the incident with Katt Williams and Wanda Smith's husband. The verbal altercation took place outside in the parking lot and NOT inside the Atlanta Comedy Theater. One of our security guards witnessed the incident as well as helped quickly de-escalate the situation, and reported he saw NO gun at anytime. We are an upscale comedy club and employ in-house security as well as off-duty officers at every show. We admire and respect both Wanda Smith and Katt Williams for their work in the standup comedy field and this is just an unfortunate incident with two clashing personalities. It is our understanding Mr. Williams stated he did not want to press charges so all the talk seems to be much ado about nothing."

Wanda Smith: "He had an agenda to attack me."

On Monday's episode of V-103 FM Atlanta's "Frank and Wanda in the Morning," Smith said Williams confronted her after spotting her at the back door of the Atlanta Comedy Theater Saturday night.

"When I walked outside of the door, I saw Katt Williams and his body guard walking up towards the comedy club. He saw me and made a beeline to where I was," Smith said.

Smith said Williams started swearing at her in the street -- in front of her husband.

She shrugged her shoulders and said, "All the rumors that are out there, I just... I can't move forward."

Smith's co-host, Frank Ski, said they couldn't discuss the issue any more due to legal reasons.

The interview, which aired Friday, featured Williams and Smith going back and forth in a verbal assault viewed over 2 million times on YouTube. Williams took shots at Smith and other big stars, including mocking Tiffany Haddish.

She described Williams as having "attack eyes" during the interview -- and while he was taking shots at her, she tried to hold back.

"I didn't expect to be sitting here going back and forth with a legend like Katt Williams," Smith said. "When he started coming at me, it kind of threw me off. It felt like, as he started to talk in the beginning -- he had an agenda," Smith said.