How did an earthquake in North Carolina shake up Georgia? We asked an expert

People hundreds of miles away felt the 5.1 magnitude earthquake in North Carolina. Some were even awakened by it. 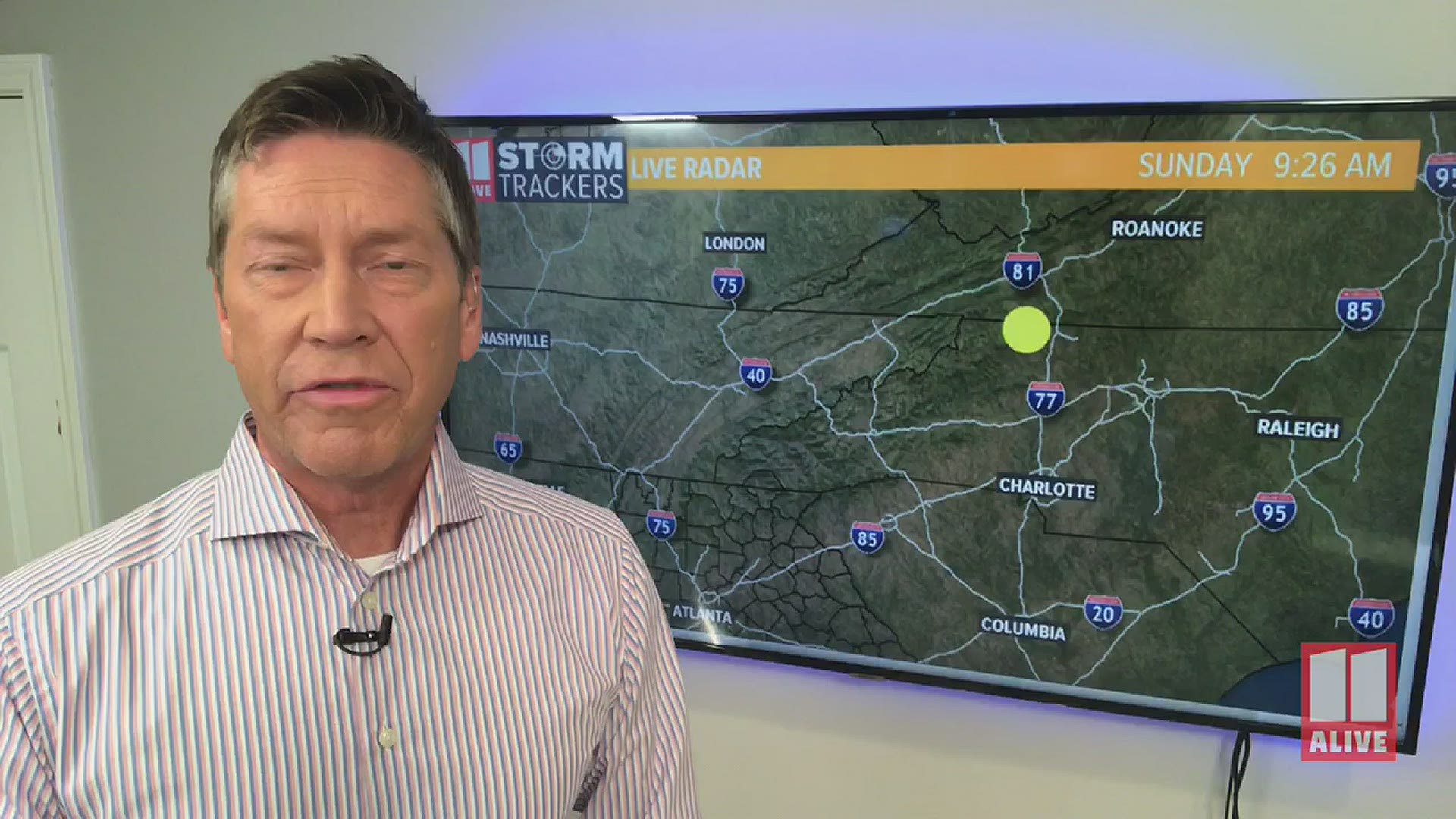 Sally Gustafson said it woke her up in Watkinsville, Georgia - almost 300 miles away.

"I was sleeping and there was movement enough to wake me up from my sleep,” Gustafson said.

Newman called this earthquake a “normal faulting” caused by the earth's crust being pulled apart. He said it was shallow - about 3 miles from the earth's surface. And it wasn’t an isolated event. Newman said it was an earthquake “swarm.”

"There were 11 earthquakes between the magnitude of 2.3 and 2.6 in the preceding few weeks - many in the 24 hours before," Newman said.

While an earthquake could happen anywhere, at any time, Newman said that, here in Atlanta and across North Georgia, we are more likely to be affected by cluster quakes from two other areas: Charleston, South Carolina, and the Eastern Tennessee Seismic Zone.

He described it as “a region of earthquakes that extends from Northeastern Tennessee on the western side of the Appalachian Mountains down through Northwest Georgia and running into Alabama.”

Newman said events like this are a good time to learn what to do if a stronger earthquake hits - and standing in a doorway is not the safest bet.

"You drop down to the ground, you try to cover yourself and the last thing is to hold on,” Newman said. “If you’re not in a place where you can take immediate cover under something, then you hold on to the back your head.”

Newman said aftershocks will probably follow this earthquake. They could be as strong as 5.1 but it’s much more likely that they’d be no stronger than a 4.1 magnitude quake. Those aftershocks could happen anytime from this next month to sometime next year.