Galloway said hearing that the officer shared the same first name as his son – Jason – hit home. He said he fought through tears to render aid. 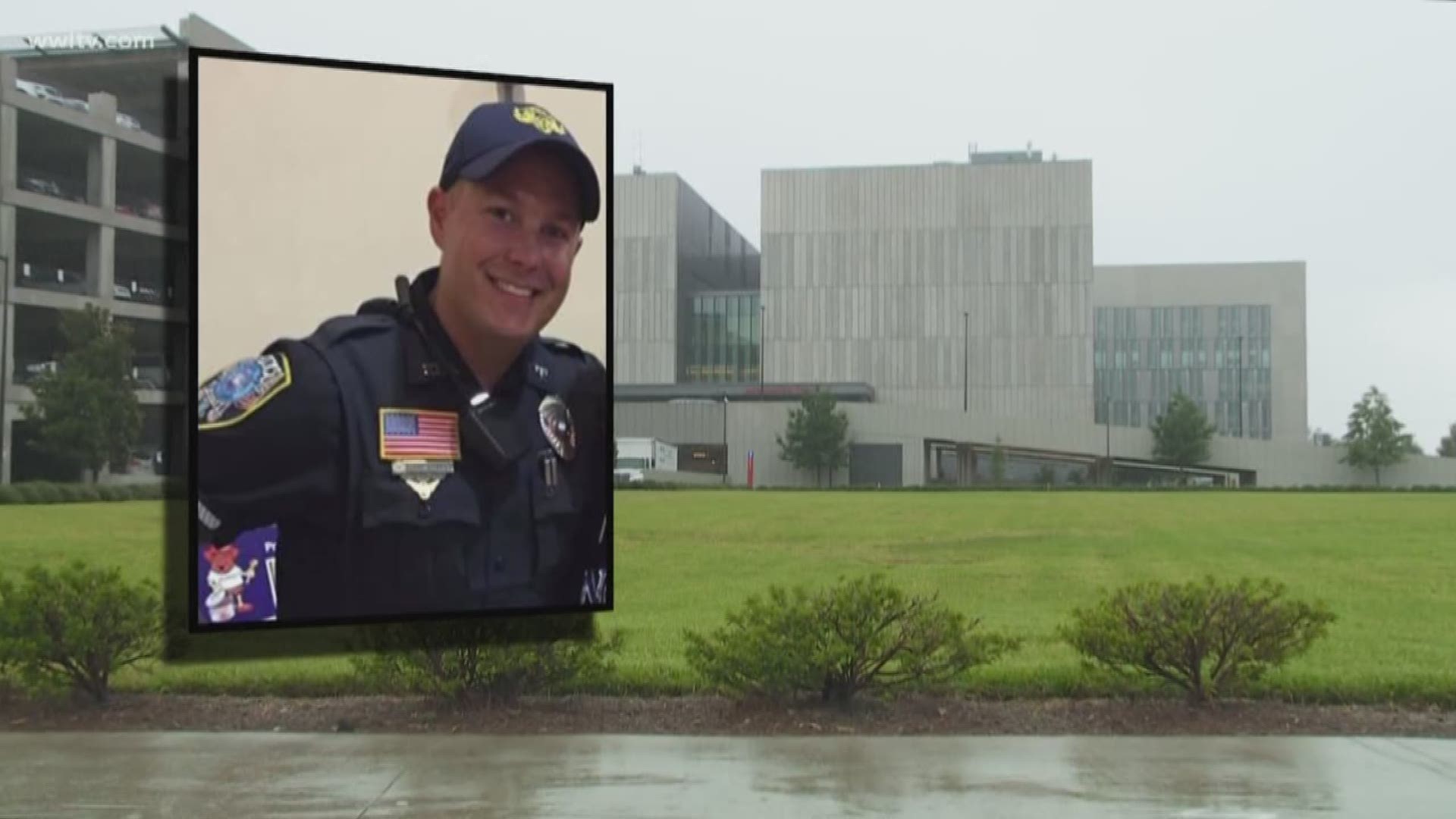 SLIDELL – A man riding in a procession to his son’s funeral rushed to aid a Slidell police officer who was seriously injured in a motorcycle accident Tuesday.

Officer Jason Seals was seriously injured and raced to University Medical Center with a convoy of officers. Wednesday he was said to be improving.

Adam Galloway, a paramedic, was in the procession on the way to the Veterans Cemetery in Slidell to bury his son Private First Class Jason Decker, when he saw the motorcycle of Officer Jason Seals lying in the roadway.

Galloway’s son had died of a medical condition in Fort Hood last week. Galloway put aside his grief, got out of his vehicle and rushed to the aid of Seals.

“I was trained to do that and I did,” said Galloway. “I tried to do what I could for him.”

Police spokesman Daniel Seuzeneau said Seals’ motorcycle struck another vehicle that drove into his path as he was working with the procession. Seuzeneau said he was thrown 50 feet from his motorcycle.

“For him to still be with us right now is nothing short of a miracle,” said Seuzeneau. “God was with him. There’s no question about it.”

Galloway said he was trained to come to the aid of serious, immediate injuries. He said he could tell that Seals’ situation was serious.

“He had labored breathing, possibly a head injury,” he said. “He wasn’t responding until, eventually he responded when somebody called his name a few times and he actually gripped my ex-wife’s hand.

Galloway said hearing that the officer shared the same first name as his son – Jason – hit home. He said he fought through tears to render aid.

“We’re limited in what we can say,” said Seuzeneau. “He’s stable and improving every hour.”