He's as energetic as he is generous. RJ Bourgeois started earning money by doing chores over the summer to buy toys for young hospital patients this Christmas. 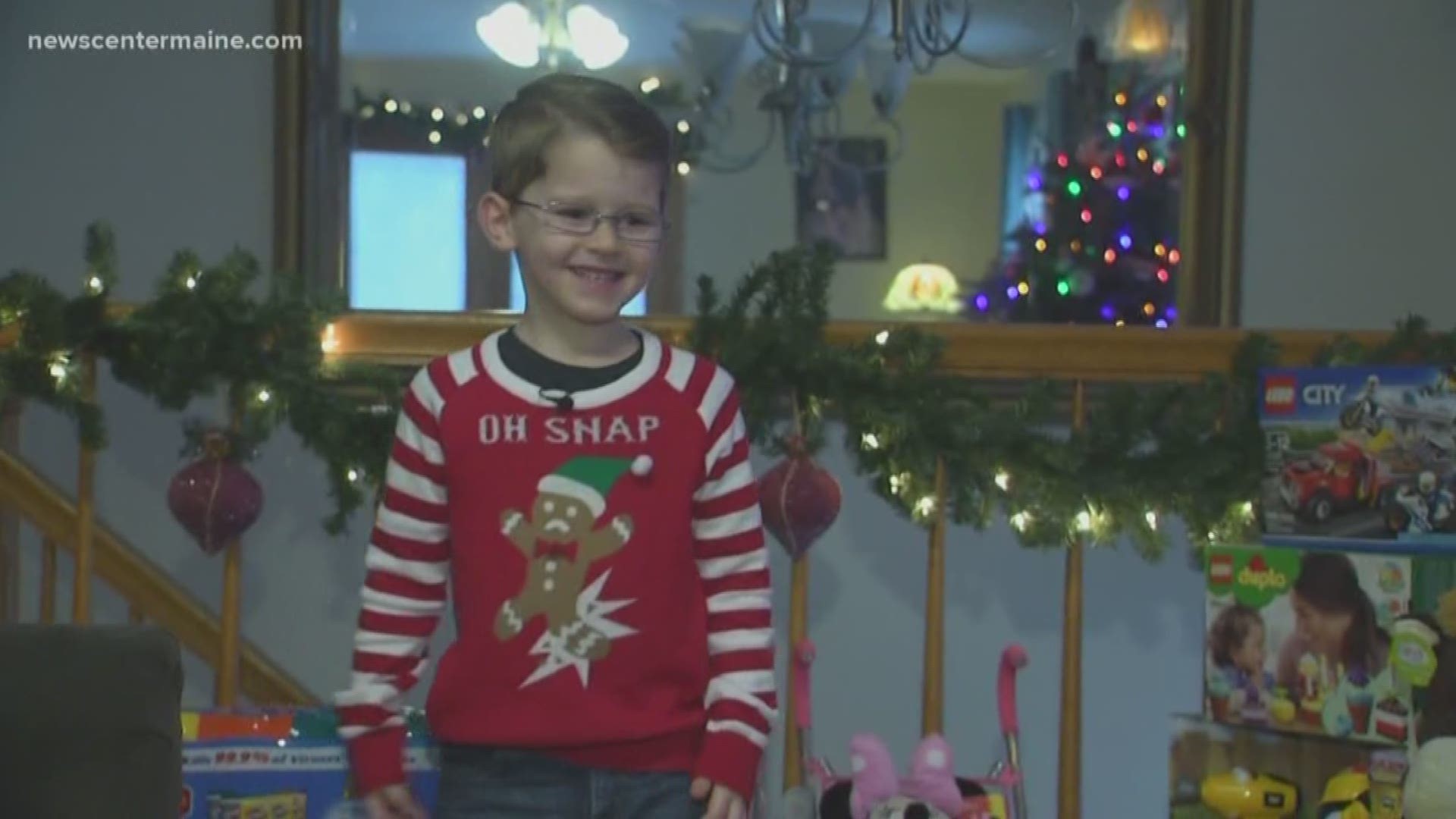 It's Friday December 21st, but from the looks of it, you'd think Santa already arrived at the Bourgeois family's home in Greene.

"Oh snap!" said RJ Bourgeois. It's what the text on his sweater says.

For this 6-year-old and his younger sister, there's still a few more sleeps until Christmas day.

He's been working on something for a while now, though. Since the summer, actually. His mission: to help young patients at the Barbara Bush Children's Hospital and the staff of Ronald McDonald House Charities of Maine.

"They could have a little more Christmas cheer!" RJ exclaimed.

His reason: he used to be a patient, too.

"Five days before his due date we thought he had run out of room but we went in to get checked out and found out he was in distress," said RJ's mom, Brianna Bourgeois.

She was rushed by ambulance to Maine Medical Center where she had an emergency C-section. When he was born, RJ had seizures.

"His body was pretty much full of fluid," said Bourgeois.

He had a life-threatening condition called hydrops fetalis, and needed intensive care.

"I couldn't eat and drink and breathe on my own," explained RJ. "I had a lot of fluid where it wasn't supposed to be. Luckily they saved my life!"

"He probably wouldn't have made it if we waited another day," said Brianna Bourgeois. "So we're very grateful."

Every year, with help from his parents, RJ bakes cookies for the Ronald McDonald House Charities of Maine. This year he baked a thousand and they were all different shapes and flavors.

"We put it out on Facebook," said RJ's dad Richard Bourgeois. "Thought it would be a couple hundred bucks, that'd be great."

A few weeks later: RJ had collected $4,100. So he used it to buy three shopping days worth of toys.

"We bought them with all of my fundraising money!" he said.

One batch was delivered already and he'll drop off the rest Saturday, with help from Santa.

It's clear RJ is passionate about his Legos and helping others. Two things that go well together this time of year.

RJ is already planning for next year.