A Senior Buyer for Sam’s Club in NWA, Dion had what he describes as a “God moment” and decided to run marathons around the world to raise money for local charities. 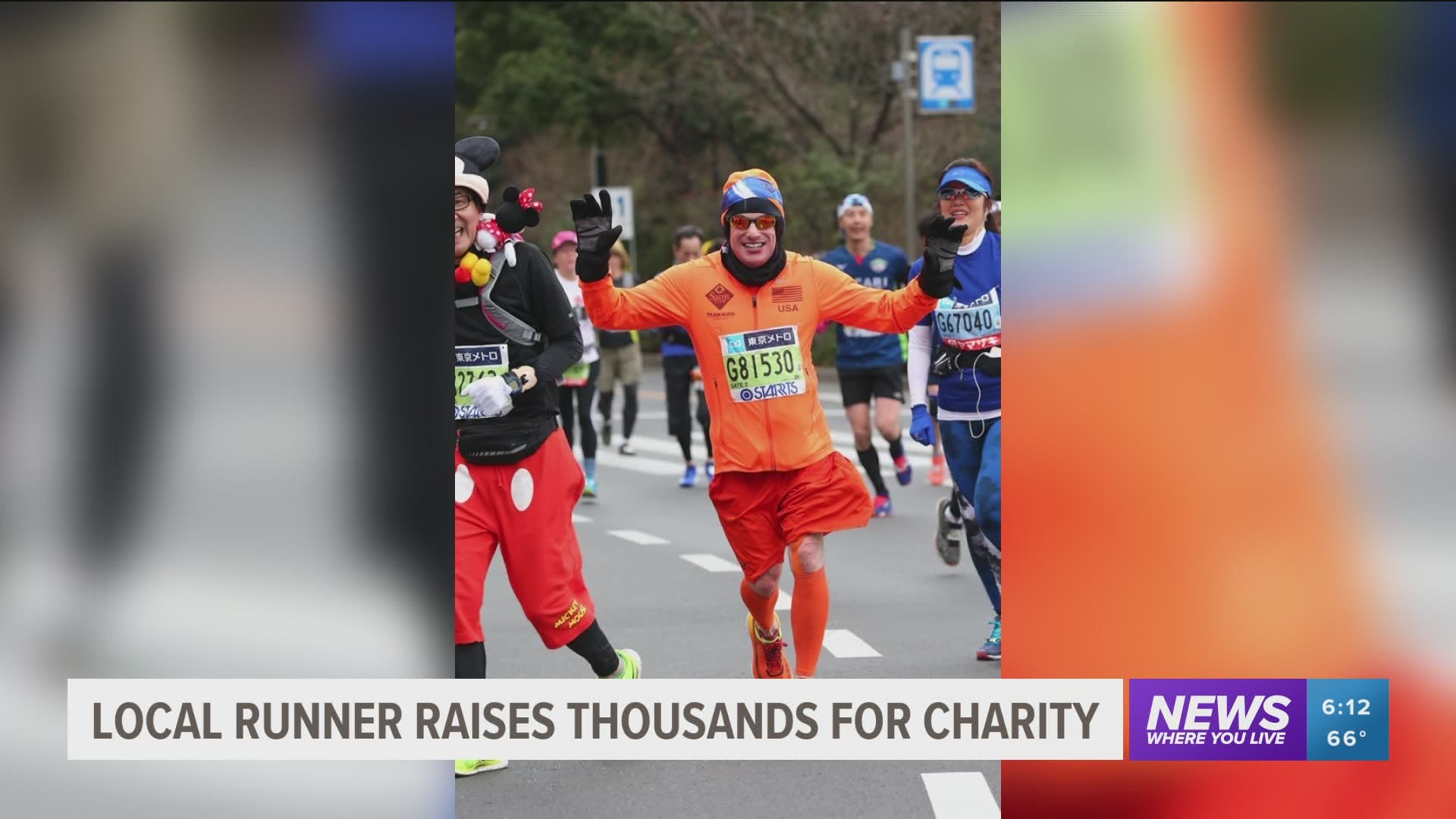 ROGERS, Arkansas — When the coronavirus pandemic hit, a hall-of-fame marathon runner from Northwest Arkansas set out on a journey to raise $110,000 for a Rogers and Springdale based charity by Dec. 31, and he needs the community's continued support in crossing the finish line in time.

Back in late 2014, Art Dion, a Senior Buyer for Sam’s Club in NWA, had what he describes as a “God Moment” and decided he wanted to run marathons around the world and raise money for local charities along the way.

Since then he has run the Boston Marathon twice, as well as marathons in Tokyo, Berlin, London, Chicago and New York City and was inducted into the Abbott Marathon Hall of Fame.

Six years later he has raised over $93,000 for charities, which went to causes such as the ALS Association of Arkansas and Team for Kids.

When asked about his success, Art says, "I give 100% of the credit to the Associates of Sam’s Club and Walmart, who have donated at a high level as well as his family, friends and the NWA community."

Art says he is proud to work for Sam's Club and Walmart. He says the DNA of the company is giving back to others.

Art, his girlfriend, Deborah Dage, and his daughter, Amy, make up the Super Fantastic Charity Marathoning Team, and their goal is to raise money for local charities through running marathons worldwide.

Most of this year, marathons had to be canceled in an effort to stop the spread of COVID-19, but when the Samaritan Community Center (SCC) in Northwest Arkansas ran out of supplies due to pandemic caused food-drive cancelations, Art saw there was a more urgent need for help in the community than ever before.

Art says the number of people that need help with food is up more than 419% from last year. That's when he started his first online "Fun-Raising Marathon" for SCC, hoping he would still be able to make a difference, and a difference he certainly made.

"I'm a marathon runner who runs marathons for charity, but right now all the marathons are shut down just like everything else so I'm running a "Fun-Raising Marathon," it's kind of a play on words. The Samaritan community center is the place that is just off the charts as far as what they do for people in northwest Arkansas," said Art.

Art believes in the good works of SCC and says it has provided groceries for 13,300 families in Northwest Arkansas and Northeast Oklahoma, 66,957 hot meals and 106,122 kids' meals since COVID-19 started.

To learn about the impact SCC makes in the community, visit www.samcc.org or click here.

Super Fantastic Charity Marathoning team knows that individuals don't win, teams do, and they need you on their team. Your support helps them provide hope to those who are hurting or hungry in Northwest Arkansas.

"We are doing another 'Fun-Raising Marathon" now through the end of the year. Every dollar counts," Art said.

To give to Art Dion’s "Fun-raising Marathon" and to support Samaritan Community Center, visit www.samcc.org or click here.

Art also plans on being one of 423 marathon runners to run marathons on all 7 Continents while continuing to raise money for charity. His next race will be an Arctic marathon ran at the South Pole in Dec. 2021.

Since COVID-19 started in March, the Samaritan Community Center has:

Samaritan Community Center is a registered 501(c)(3) in the state of Arkansas. All donations will receive a tax receipt and are eligible for deduction.