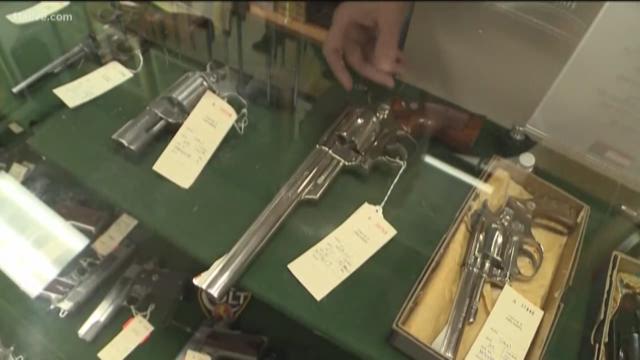 ATLANTA -- An obscure Georgia gun law is expected to get some attention in the coming session of the Georgia legislature. The law requires police agencies to sell guns confiscated in burglary and robbery cases. A bill has already been filed to repeal it.

The Atlanta Police Department has thousands of confiscated guns sitting in its property room – despite a law on the books requiring APD and other police agencies to do so.

"I think guns off the street is a good thing. Let's leave them off the street," said state Sen. Elena Parent (D-Atlanta), when asked her opinion about the law.

But five years ago, the Georgia legislature quietly passed a law that requires police agencies to sell firearms confiscated during some criminal investigations. The buyers have to be licensed gun dealers. Jerry Henry, a second-amendment advocate with Georgia Carry, says the law makes sense.

"There's no need to destroy the firearms," Henry said. "It's not just putting them back on the street. It's selling them to law-abiding citizens."

Parent disagrees. "I think it's insane," she said, adding that she'll back an effort starting next month that would effectively repeal the law, giving law enforcement the option to destroy confiscated weapons instead of selling them. "The law that requires police departments to sell weapons confiscated as part of crimes back into the public, I think, makes no sense whatsoever," she said.

But Henry says the argument to repeal the law is an emotional one, not a logical one.

"Just because somebody committed a crime with (a gun) doesn't mean that the next person is going to commit a crime with it," Henry said.

Henry says cities can supplement their treasuries by selling confiscated guns. Although the law is on the books, it has no teeth—which explains why the city of Atlanta has declined to follow the law and sell its thousands of confiscated guns.