All of the victims were transported to the hospital. 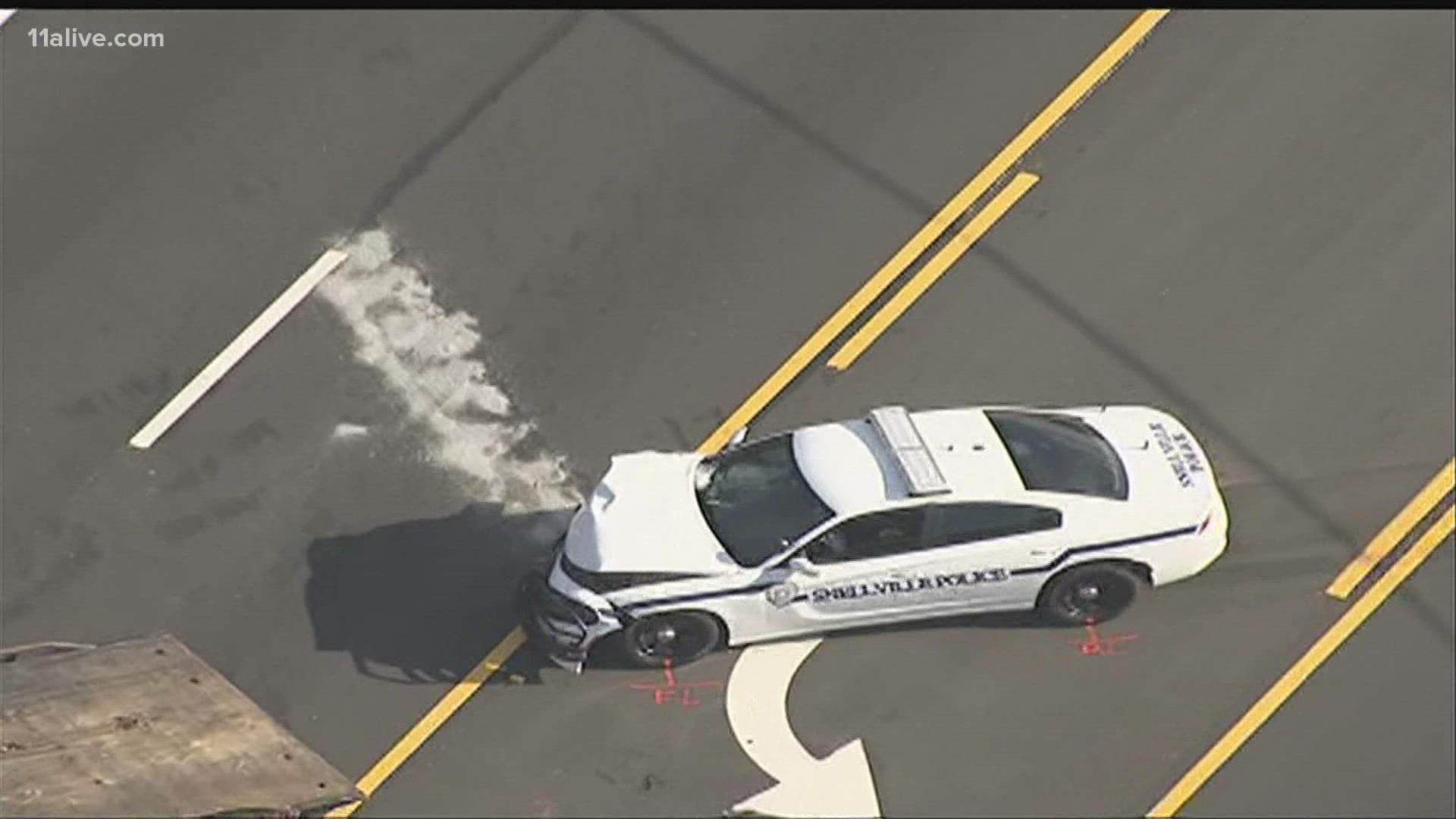 SNELLVILLE, Ga. — A police officer and two others were injured in a crash Thursday afternoon in Snellville, according to police.

Scenic Highway was shut down between Wisteria Drive and Dogwood Road as they investigated. Snellville Police Dept. Det. Jeff Manley said the officer was responding to a different accident when it happened.

All of the victims were transported to the hospital.

Hours after the crash, the Snellville Police Department posted an updated on Facebook that the officer was "doing well " and should be released soon from the hospital.

"The two other people that were transported to the hospital are being treated for some serious but non-life threatening injuries," the post said. "The Georgia State Patrol is the investigating agency for the accident."

Update: Roadway open. Many are asking about our officer involved in the accident. He is doing well, and should be...