The Fulton County District Attorney confirmed on Friday that the now- former officer involved in the deadly shooting of an unarmed man in midtown will be taken into custody on charges of felony murder and aggravated assault. 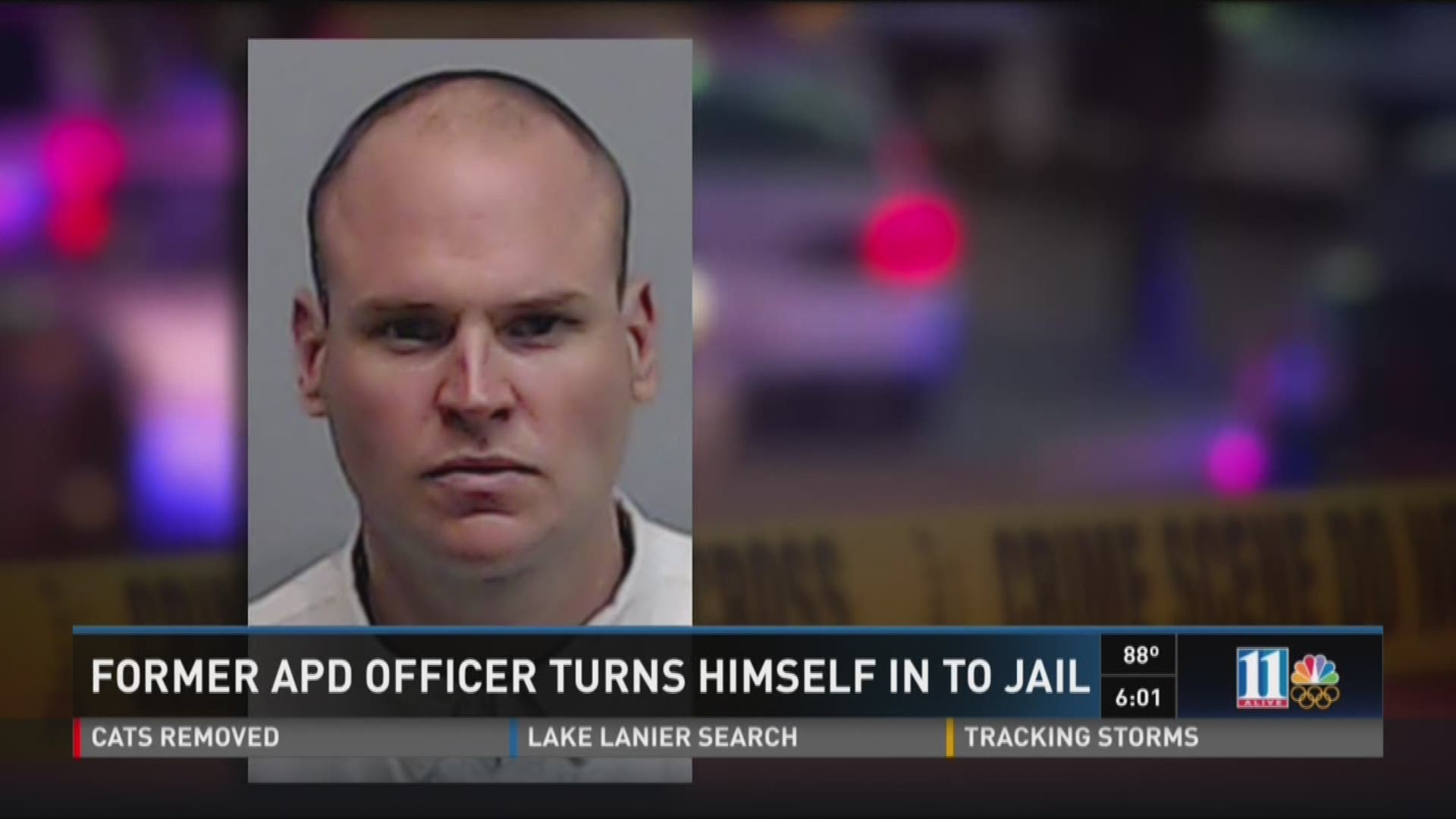 ATLANTA -- The Fulton County District Attorney confirmed on Friday that the now-former Atlanta Police officer involved in the deadly shooting of an unarmed man in midtown will be taken into custody on charges of felony murder and aggravated assault.

On Saturday, Officer James Burns turned himself in to authorities at the Fulton County jail, where he was booked and processed into the system.

It all stems from an incident on June 22 when Burns -- who has since been fired -- shot and killed Deravis Caine Rogers on Monroe Place, NE, in Atlanta.

When Burns drove onto Monroe Place, Rogers started to drive away.

But Friday the district attorney's office said Rogers made no attempt to run over and kill Burns, as Burns had claimed, and Burns had gotten out and was standing safely at the rear of his own patrol car. Despite this, Burns fired once into the passenger window of Rogers's car as it passed by him, killing him.

Burns had driven to Monroe Place in the first place because another officer had called for help. That officer had been trying to catch an apparent suspect in a nearby apartment complex.

"My office has investigated this matter jointly with the GBI since it’s occurrence on June 22, 2016," District Attorney Paul Howard Jr. said. "But it is because of the decisive leadership of Atlanta Police Chief George Turner and the work of GBI Director Vernon Keenan, that the district attorney’s office is prepared to reach evidentiary conclusions in this case involving a police shooting at this early stage of the proceedings."

He added that "by reason of evidence presented by several eye-witnesses, videos and findings of the Atlanta Police Department, we will proceed in this case in the same manner as any other defendant similarly charged - arrest, indictment and resolution."

The case will be presented before a Fulton County Grand Jury in early August for possible indictment.

As of late Friday, it was unclear whether Burns would be taken into custody or allowed to turn himself in.

Burns' attorney did not respond to messages asking for comment.

Under a new Georgia law that just took effect, when Burns' case goes before the Grand Jury, he will still be allowed to make a statement, but he will no longer get the last word.

According to the new law, prosecutors will be allowed to cross-examine Burns. In effect, prosecutors will now get the last word prior to the Grand Jury deciding whether to indict Burns. Prosecutors believe the new law will make it easier to gain indictments against officers accused of felony crimes.