It is the 84th officer-involved shooting the GBI has been requested to investigate this year. 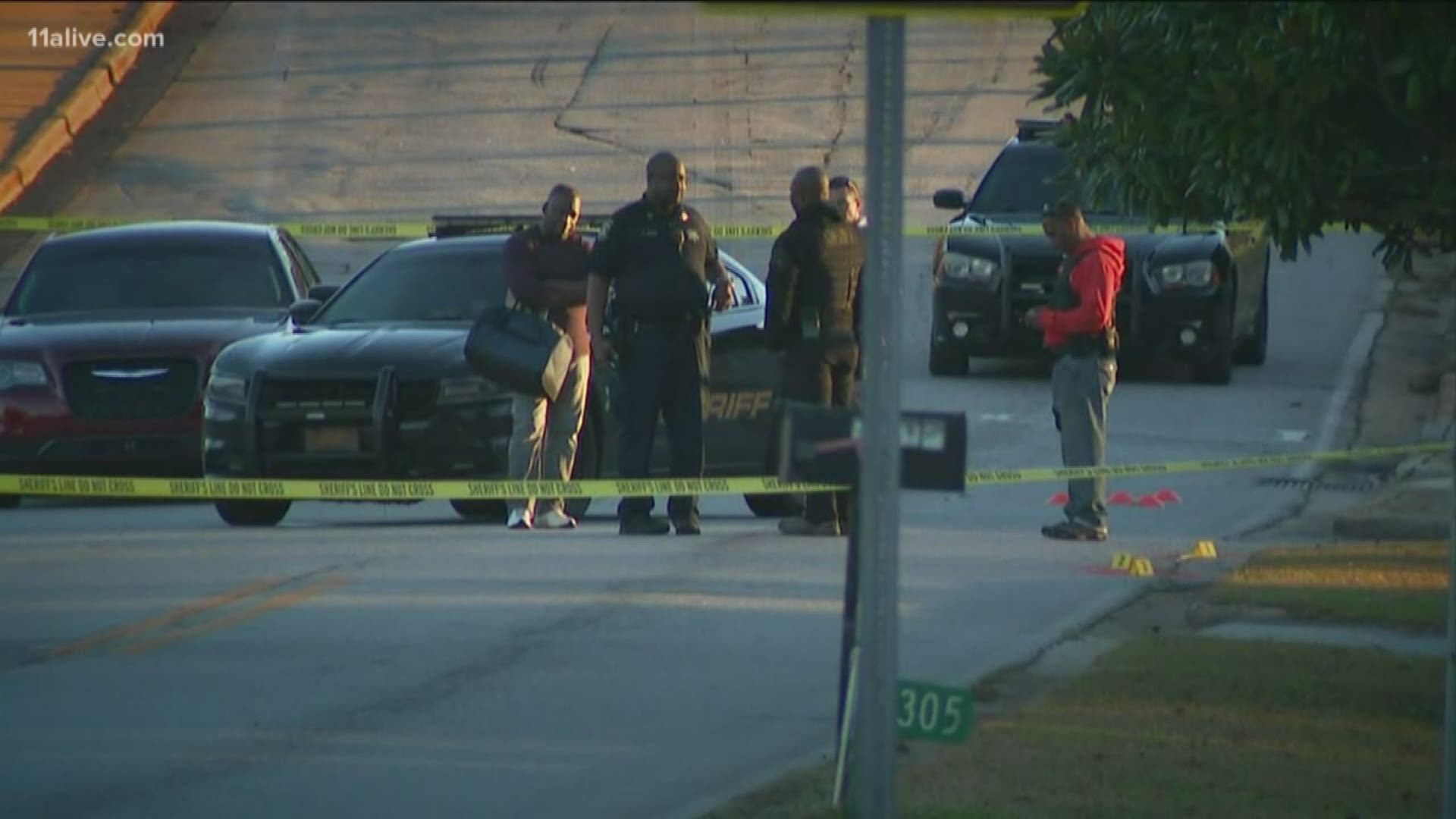 CLAYTON COUNTY, Ga. — Clayton County Sheriff Victor Hill says a deputy was injured and a suspect was killed in an officer-involved shooting on Wednesday.

It is the second shooting involving a Clayton County sheriff's deputy in two days.

The Georgia Bureau of Investigation, who is the lead investigator, says that at approximately 9:47 a.m., CCSO deputies attempted to stop a vehicle on I-285 near Riverdale Road in Clayton County for speeding. They said during the attempted stop, deputies were alerted that the vehicle was stolen out of the city of South Fulton. The vehicle failed to stop, and a pursuit ensued.

The vehicle led deputies to the 4500 block of Ridge Road in Atlanta which is a dead-end. The vehicle then turned around and headed toward the deputies.

Nelly Miles, a spokeswoman with the GBI said that at the dead-end, several deputies had exited their vehicles and one of those deputies reported being struck by the fleeing car. The stolen vehicle struck two CCSO patrol vehicles as it attempted to elude the deputies.

She said that's when CCSO deputies fired their weapons at the vehicle and the driver was struck. CCSO deputies rendered medical aid at the scene.

The driver, identified as Deangelo Rashad Martin, 23, of Union City, was taken to Grady Memorial Hospital where he later died.

We dug into Martin's background. Records show he spent time in jail for hijacking a motor vehicle, armed robbery and other felonies as recently as August of this year.

The officer who was reportedly struck by the vehicle was also taken to Grady Memorial Hospital with non-life-threatening injuries and later released. No other officers were injured.

The GBI will continue its independent investigation and once completed it will be reviewed by the Fulton County District Attorney’s Office.

On Tuesday, a deputy shot a suspect wanted on multiple warrants during a pursuit.

In that incident, according to an initial GBI report, a sheriff's deputy tried to pull over a truck driven by 24-year-old Donald Clark Wright III off Jonesboro Road in Morrow, after being alerted that the vehicle was connected to a wanted person.

The GBI said Wright initially stopped, but then sped off. Authorities said the deputy followed the truck, until it wrecked a few miles away off Phillips Road in Lake City. The GBI said the deputy fired his gun, hitting Wright once. Wright then ran tried to run away, the GBI said, but he was later caught off Helen Street.

Wright was taken to the Atlanta Medical Center, where he was listed as stable. He is expected to survive. No deputies or officers were injured.