What we know about Atlanta officer shot during ambush

APD Chief Rodney Bryant said the officer was shot in the face and is in stable condition. 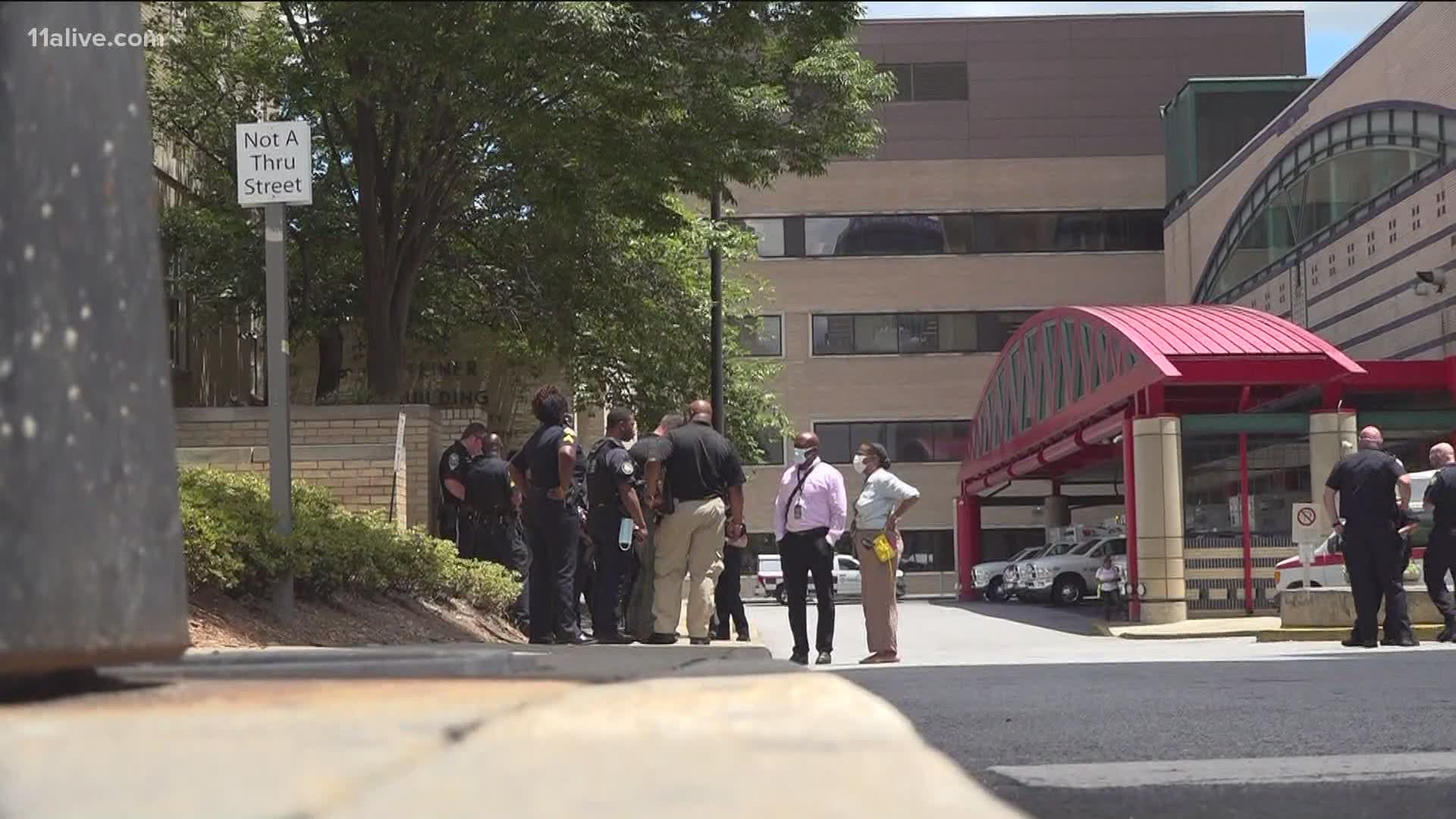 ATLANTA — An Atlanta Police officer is being surrounded by family and his brothers and sisters on the police force after he was shot during an ambush Wednesday afternoon in Midtown, authorities said.

Here is what we learned about the cop who was hurt.

Who was the Atlanta police officer injured?

The Atlanta officer who was shot was identified Thursday as Khuong Thai. He was taken to the hospital with injuries that the Georgia Bureau of Investigation said were not life-threatening.

Chief Bryant said the officer has been with the department for about two years.

Where did the ambush happen?

The incident happened as officials said officers were responding to a "shots fired" call at an apartment building located at 710 Peachtree Street, the Solace on Peachtree Apartments.

"Two officers did go into the building, upon exiting the elevator, they were immediately approached with gunfire," APD Deputy Chief Charles Hampton Jr. said. "Officers were able to return fire where we believe that one suspect was fatally struck. Officers then were escorted downstairs and transported to Grady Hospital."

Where was the officer shot?

Chief Bryant said the officer hurt was hit in the face.

Bryant also mentioned that a second officer was involved in traffic accident responding to shooting scene. He is in stable condition.

What is the officer's condition?

Bryant said he spoke with the officer and he was coherent. He said he is in stable condition and is with family.

"The officer sustained an injury to the face," Bryant said. "He is awake and speaking."

"We will continue to support his family as well as the officer that was with him at the time of the incident," he added.

The officer is being treated at Grady Hospital.

Additional information about the shooting

Bryant called the officers heroic for their actions. He was also planning to go meet with the second officer who was on the scene during the ambush.

"I've been here on this police department now 32 plus years and to see the extent of the events that played out today, it is without doubt these are some of the most heroic people to respond to an incident in the city of Atlanta.

The suspect who allegedly fired at Thai, who was also identified Thursday as 29-year-old Joseph Lee Humbles, was killed in the incident.