"It's 'cuckoo for Cocoa Puffs'" 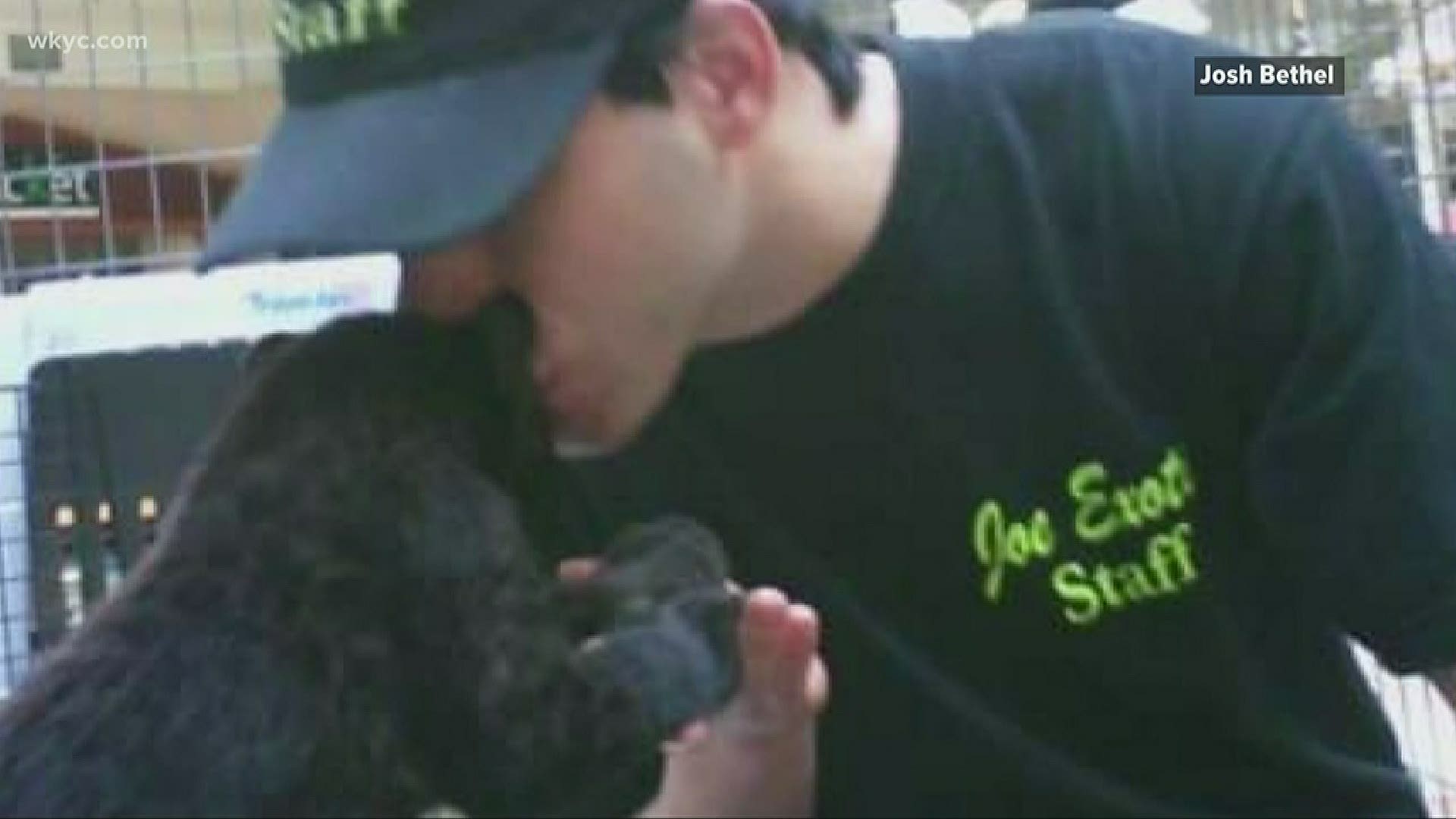 CLEVELAND — By now, there is a good chance that you have seen “Tiger King.”

The docu-series on Netflix has become an obsession for tens of millions of Americans who are stuck in quarantine.

At the center of it is a feud between Joe Exotic, a zookeeper from Oklahoma, and his nemesis Carole Baskin, who runs a big cat sanctuary in Florida.

Baskin wants to shut down Exotic, who once employed Josh Bethel of Findlay, Ohio.

From 2009 to 2011, Bethel was Exotic’s magic assistant, collected donations, and made sure that people were not bitten by animals when they took their show on the road.

He also worked on the compound in Oklahoma, but says he was terminated after taking pictures of the facility, which was not permitted.

He maintains that he and Exotic remain on good terms, however.

“Intense,” is how Bethel described Exotic. “But it was his passion for animals…he had a big high turnover rate because nobody wanted to work for him because he was, you know, mean.”

Bethel does not appear in the series, yet still has a lot to say about the conspiracy theories involving his former boss.

For example, he does not believe that Exotic, who is serving time in prison, ever hired a hitman.

“I don’t think Joe did it, I think it was set up,” Bethel said. “I think if Carole Baskin could get away with killing her husband, then I think that she could get away with plotting this. Or, there are some shady people at the park that could also set that up.”

Investigators in Florida have since reopened the cold case involving Baskin’s ex, while we may may not have seen the last episode of Tiger King.

The zoo’s current owner, Jeff Lowe, revealed there is still another one to come.

Bethel tells 3News he hopes there will be another season and to be a part of it.

Though he said working for Exotic was hard, he said he never witnessed any animal abuse, and would do it all over again.

RELATED: The latest binge-worthy new shows on Netflix and Hulu