A large piece of land in DeKalb is the subject of debate. Here's why.

Citizens of the city of Atlanta and DeKalb County will have two chances to voices their opinions on the matter. 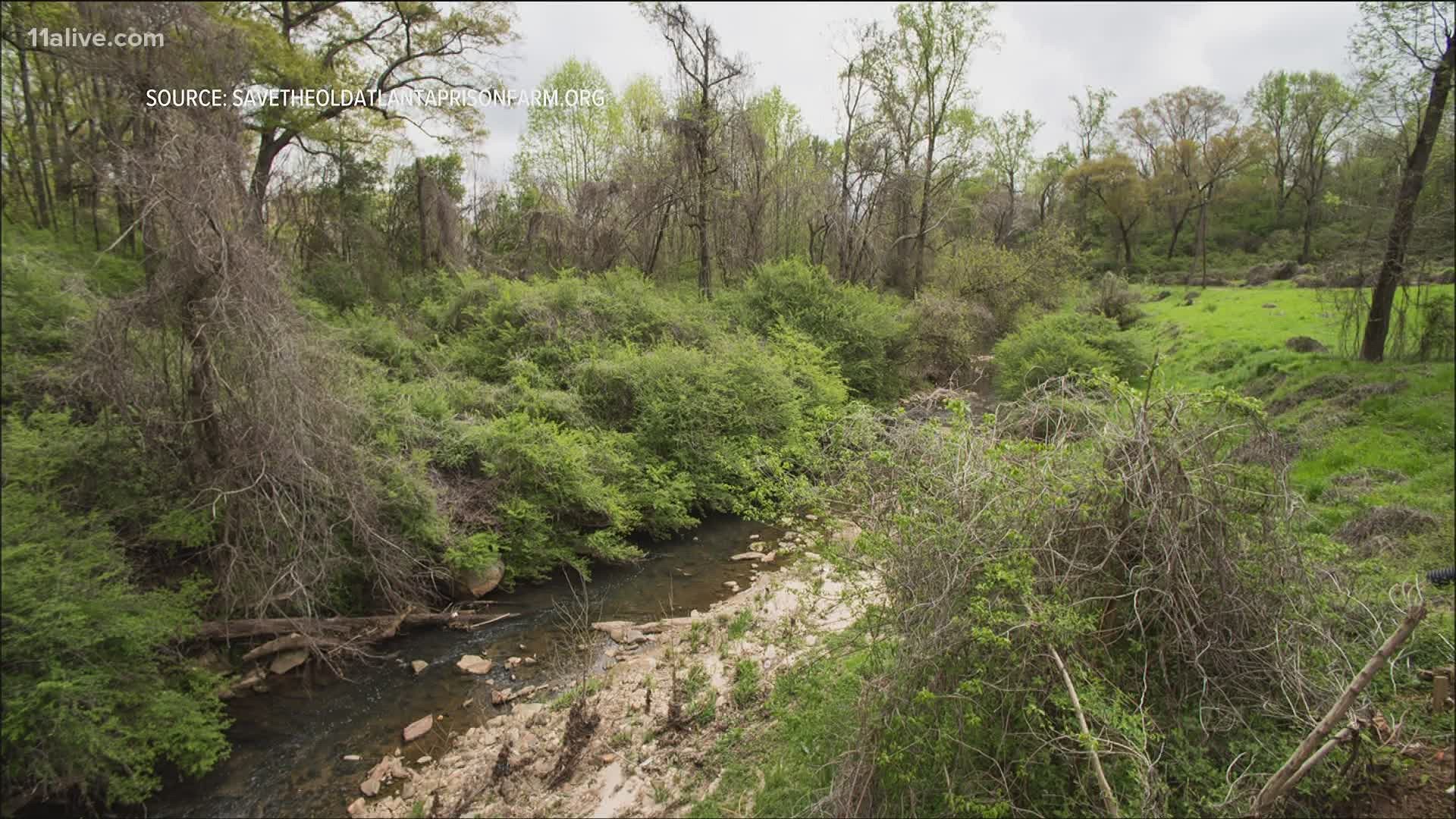 ATLANTA — Why is 150 acres of city-owned land in Atlanta the subject of debate recently? It's not the land itself, but what a recent ordinance proposes the city do with the land.

A recent ordinance would see the Atlanta Police Foundation obtain 150 acres of the old Atlanta prison farm and build an updated training facility on the site.

A mock-up of the campus should it would have shooting ranges, classroom, and an auditorium for police, fire, and rescue teams to use for real-world training.

Atlanta City Councilmember Joyce Sheperd sponsored the ordinance, which all members of the council voted to move to public safety committee on June 6th. The ordinance reads in part the facility would allow "the Atlanta Police Department to make strides in public safety that focus on designing community programs that enhance safety in Atlanta neighborhoods and strengthen relationships between citizens and law enforcement, training the best-in-class police department and seeking innovative solutions to further public safety."

But several people called into the meeting, voicing strong opposition to the idea of the facility.

And one simply said, “I fully oppose the leasing of forested land to the Atlanta Police Foundation for the building of a training facility.”

Supporters believe the current training facility is outdated and a new one could help recruit and retain officers, thus driving down crime.

But opponents, like activist Mina Turabi, think the facility would hurt the surrounding communities.

“This area has been so underserved for the past 20 years that this is the only green area that they have," Turabi said.

The land is nearby low-income communities, uncared for homes, homeless citizens, and the APD Zone 3 precinct.

"We always see cops in this area. It's already over-policed an impoverished area."

During the June 6 meeting, several callers voiced their disdain over the council not consulting the people who live in the surrounding areas before making a decision.

“They think either we or they’re lower income or not educated or don’t know how to talk or anything like that, but a lot of what they say makes more sense than anybody," said one man, identifying himself as Bobby.

A woman, who didn't want to give her name, but said she lived in the neighboring low-income apartment complex, Santa Fe Villas, said “people continue to take away from a community, while we’re being pushed out of a community.”

Turabi, who's protested with others against the idea of the training facility for several weeks, isn't sure planting the campus in the area will sold growing problems.

“We’re talking about public safety, (but) we need to talk about the root of crime rather than be reactive to it all the time. If we build jobs here, if we actually educate people on how to be civilized society members, crime wouldn’t happen," she explained. “This area specifically should be built to have recreational facilities to train young people on how to be an entrepreneur. This should be (an area for) training individuals who are getting out of our prison system on how to integrate back into society. The green areas we do have needs to go towards homelessness and affordable living.”

Some believe the land should be cared for, turned into parks and preserved as the "largest remaining green space inside the perimeter," according to the SaveTheOldAtlantaPrisonFarm website.