A Baby Yoda is watching over the BeltLine 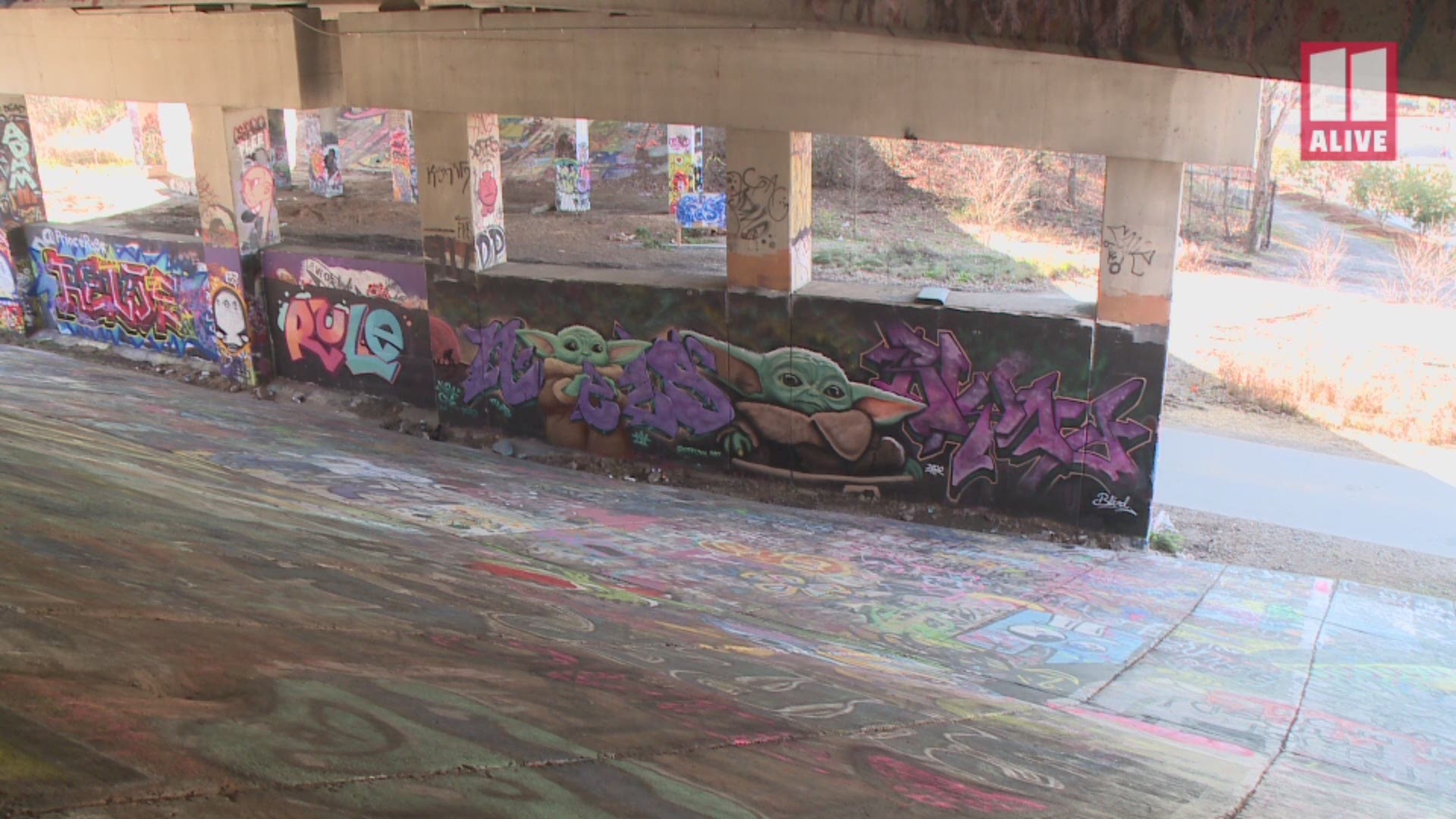 ATLANTA — While heading down the Atlanta BeltLine, approaching the Freedom Parkway underpass, Star Wars fans are being greeted by a familiar character on one wall.

With his large doe-shaped eyes, the unnamed character has captured the hearts of fans around the world without saying a word in the new Disney Plus streaming series "The Mandalorian," which just completed its first season.

Dubbed "Baby Yoda," for his resemblance to the older character from the classic Star Wars movies, the mural of the baby is catching the eyes of fans from all over metro Atlanta.

Two local artists, Nels G. and Chris Veal, collaborated on the piece, which shows two different poses of the character from the eight-episode series.

According to Nels G., it took about six hours on New Year's Day to put the piece on the underpass.

He said that he picked the character, not only as a symbol of the new year, but for its connection to younger Star Wars fans, who may not be as familiar with the older films and its characters.

"The Mandalorian" is set about five years following the end of the events in 1983's "Return of the Jedi" and about 25 years prior to the events of 2015's "The Force Awakens." It follows the exploits of a bounty hunter who usually travels alone among frontier worlds.

The series was created by Jon Favreau and has been compared to a space western more than the classic space opera of other Star Wars stories.

The "Baby Yoda" character is definitely the breakout star of the series. A non-official Twitter parody account, @BabyYodaBaby, quickly gained more than 235,000 followers in a short period of time, only on viral spreading of its existence.

Nels G said he expects the mural to remain for "a while," and that he and Chris will refresh it as they need to, over the upcoming weeks.

Other samples of their work can be found on their Instagram pages: @grafilthy_art and @caveal.

As for fans looking for more adventures with Mando and Baby Yoda, Favreau has already announced that a second season of The Mandalorian will premiere on Disney Plus later in the fall of 2020.

Tyler Perry: I write my own stuff

Georgia productions up for Golden Globes