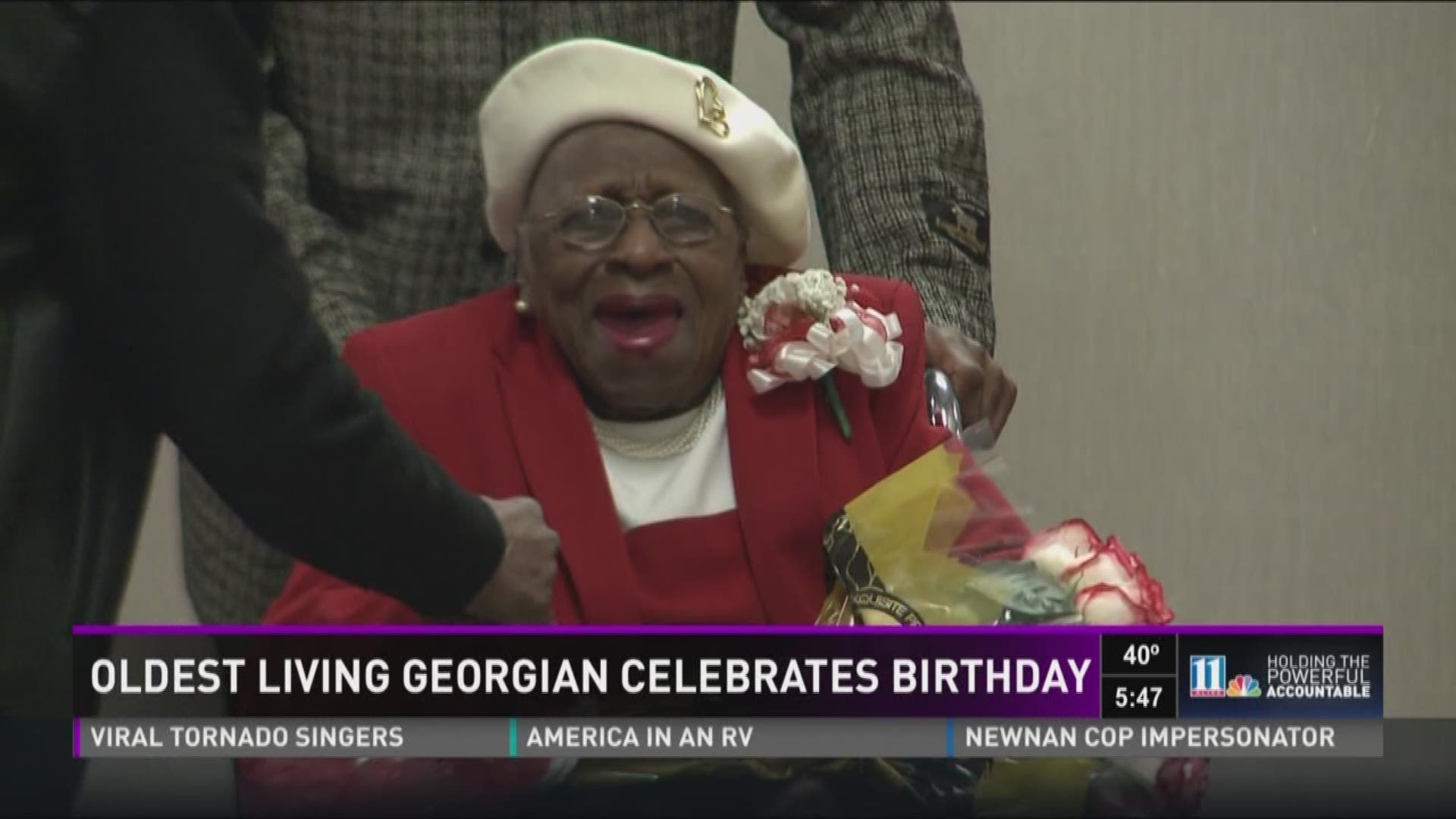 Born on a farm in Stephens, Ga., Maggie Katie Brown Kidd's official date of birth, sanctioned by the Social Security, is Dec. 8, 1904. That makes her the oldest living person in Georgia, as well as the oldest African American living in the United States.

Kidd has lived with her daughter and son-in-law in Riverdale, Ga. She is a lifetime member of the Frank Bailey Senior Center in which a room at the center was named after her last year in honor of her 112th birthday. Recently Mrs. Kidd was the Grand Marshall of the city of Riverdale Christmas parade.

God and unconditional love. In fact, she’s not opposed to dating, she told 11Alive last year.