Man dies in Cartersville after tree falls directly into bedroom

Officials said he was in his bed when the tree fell. 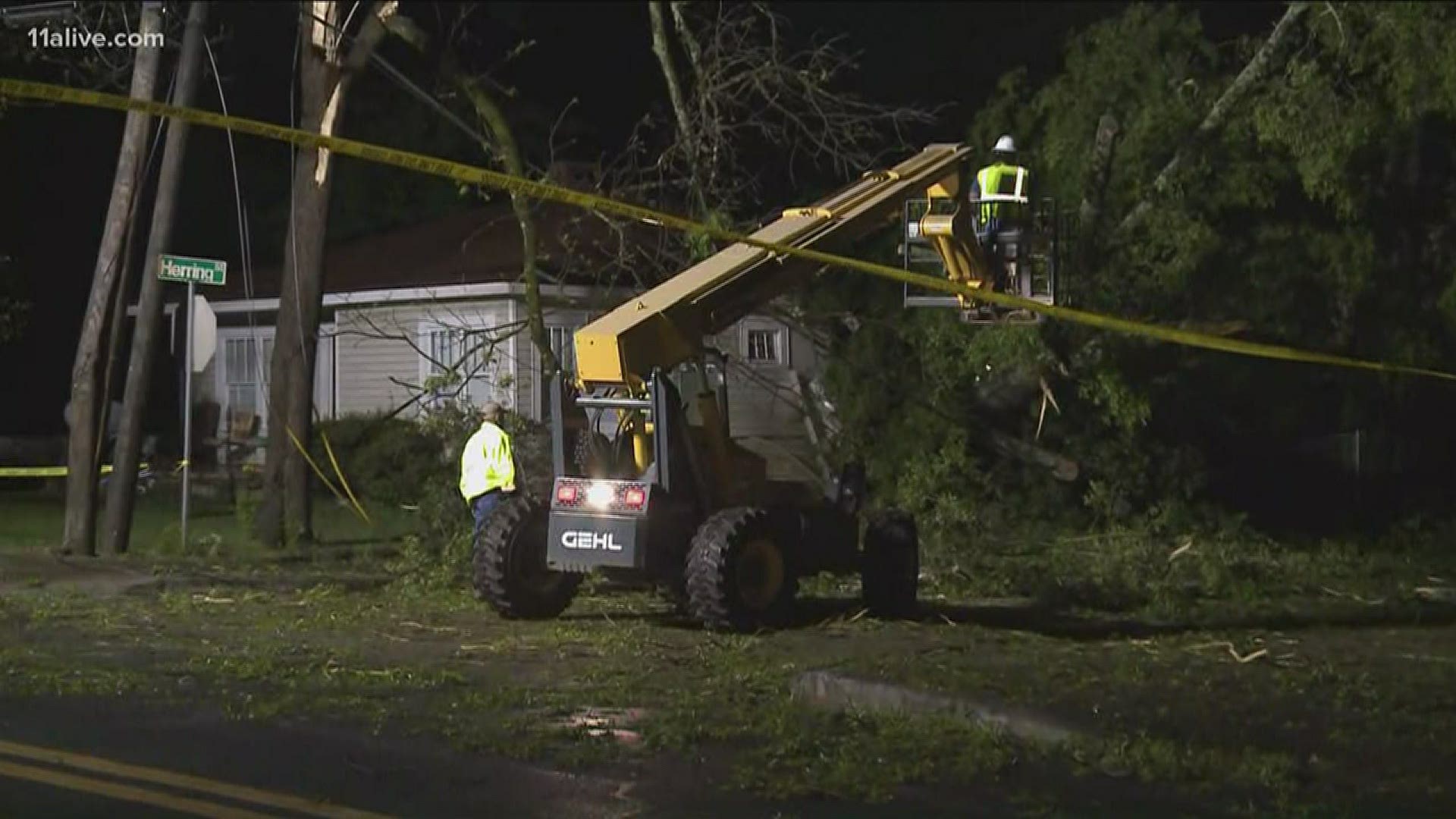 CARTERSVILLE, Ga. — A man was killed after a tree fell on a home and directly into his bedroom. It happened overnight as strong storms and tornadoes swept across north Georgia.

Cartersville Fire officials were called after there were reports of a person trapped in a house after a tree fell on it.

Ray King, Deputy Chief of Cartersville Fire told 11Alive's Maura Sirianni they found a few people injured when they arrived. As they continued searching, they found that a tree fell directly into the room of a 30-year-old man. Officials said the man was in his bed at the time.

Damage in the Cartersville area specifically wasn't widespread. Nearby, another tree came down (approximately two blocks away).

The entire incident happened during the peak of the storms.