The fire occurred in the vacant rear of a building on Trinity Avenue. The front of the building housed a bail bond business, according to fire officials. 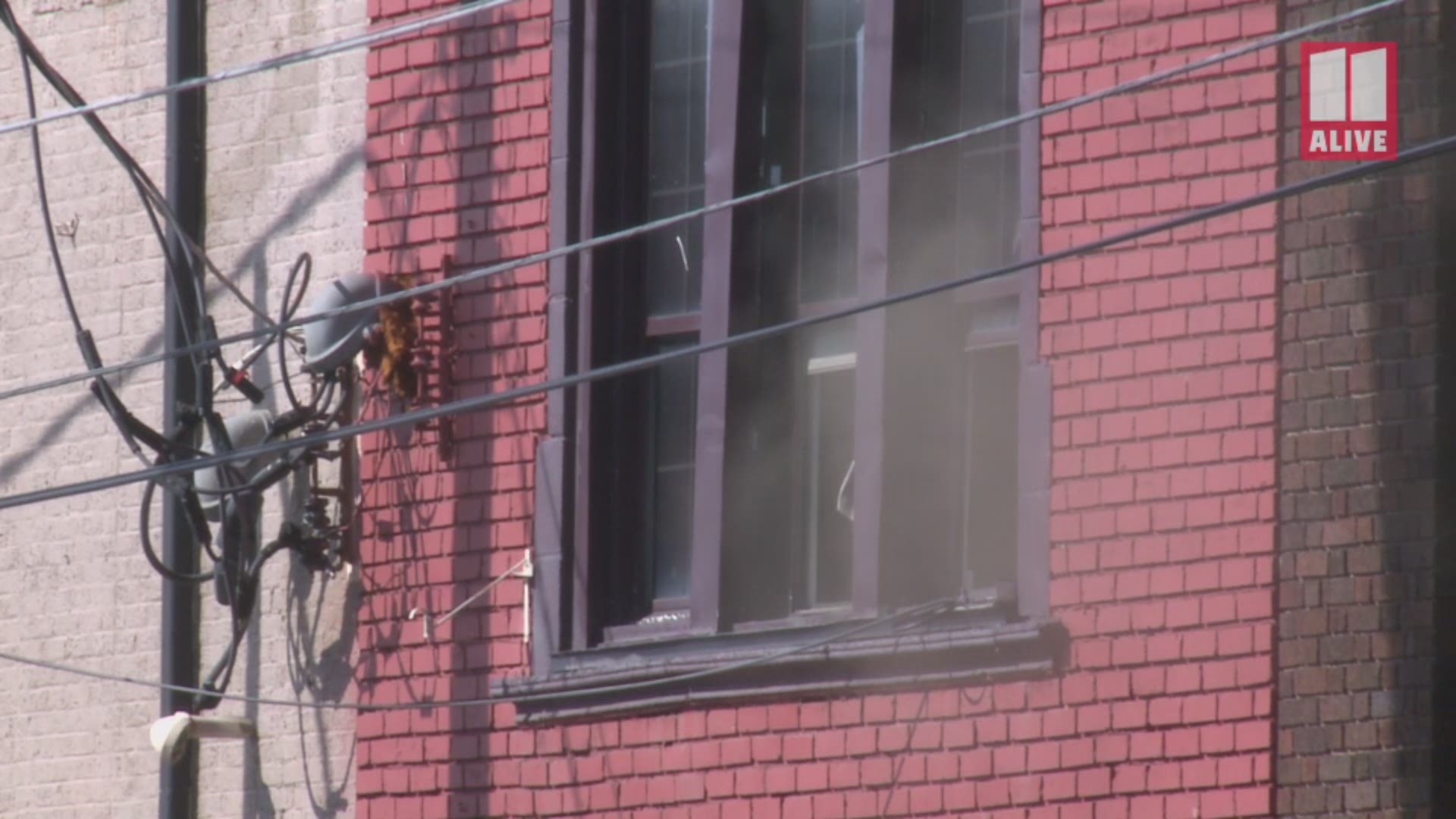 ATLANTA — One person was hurt in a fire on Sunday morning southwest Atlanta, according to fire officials.

It happened at about 10 a.m. in the 200 block of Trinity Avenue SW, according to Atlanta Fire Battalion Chief Gary Robb.

Robb said that when fire crews arrived, they discovered light to heavy smoke coming from the building.

He said that firefighters entered and discovered the victim inside the rear of the building, which, he said was vacant.

Robb said the victim was pulled out and taken to Grady Memorial Hospital in downtown Atlanta, but that his condition was not presently known.

According to Robb, the front of the building housed a bail bond business and only suffered minor damage, primarily from water damage.

He said that the rear of the building was vacant and had suffered heavy damage.

Robb said that a fire investigator was en route to the building to further examine the damage in order to determine what happened as well as to determine the origin of the blaze.

He said that no firefighters were injured during the operation.