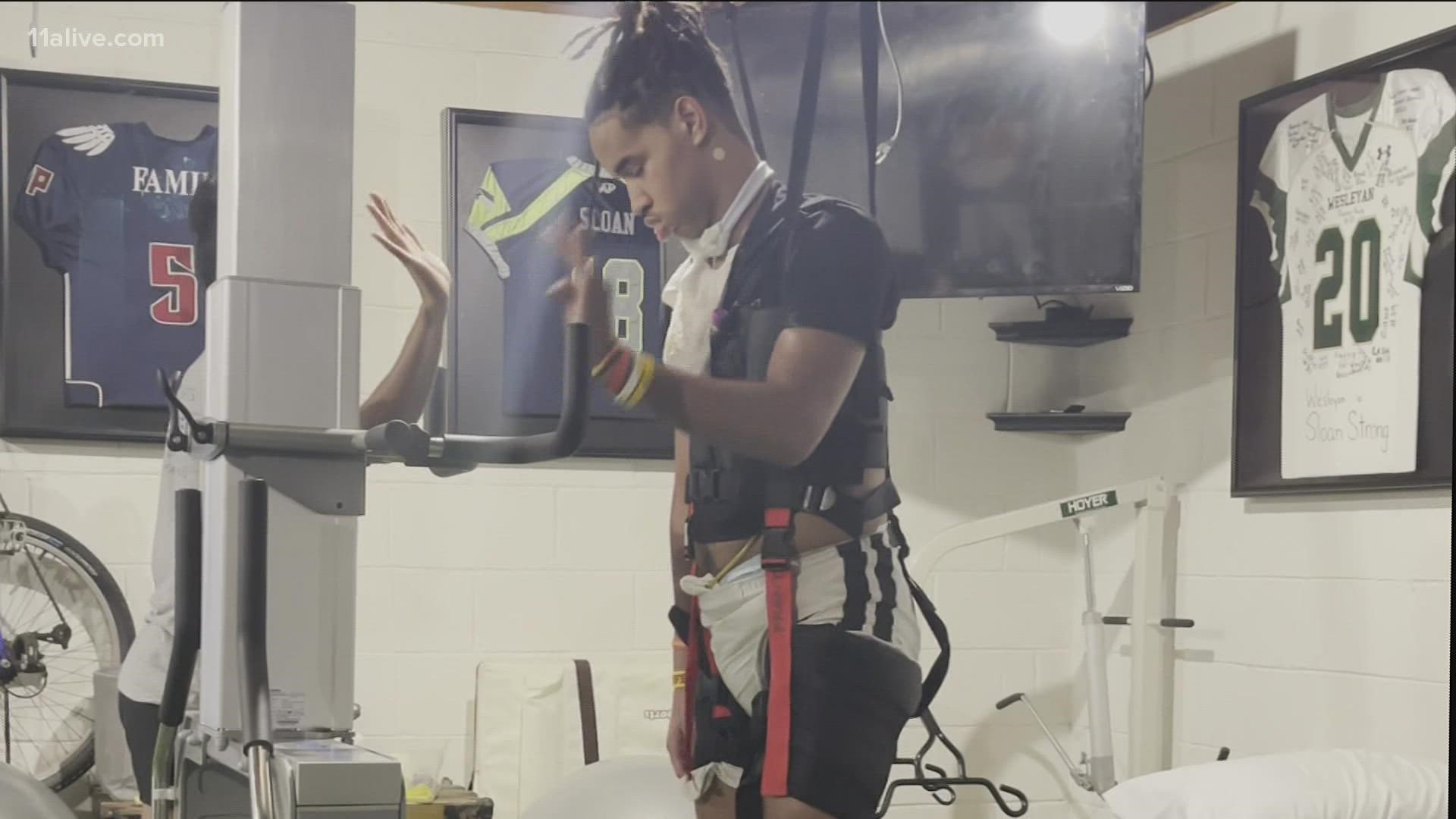 ATLANTA — On September 25, 2020, Jordan Sloan was suiting up to play wide receiver in his homecoming football game at Pace Academy. While wearing number 20, Sloan played late into the 3rd quarter before being taken out of the game for a traumatic brain injury.

Jordan's Strength Coach, Ty Johnson says she watched it from the sidelines.

"He actually walked off the field after the hit full standing up and he kept pointing at his neck,” she said.

Sloan was rushed to Children's Healthcare of Atlanta where he underwent brain surgery. He would remain hospitalized there for the next several months. The teen was never in a coma after the hit, but suffered severe brain damage according to family.

"Your brain takes time to heal, so it was a while before he opened his eyes before he was able to move certain things," explained Coach Johnson.

Johnson gives strength therapy sessions to Sloan twice a week, alongside a team of other therapists. She says Sloan is currently in a wheelchair. His family says he is still using a trach to eat, but they're hoping to get him off of that soon. Johnson says the athlete continues to make changes everyday.

"We got really excited the other day. He is able to grab the rails and pull himself up. And core strength is big and that’s a big step for him," said Johnson.

Sloan spent several months at the Shepherd's center after being released from the hospital. He was able to return home right before his 16th birthday in the spring. His family says they don't see any signs of long term or permanent damage, but he's continuing to work with his therapists every day.

An online fundraiser was created to support Sloan and his family. At last check, it had raised just over $300,000. Organizers are hoping to reach a half million in order to support Sloan's ongoing medical bills.