OSHA: Fatal Rockmart plant explosion 'could have been prevented' 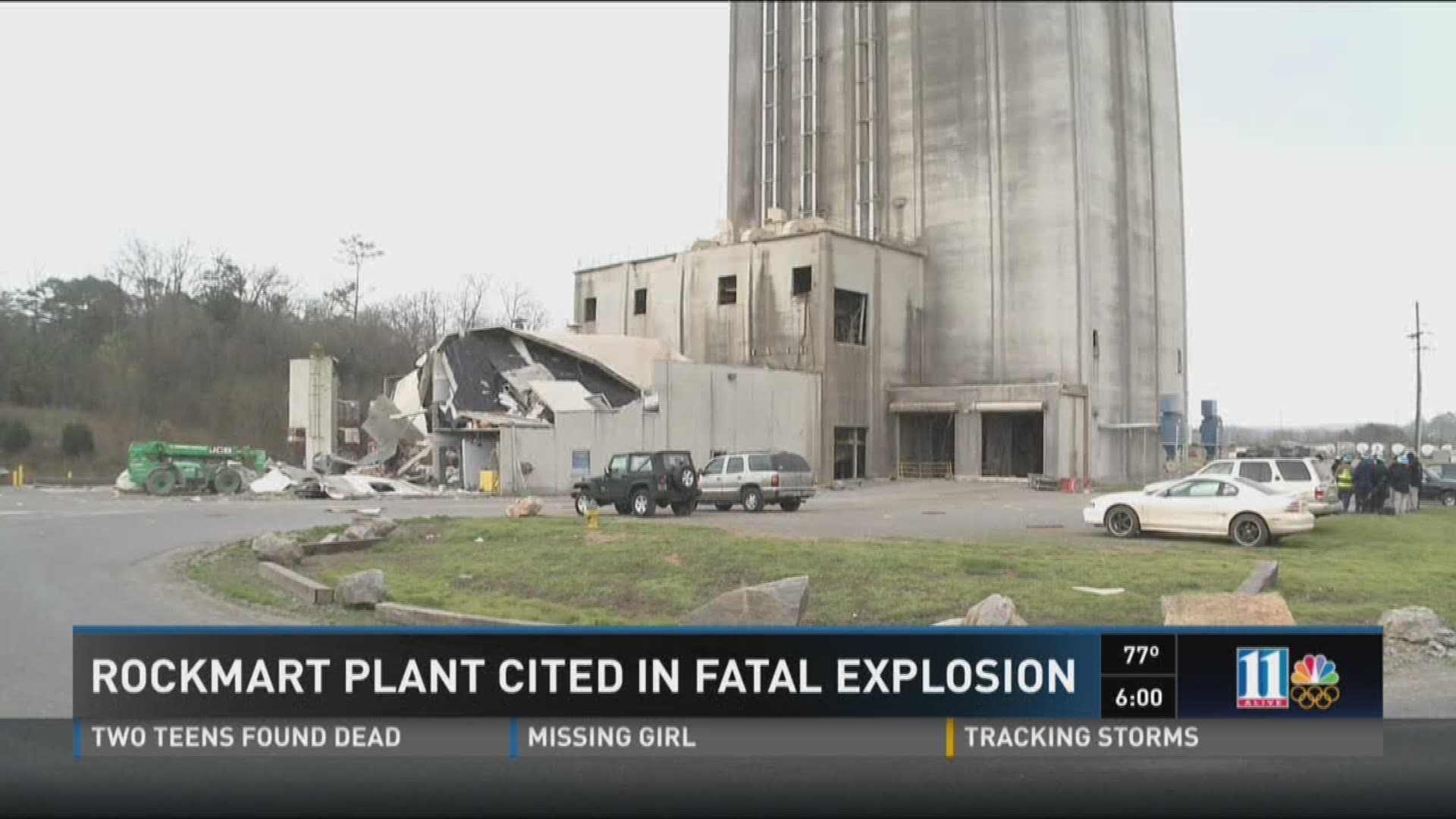 ROCKMART, Ga. -- The Occupational Safety and Health Administration said a Rockmart plant violated safety standards that "could have prevented" an explosion that killed one man and injured five others.

Justin Deems, 25, was killed in the Feb. 7 explosion at the JCG Farms plant in Rockmart.

Federal inspectors determined that excessive accumulation of grain dust in the hammer mill area ignited and caused the explosion, according to OSHA.

The explosion caused significant damage to the building and closed the feed mill.

"It is tragic that despite wide industry awareness of these hazards, that some employers remain unaware of the common hazards of combustible dust," said Christi Griffin, OSHA's area director in the Atlanta-West Office said in a statement. "This incident and this man's death were preventable. JCG Farms needs to take a proactive approach in their safety and health program to assess the workplace for hazards and correct them to ensure worker safety."

According to a statement on OSHA's website, the agency found JCG:

- Exposed employees to fire and explosion hazards due to the build-up of combustible dust.
- Failed to post warning signs to inform workers of fire and explosion hazards.
- Exposed workers to being caught-in machinery.
- Failed to develop or implement an emergency action plan.
- Failed to train employees to recognize hazards such as fire, explosion associated with combustible dust.
- Did not implement a written housekeeping program to reduce the accumulation of grain dust.
- Exposed workers to electric shock hazards.

The other violations involve not certifying forklift operator training, not issuing hot work permit for welding and grinding, failing to develop or maintain safety data sheets for feed mill products, failing to do noise monitoring and failing to provide respirator use information to employees.

JCG contracted the Atlanta-based A to J Electrical Services to perform electrical, mechanical and maintenance work at the facility. OSHA issued the company one serious violation for not informing workers of the fire and explosion hazards associated with their work.

The agency also issued citations to D. Sims Inc. of Cohutta, Georgia, for one serious and one other-than-serious violation for not training workers on common ignition sources for dust and failing to provide employees using disposable dust masks with information in Appendix D of the respirator standard. The contractor provides housekeeping purposes at the facility.

The companies have 15 business days to comply, request a conference with OSHA's area director or contest the findings before the independent Occupational Safety and Health Review Commission.