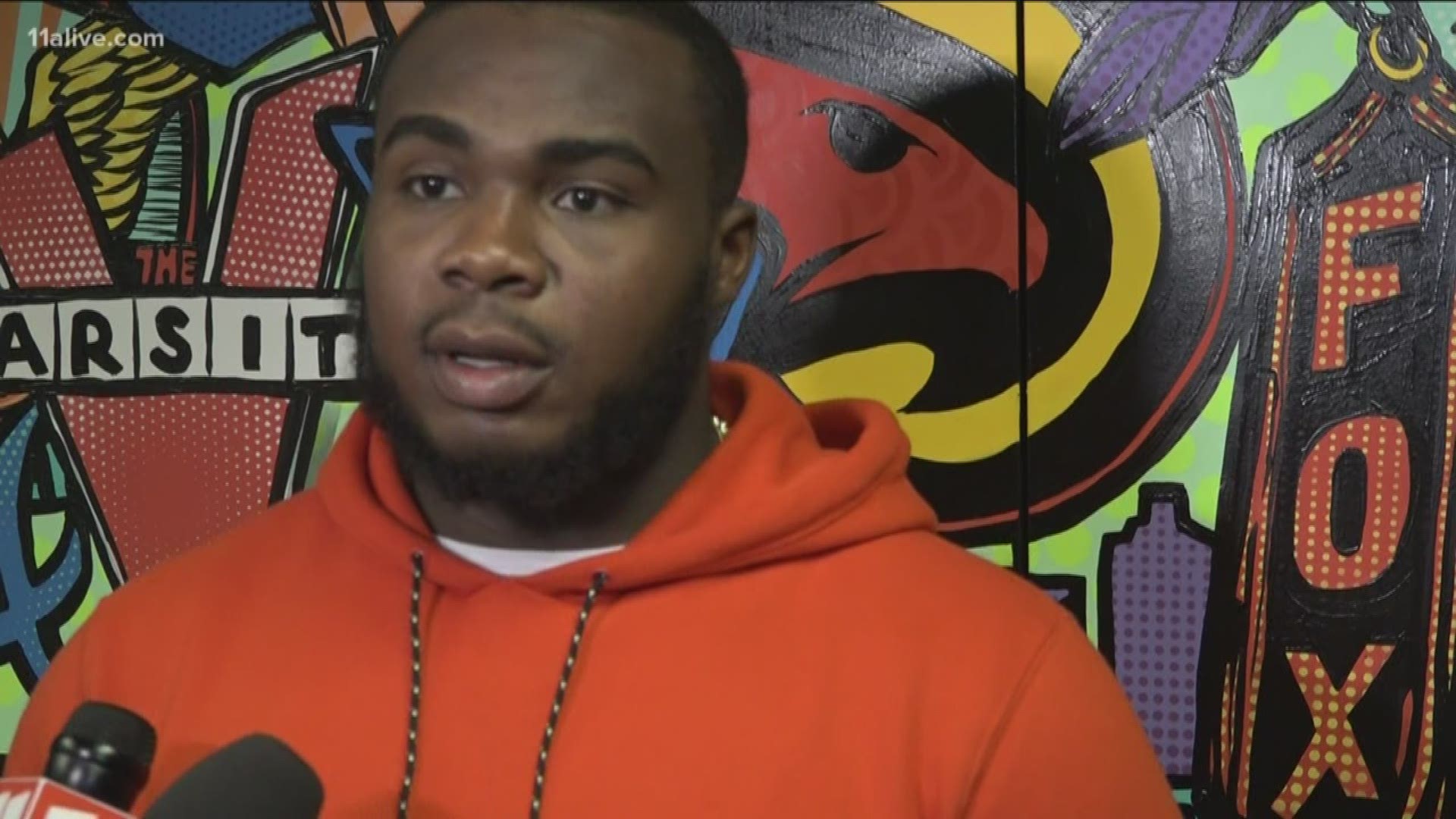 ATLANTA — Falcons Defensive Tackle Grady Jarrett is Atlanta born and bred. The Conyers native tied the Super Bowl sack record in 2016 and is currently in negotiations for a huge contract extension. While most are focused on his future big payday, Jarrett wants to shift the focus to his big heart.

The 25-year-old Jarrett was nominated by the Falcons for the prestigious Walter Payton "Man of the Year" award for the 2018 season. Although he did not win (the overall winner was Philadelphia Eagles Defensive End Chris Long), Jarrett was awarded a $50,000 donation check to the programs of his choosing as team representative.

Jarrett appeared on DJ Greg Street's radio show at V103 to surprise the DJ and close friend with a $25,000 donation to his "WENEED2READ" program. The other $25,000 went to Y-Sportz Camps, a program to provide resources to youth athletic camps.

Jarrett, who starred on both sides of the ball at Rockdale County High School, spoke on the importance of providing both athletic and academic resources to students who may not have as much.

"These programs help me not only connect on the athletic side, but also in the classroom, as far as developing leadership programs and be a resource for the kids," Jarrett explained.

Jarrett also talked about establishing mentors and support, acknowledging his relationship with Greg Street as a crucial one for his role in the community.

"(Greg) was one of my very first big supporters after my first year in the league," Jarrett said. "I really appreciate the love he showed me and my camps early on."

Jarrett feels honored to be chosen as the Falcons representative as Man of The Year, but he doesn't want the awards to outshine the work.

"It would be nice to be named Man of the Year for the NFL," Jarrett admitted. "But that's still a by-product of me just trying to use my platform to do what I can to help other people."