So much of Atlanta’s Civil Rights history is visible if you start paying close attention to the street names around the city. 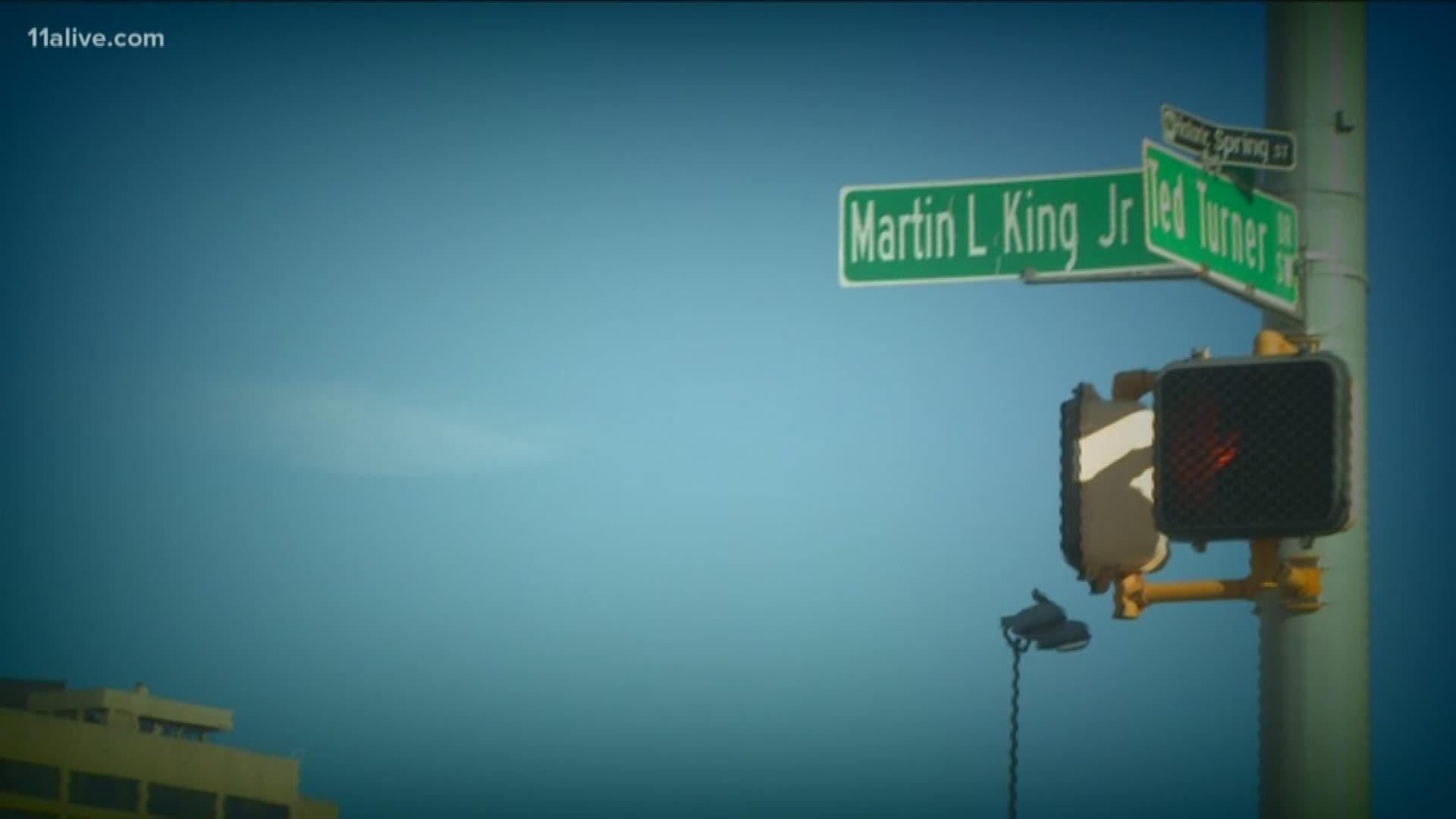 ATLANTA — If you’re new to the city or simply aren’t aware of the significance of some of the historic figures, here’s a break down by 11Alive’s Neima Abdulahi. As we continue our Black History Month coverage, this is a way to honor the city’s rich history.

You may be familiar with Dr. Martin Luther King, Jr. and his contribution to the Civil Rights Movement. MLK Jr. Drive is named after Dr. King, the prominent face of the movement. The most recent addition to the city is John Lewis Freedom Parkway – named after Congressman John Lewis. He sacrificed so much for equality.

What is ATL Culture? | #ATLCULTURE explained

Here are other street names that are just as important.

Ralph David Abernathy Boulevard: Abernathy was a key figure in the Civil Rights Movement. He was a close friend and mentor of Dr. King. They collaborated together to lead the Montgomery Bus Boycotts and many other efforts.

Donald Lee Hollowell Parkway: Hollowell was a prominent Civil Rights attorney who tirelessly fought to desegregate Atlanta’s public schools and the University of Georgia. He represented Dr. King in several court cases after his arrests. Hollowell was later appointed to monitor workplace discriminations.

Benjamin E. Mays Drive: Mays was a son of former slaves and became president of Morehouse College.  He taught and mentored many influential activists like Dr. King, Julian Bond, Maynard Jackson and many others.

John Wesley Dobbs Avenue: Dobbs helped fight for racial equality in segregated Atlanta. He was a co-founder of the Atlanta Negro Voters League. Dobbs launched voter registration efforts in the city and helped bring resources to Sweet Auburn. He also helped with efforts to integrate the Atlanta police department. Dobbs used his political connections to bring attention to the needs of Atlanta’s minority communities.

Jesse Hill Drive: Jesse Hill, Jr. was one of Atlanta’s most influential business leaders. He was the CEO of Atlanta Life Insurance Company. Hill rose through the corporate ranks and utilized his resources to help support the Civil Rights Movement financially and as an adviser to many leaders and politicians.