As part of the ATL Culture segment, 11Alive’s Neima Abdulahi went to the location of the mural to quiz fans on their Outkast knowledge. 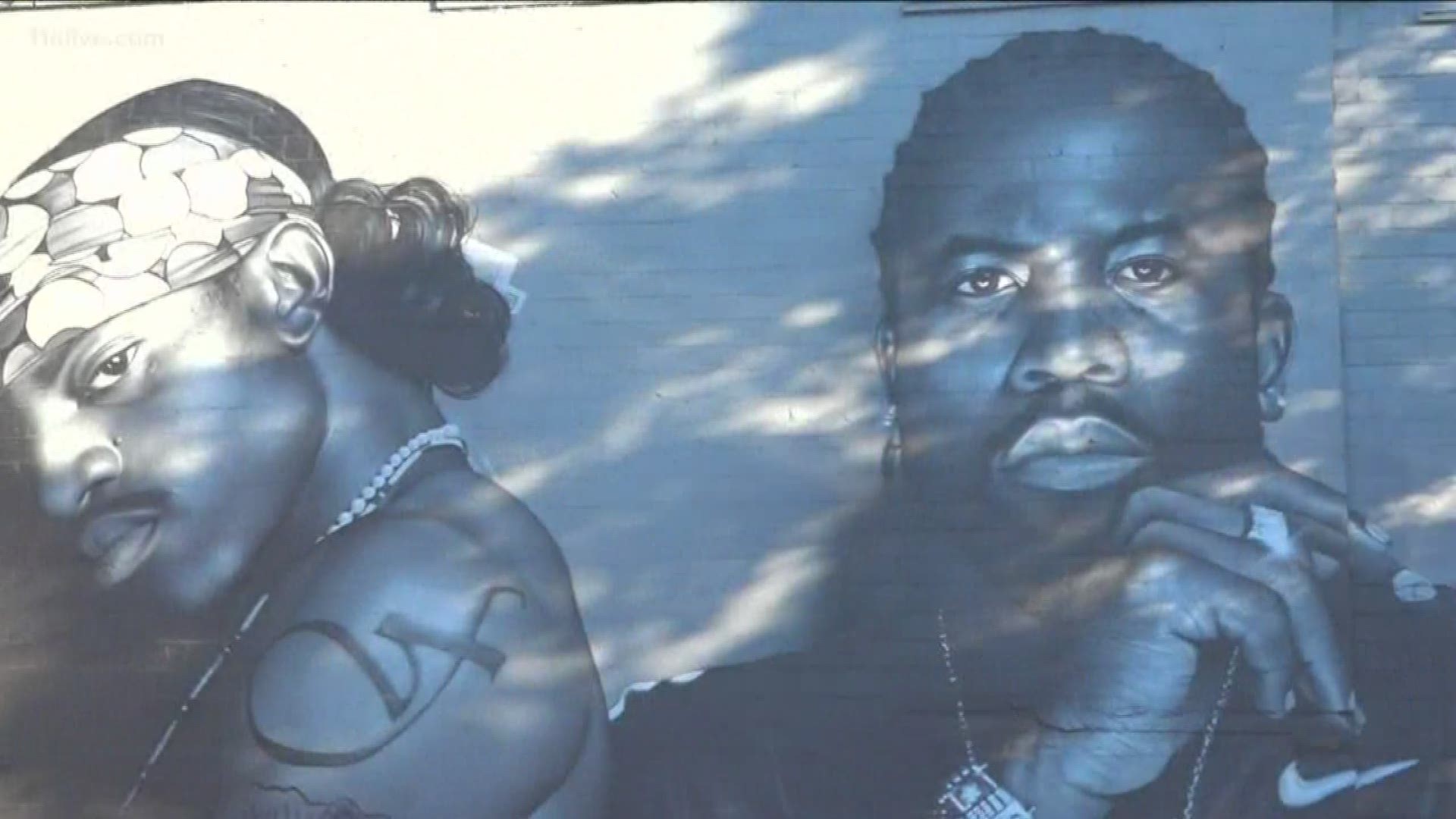 ATLANTA — The legendary Atlanta rap group Outkast is now honored with a larger-than-life mural that pays tribute to the duo’s contribution to the music industry.

The 65-foot masterpiece is already a social media hit, attracting hundreds of people all wanting selfies with the artwork.

The mural of Andre “Andre 3000” Benjamin and Antwan “Big Boi” Patton was unveiled last weekend in the city’s Little Five Points neighborhood. The black-and-white painting is tucked behind the WISH ATL store on Moreland Avenue.

The mural is based on the original photographs by hip-hop photographer Jonathan Mannion. The iconic photos were then painted on the wall by Greensboro, North Carolina artist JEKS, in collaboration with retailer WISH ATL, the ABV Agency and the Outerspace Project.

"Hope I did the G.O.A.T’s justice," JEKS said. JEKS is referring to Outkast as the Greatest Of All Time.

As part of the ATL Culture segment, 11Alive’s Neima Abdulahi went to the location of the mural to quiz fans on how well they know the group.

Most of the fans impressed us with their knowledge about the group – where they went to high school, their real names, first hit single, where they met, location they recorded their original songs, and so much more.

One historic moment that stands out is the 1995 Source Awards when Andre 3000 famously told the audience “The south got something to say.” This was during a time when the industry was dominated by East Coast and West Coast music. That phrase became iconic because southern hip-hop artists were demanding respect in the music industry at the time.

Atlanta rapper Killer Mike video chatted with Andre 3000 at the unveiling event to show him the artwork. Big Boi has shared numerous photos of the mural and fan photos on his Instagram page.

JEKS should be proud. In less than a week, the mural has grabbed the world's attention and gave Atlanta something to be proud of.