Carrollton coach Dante Sipp is preparing to get a life-saving kidney transplant, thanks to the kindness of a stranger, who now feels like family. 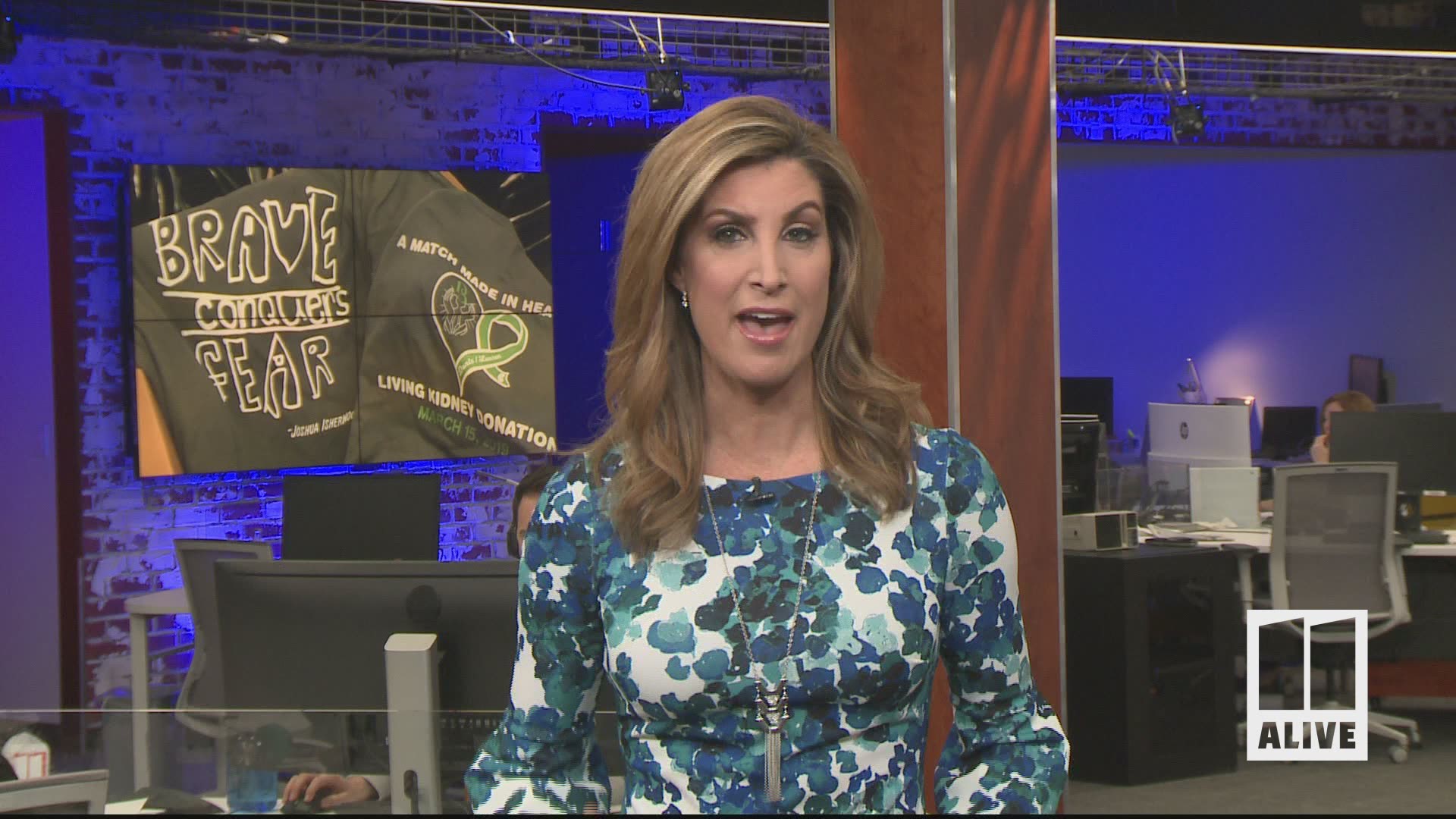 CARROLLTON, Ga. — It’s a night that no one will ever forget – a gym practice that has nothing to do with practice at all. Carrollton gymnastics coach Dante Sipp, who has a kidney disease that doctors said “seems to have come out of nowhere” had no idea that his mother and brothers were in the next room – along with Lauren Larrison, his kidney donor.

“To know this day has finally come to surface is almost unreal,” said Anniesha Powell, Dante’s mother. “We are still trying to wake up to a dream, it’s been a long journey.”

Dante has been on kidney dialysis for over five years – while getting his degree, working and coaching at Carrollton Gymnastics.

His athletes and their families are some of his biggest fans, and their passion to share his story reached 11Alive’s Cheryl Preheim, who first profiled Dante in December.

Lauren saw his story on Facebook and, without ever meeting him in person, knew that she would be a perfect match.

“I knew the minute I saw his face that I was meant to be his donor,” she said. In her heart, she said she knew she was a match before any test results could confirm it.

Credit: WXIA
Lauren surprised Carrollton gym coach Dante Sipp with an offer to be his kidney donor after hearing about his story.

Then, she sent a video message on Valentine’s Day confirming the big news.

Lauren has been busy ever since. She’s not just preparing for major surgery, but she is also raising money to help Dante with his medical costs. So far, $3,250 has been raised on GoFundMe.

Lauren also got busy planning a party – an official kick-start to their lifelong friendship. She brought gifts to surprise Dante that will always keep them connected: a box of “Brave Conquers Fear” T-shirts. She asked 11Alive’s Cheryl Preheim if she could use the logo on the front and print a special message on the back that reads: “A Match Made in Heaven. Living Kidney Donation.”

Lauren said she was equal parts excited and nervous to meet Dante.

“My heart is racing, I’m so excited to finally meet him.”

As the door opened, Dante’s face shot into a look of surprise. He hurried over to give Lauren a hug.

“How do you say thank you for saving a life,” he said.

He had no idea Lauren would be there to greet him after practice.

“They really caught me off guard,” Dante said. “I saw her and I thought, ‘Oh my God.’ I cried a bunch on the inside.”

Looking on at the surprise meeting: Dante’s gymnastics team. They watched the meeting, delighted and amazed, to see the woman who will help save the coach they love so much – and were so afraid they were going to lose.

The kids started to cry as they watched the first meeting between Dante and Lauren. Lauren waved them in and they surrounded her in hugs.

“I ask you each to keep us in our thoughts and prayers .., pray that it touches lives for other people to bring awareness that they understand it’s not anything they can’t do themselves,” Lauren said to the group. “I don’t know what to say … I’m so.. ah! You all come eat some cookies and cake.”

“You can’t describe an angel,” Dante’s mom said. “She is so happy … she is everything you would want someone to be if they were donating an organ to your child.”

Second chances at life and family are all worth celebrating.

For Dante, a man who has jumped out of planes, come close to death on dialysis and found support in his gym family – he is ready.

“Are you ready? Are you excited?” He said. “I’m more excited … there is a peace. I want to do it now. We are just growing our family.”

No one in the gym will forget this night and the power of kindness and courage.