Meanwhile, his donor has been busy as well. 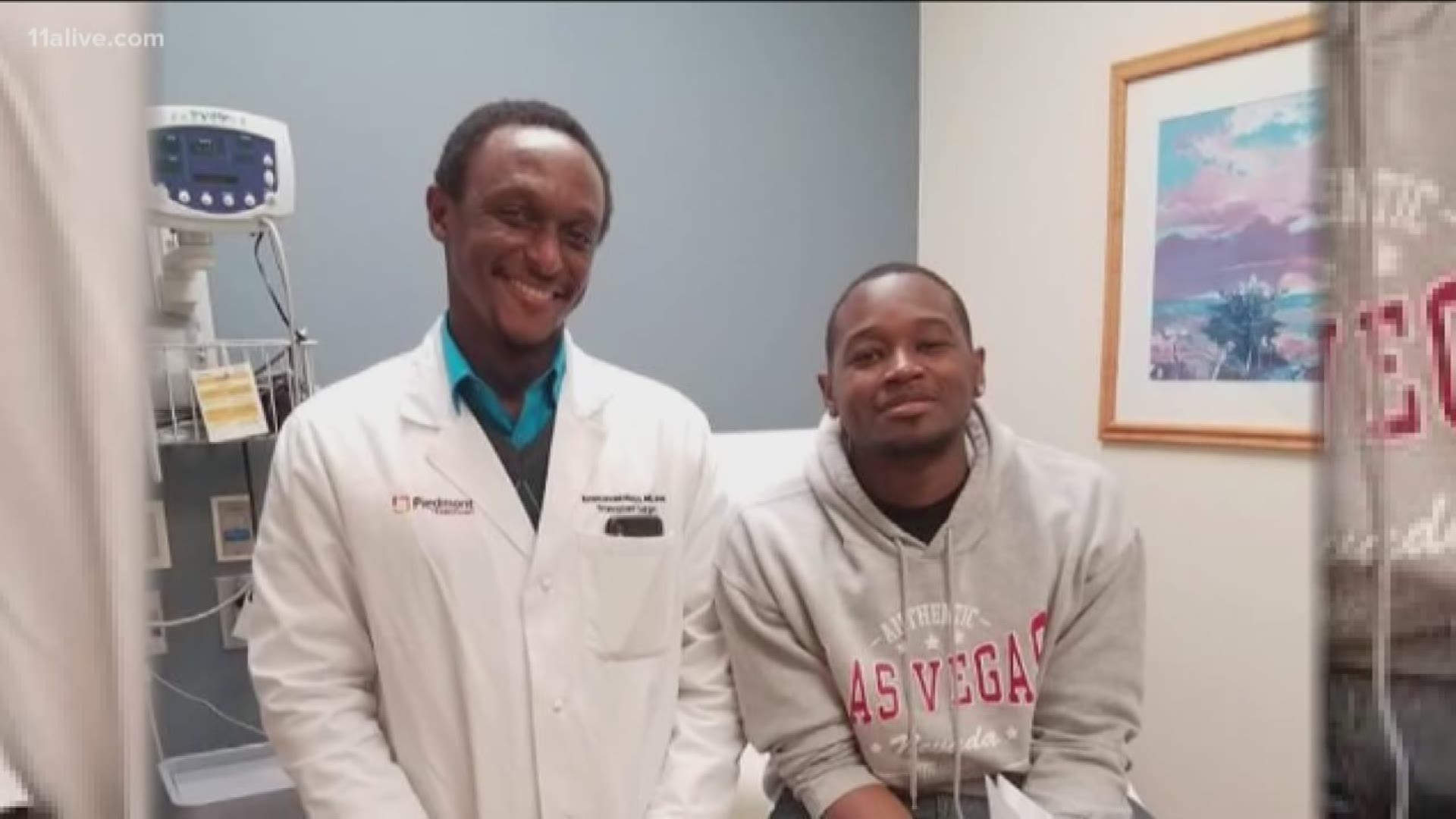 CARROLLTON, Ga. — A young man who learned he will be getting a life-saving kidney transplant just received some major news.

Dante Sipp just met with his surgeon at Piedmont Atlanta and learned that the transplant will happen in just a week and a half. Dante has a kidney disease that doctors said “seems to have come out of nowhere” and has been on dialysis for over 5 years.

His donor Lauren Larrison has been busy. She has asked to use our Brave Conquers Fear logo to make shirts for all of their loved ones with "A match made in heaven" written on the back.

She's not only giving her kidney - she's also raising money for the medical costs Dante and his family will have to shoulder.

They've started a GoFundMe account named Dante's Fight for a New Kidney and they're trying to raise at least $4,000. So far, they are already less than $1,000 from that goal.

In December, 11Alive’s Cheryl Preheim shared Dante's story after Dante’s athletes and their parents reached out, determined to help him.

Dante spends every Monday, Wednesday and Friday on kidney dialysis, then goes to back to teaching kids at Carrolton Gymnastics. His athletes said they can always count on his great energy and outlook – no matter what.

“Our kids adore him. He’s an outstanding young man, has an amazing work ethic and genuinely loves his job,” said parent Susie Underwood. “He has formed such an incredible relationship with our kids.”

She added that Dante works two jobs, goes to school full time and then mentors his athletes – all while dealing with his devastating illness.