One brother borrows the other's legs - and shares his spirit - as they tackle one of the toughest races in the world. 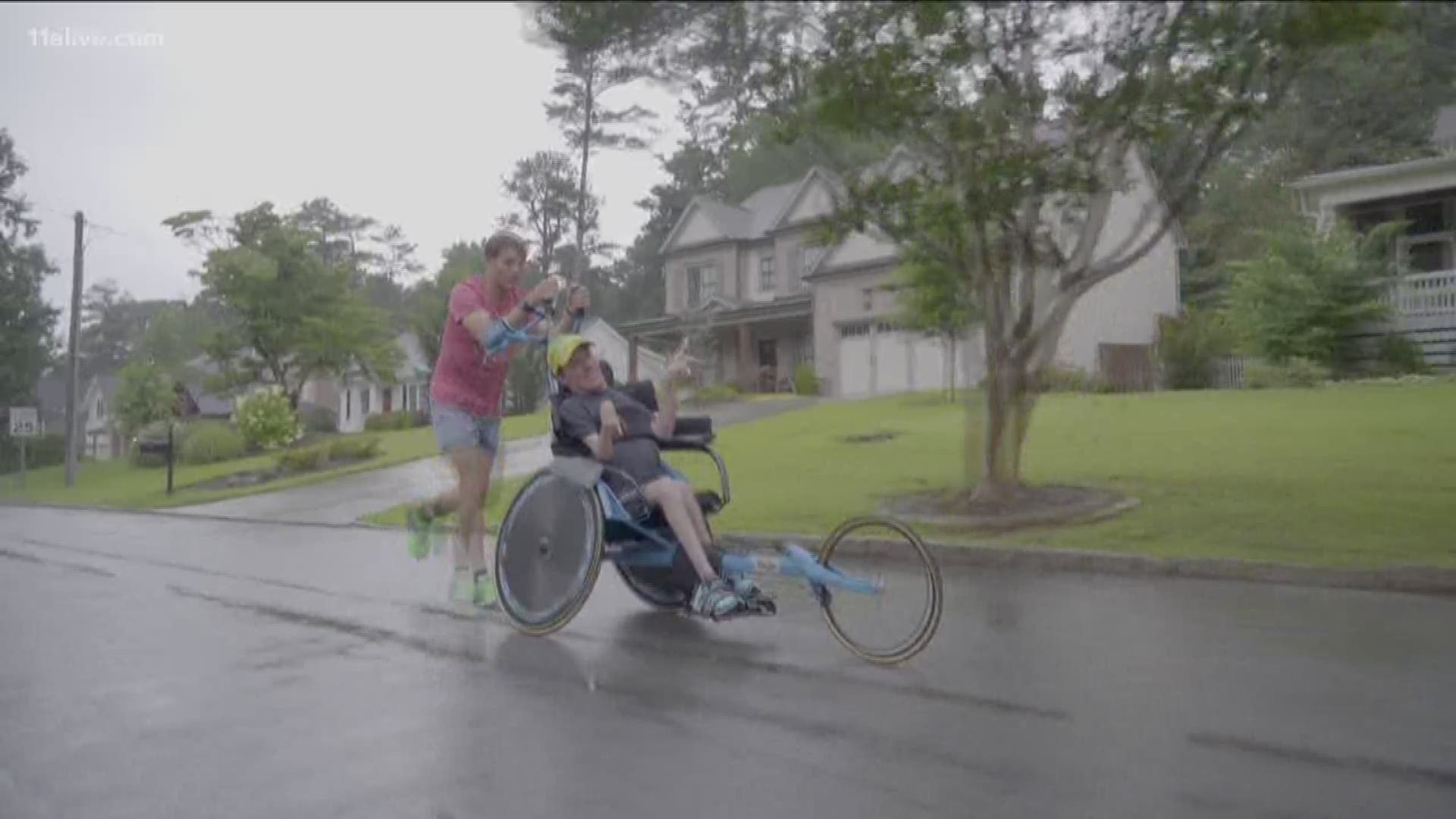 ATLANTA -- Physical limitations don't have to limit dreams and ambition - just ask these brothers who prove it in bigger ways each year.

Brent Pease pushes, pedals and pulls Kyle who was born with cerebral palsy. He said his brother borrows his legs and Brent, in turn, borrows Kyle's spirit. It's not about a single race or accomplishment - it's a lifetime pursuit for the two.

Kyle and Brent both grew up wanting to be athletes. Brent always looked for ways to open the experience of sports to his brother. So they do them together.

And that has never stopped as they have done marathons, road races and more pushing through with one message.

"I hope it will encourage them to see that there are no limits, but anything is possible," Kyle said.

1 / 6
The Pease Foundation
Brent and Kyle have competed in marathons, triathlons, even the Iron Man. But, their greatest goal is making the experiences they've had available to everyone.

They hope to prove that yet again in one of the toughest races in the world. Together, they will do a full marathon, 112 miles on a bike and a two-and-a-half-mile swim - as Brent pulls Kyle behind him. They were chosen to compete at the IRONMAN World Championship in Hawaii. They're the only wheelchair-assisted duo in the entire race.

Their pursuit for inclusion is never-ending - even as their training to be the second wheelchair-assisted duo to complete the race comes close to a close. They've been working toward this goal for six years and will go up against 2,400 of the world's toughest athletes at the race's 40th anniversary on Oct. 13.

The brothers created the Kyle Pease Foundation, a non-profit with a mission of improving the lives of people with disabilities through sports. They've since championed more than 100 athletes across 60 events and raised more than $1.5 million.

In addition to races, the foundation offers support through scholarship opportunities, the purchase of adaptive sports equipment and participation in educational campaigns around Cerebral Palsy and other disabilities.