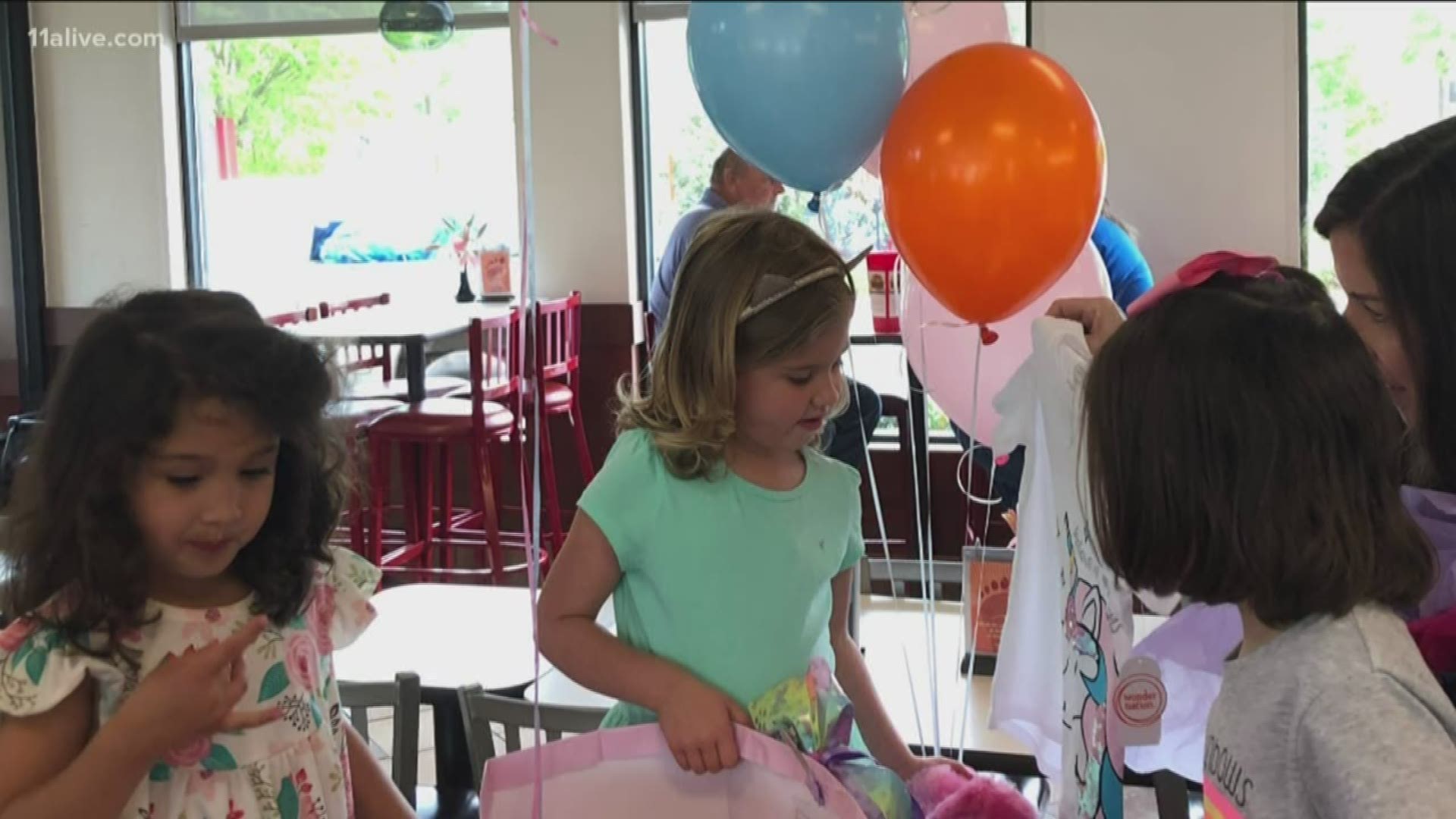 ACWORTH, Ga. — A 5-year-old girl preparing to enter kindergarten has a lot to celebrate as she reaches a huge milestone in her little life – she has completed 26 rounds of chemo and is in remission.

Raelyn Scholes was diagnosed with acute lymphocytic leukemia at just three years old. According to Children’s Healthcare of Atlanta, she woke up one day with a tummy ache that would not stop – no matter what her mom, Sarah, tried.

Emergency room doctors confirmed it was something much more serious – and not something Sarah could fix.

“They told me: ‘Her lab work doesn’t look right. Her platelets are very low, her spleen is enlarged – it’s the size of a football.’ So, they admitted her to run some tests,” Sarah Scholes told Children's last year.

In March of 2017, Raelyn started intense chemotherapy treatment at the Aflac Cancer and Blood Disorders Center of Children’s Healthcare of Atlanta. Her treatment was repeated every seven days for 26 months.

“Every day, I would wake up expecting her to be ill, but she is just so strong,” Sarah told Children's. “Every day, she amazes me.”

To make things fun for Raelyn, Sarah would plan a get-together with her girlfriends and their moms every Friday at their favorite Chick-fil-A restaurant, the Brookstone location in Acworth. “Fun Fridays” were a much-needed dose of fun and distraction as the little girl battled the ups and downs of chemo.

Credit: Provided
Raelyn Scholes (center) had a party with friends to celebrate the end of chemo treatment at the Chick-fil-A in Acworth.

The four little girls (and 2-year-old Ethan, who loves to be part of the gang) love their time together.

While the little girls played Raelyn forgot she was sick, Sarah told 11Alive’s Cheryl Preheim. Raelyn's friends, too young to fully understand cancer, helped keep her spirits high while Sarah got the support and encouragement she really needed, too.

On Friday, the group met up at their Chick-fil-A, the place where they’ve gone through it all, to celebrate Raelyn's remission. She completes her chemo treatment in May. The moms also splurged on a spa gift for Sarah to help her feel pampered and loved.

Credit: Provided
Raelyn Scholes, 5, celebrated the end of chemo treatment with friends at her favorite Chick-fil-A, which helped put together a special party.

Raelyn just celebrated her fifth birthday and as she and the other girls prepare for kindergarten with the big kids, “Fun Fridays” might start looking different. But, these families share a bond that will last a lifetime.

1 / 9
Provided
Raelyn Scholes, 5, celebrated finishing 26 rounds of chemo with her mom, friends and their parents at the Chick-fil-A in Acworth.