A classic car from 1934 pulls into the driveway at the Choate house in Atlanta. It is spotless and runs with a smooth hum. You can see the reflection of its owner in its perfectly polished chrome.

“There are only seven known left in the world, so it is an exceedingly rare car," said Millard Choate.

He polishes a speck of pollen off the front headlight. In the garage, a 1969 Chevrolet Camaro.

“That is my baby, my pride and joy.” Emily Choate Bridges smiled.

Not many little girls pick out their dream car at 10 years old. She did and spent years working for it until she was 17.

“I love that it’s a sleek tapered car and the tail lights are perfect.”

She wants to keep it for the rest of her life. Classic cars have been a constant at the Choate house over time.

“Leann and I would go to car shows and walk around,” Emily reminisced. “Leann wasn’t into cars as much as I was, but it was about spending time together.”

Leann Rittenbaum was the other constant at the Choate house.

“She was my bestie for life,” Emily said. “I’m really lucky to have found mine so early.”

They met when they were 2 years old. Their moms were friends so there were a lot of play dates. They grew up together just like family.

“Leann was a big personality in a small package," she said. “She showed so much strength and was always positive.”

Together, they faced the challenges that came with cystic fibrosis. Emily’s father, Millard Choate, was devastated by the news.

“Leann was diagnosed at age 3 and the average age of survival was 13," he said.

Cystic fibrosis is a genetic disease. It affects the lungs and digestive system. The body produces thick and sticky mucus that can clog the lungs.

“Many of our patients with low lung function will feel like they are struggling to breathe and shortness of breath like they are breathing through a straw.” Dr. Rachel Linnemann is a pediatric pulmonologist at Children’s Healthcare of Atlanta and an assistant professor at Emory University School of Medicine.

When Leann and Emily would have slumber parties, the medical treatments were just part of the routine.

Emily said, “I remember my parents would help her do her treatments; it was just normal to us.”

They would have to help her do her lung treatments by pounding on her back. It would help loosen the mucus in their lungs.

The Choates are a family of builders. They started Choate Construction in Atlanta in 1989. They are one of the largest construction companies in the Southeast. Choate has worked on projects all over the city.

With Leann’s diagnosis, they dedicated themselves to a new project. They were determined to do what they could to help fund research and find a cure.

“Leann is one of all of us, that is how we looked at it.” Millard Choate said. “She could just as easily be my daughter or your daughter and we approached it with that passion.”

They were fighting for her well-being and her future. They combined their constants, classic cars and a love for Leann, to create a car show and barbecue to raise money for research.  It’s called “Cars & Q for the Cause.”

Leann was part of the shows, walking around enjoying time with her best friend Emily.

They were woven into each detail of each other’s lives. They did not take for granted that it was time that they didn’t think they would have together.

The girl's doctors thought Leann would live to be 13, but she got married when she was 30. It was a perfect day.

“It just represented how far Leann has come, that she got to experience that day was amazing,” Emily said. “The whole room was buzzing with the energy of gratitude and joy and energy.”

Leann was part of Emily’s wedding too.

There was never any doubt.

Leann Rittenbaum Ott passed away on Nov. 1 from complications from cystic fibrosis. This spring came the news of a significant scientific breakthrough in its treatment.

The preliminary clinical trials for the potential triple-combination therapy VX-445 plus tezacaftor/ivacaftor (Symdeko) are positive. Emory and Children’s Healthcare of Atlanta are two of many clinical sites.

Studies show improvement in lung function. Phase 3 of the trials are happening now.

“Triple combination therapy results are encouraging, so if we continue to see positive benefits and if the FDA were to approve that regime would potentially eventually be able to help 90 percent people living with cystic fibrosis," Dr. Linnemann said.

The next step is to ask the U.S. Food and Drug Administration for approval. It would be an important step towards ensuring that all people with CF have effective treatments and, ultimately, a cure.  Click here to read more about this development. 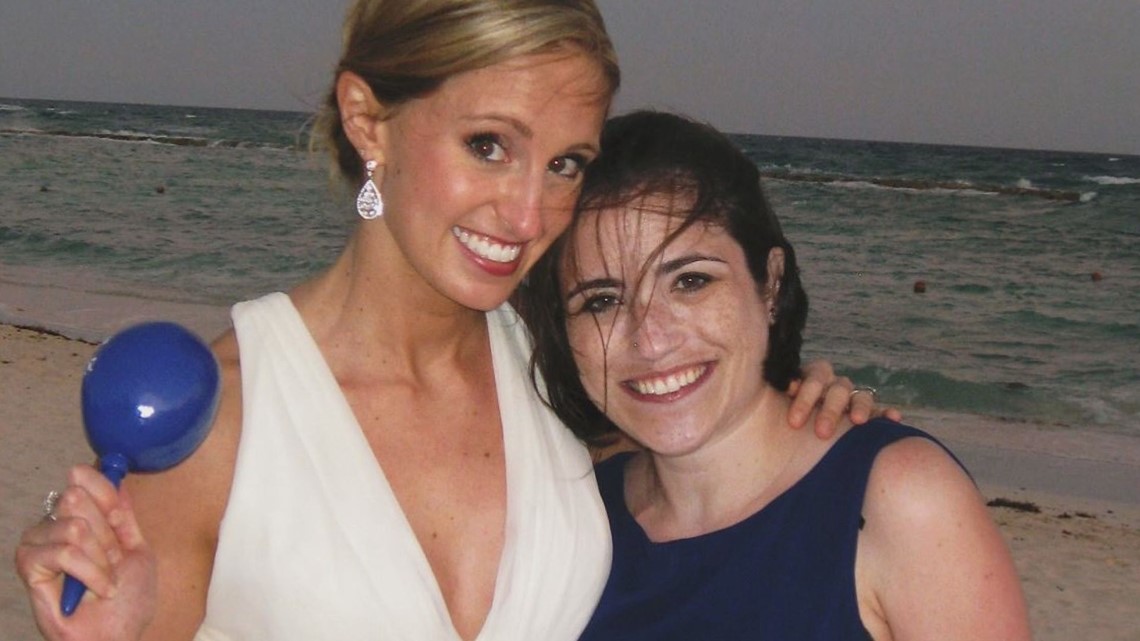