Dante Sipp has been waiting for years for the perfect match and he found it in Lauren Larrison, who stepped up to be his kidney donor. 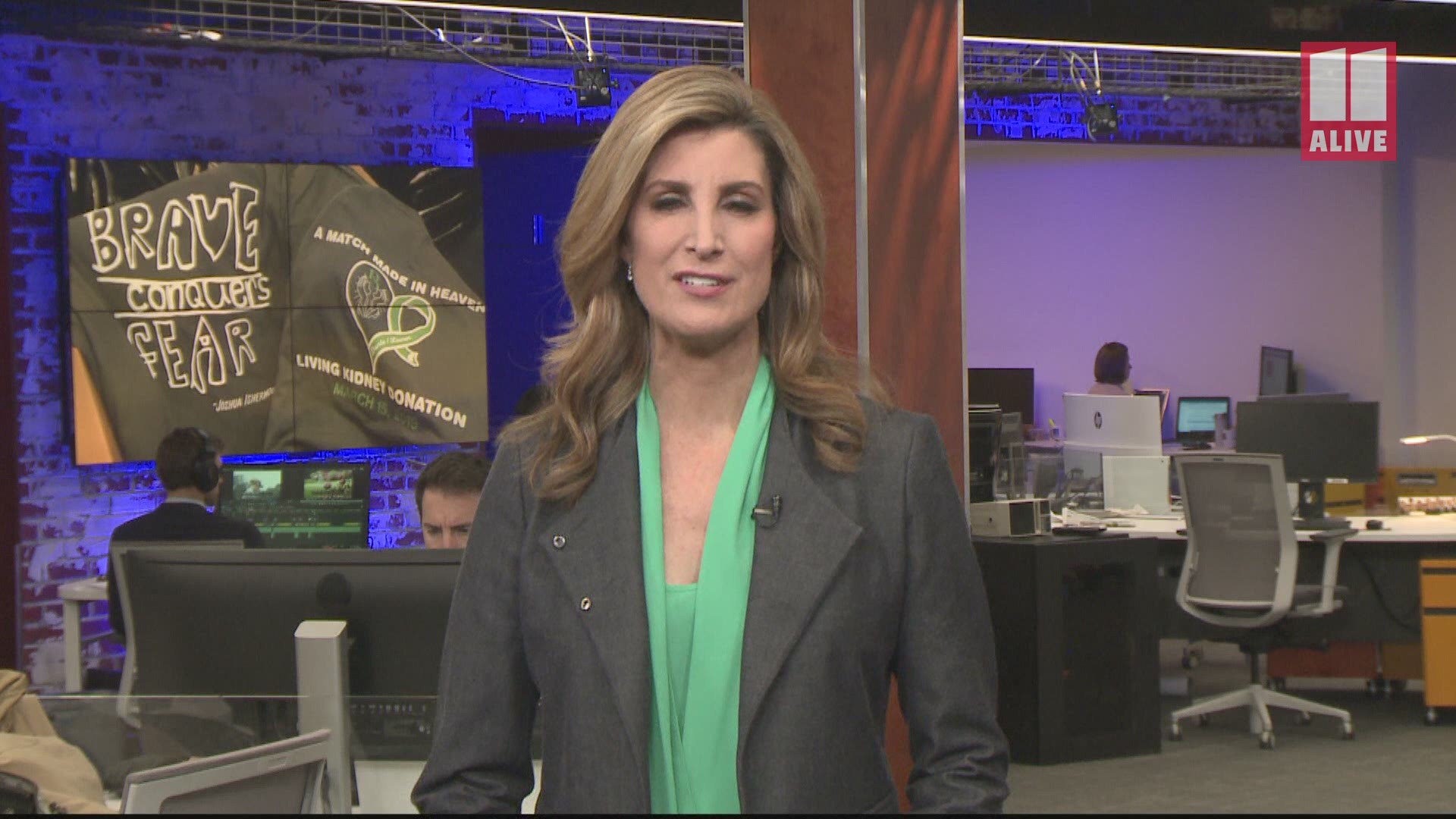 ATLANTA — It is the day Carrollton gym coach Dante Sipp has been dreaming of: kidney transplant day. Surrounded by his family, Dante’s day started early – 3 a.m. at Piedmont Hospital.

Lauren greeted him with a giant hug.

Lauren and Dante just met a few days ago. She heard about his struggle to find a donor and live a full life through Cheryl Preheim's Brave Conquers Fear series and said she knew immediately that she was supposed to help him.

“I knew the minute I saw his face that I was meant to be his donor,” she said. In her heart, she knew she was a match before the test results confirmed it.

On Friday, as Lauren prepped for surgery at Atlanta's Piedmont Hospital, Dante's friends and family came in to thank her, and pray, eyes filled with tears.

"It's truly a blessing for me," Lauren told Dante's family. 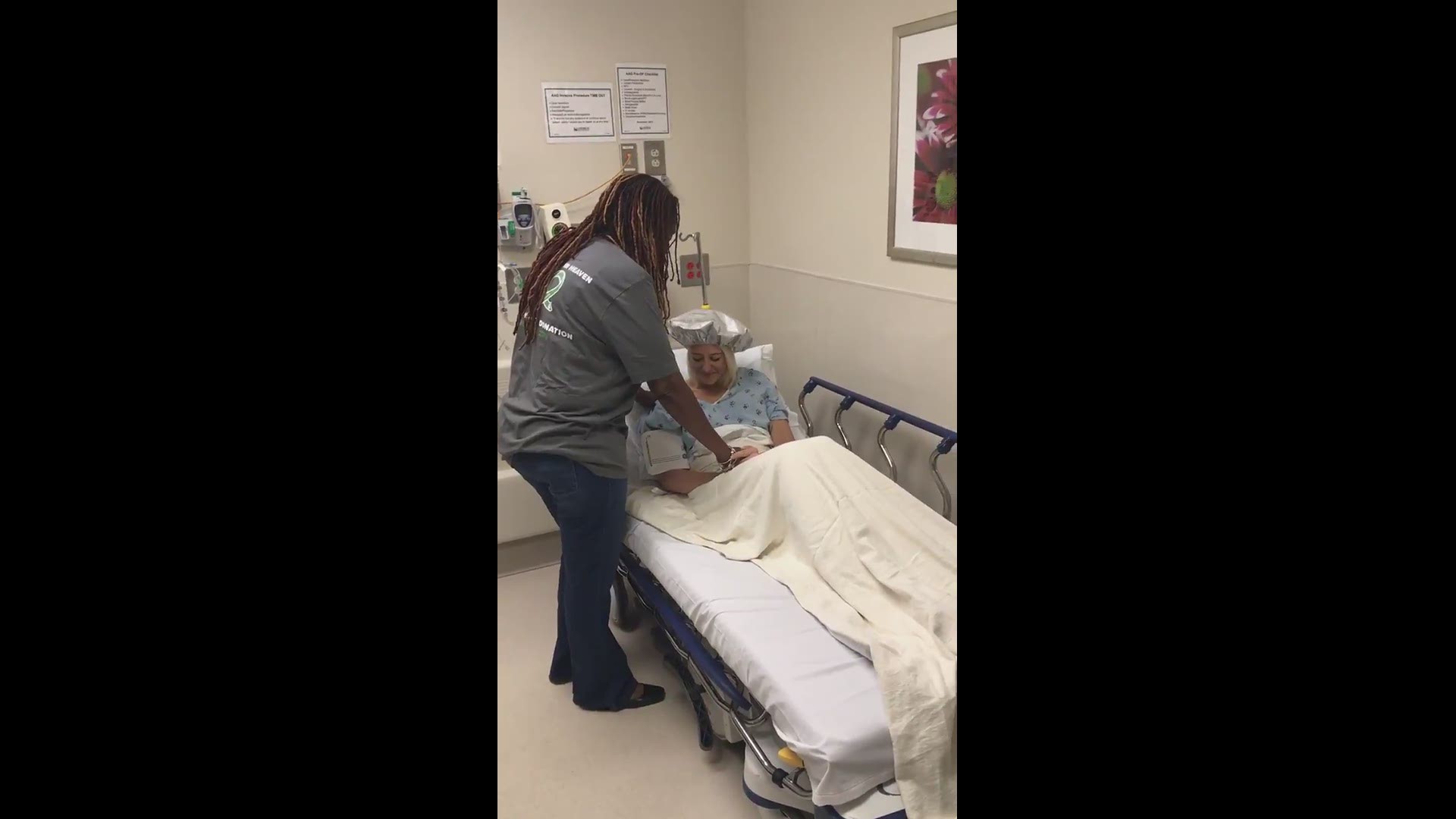 Right down the hall, Dante is all smiles.

"A new life starts for me today and I am so grateful," he said.

Credit: WXIA
Carrollton gym coach Dante Sipp is all smiles as he heads into surgery for his kidney transplant at Atlanta's Piedmont Hospital.

Dante said he was at the gym eight years ago when he realized there was something wrong: his legs and stomach were swollen. That’s when a doctor diagnosed him with kidney failure.

“I had no idea, I was so healthy otherwise,” Dante said. “I’ve been dealing with kidney issues for the last seven years.”

Every Monday, Wednesday and Friday, he underwent hours of kidney dialysis – then headed back to teaching the kids at the gym in Carrollton who look up to him. Despite everything he is going through, the kids said they can count on his energy and great outlook – no matter what.

Lauren said her biggest goal in sharing her experience as a kidney donor is to show people it's not that scary.

Before surgery, she cracked jokes with Cheryl.

Less than an hour away from surgery, Dante told Cheryl he wasn't "too nervous."

"There were times I thought this day would never come ... this is amazing."

Dante's whole life depends on this surgery. Since he was diagnosed with kidney failure, he has been on kidney dialysis for five years. When he's not in treatment, Dante is at Carrollton Gymnastics, where the kids he works with say he is a constant inspiration.

“Our kids adore him. He’s an outstanding young man, has an amazing work ethic and genuinely loves his job,” said parent Susie Underwood. “He has formed such an incredible relationship with our kids.”

Lauren called to Dante on her way to the operating room.

Dante heads to the operating room. The procedure takes about four hours. 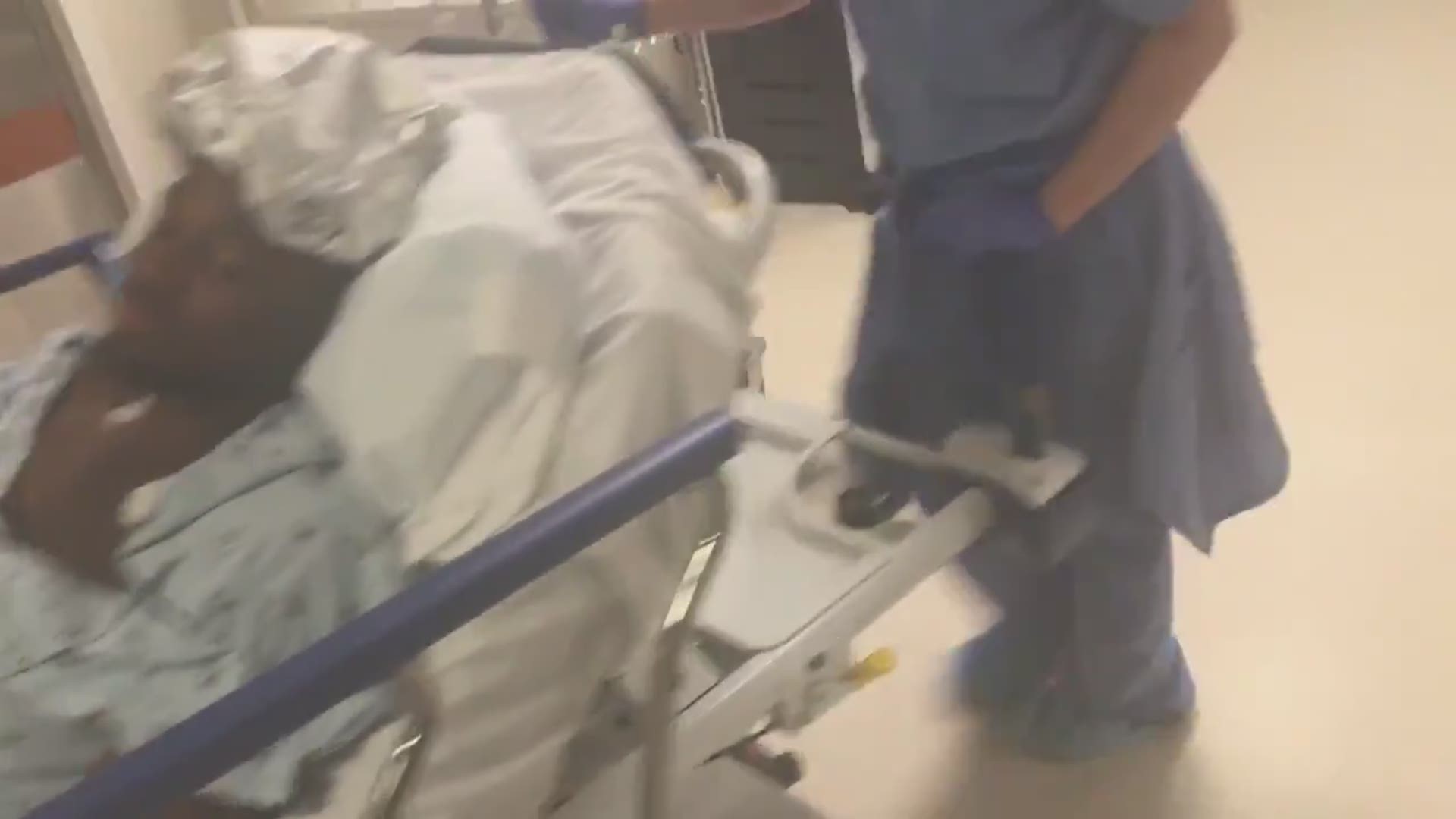 First, the surgeon works to remove Lauren's kidney. Dante is ready in the next operating room.

“It is a God thing. He made this connection," Lauren said, before she met Dante. “As soon as I saw him I felt this rush and I felt His presence."

Lauren and her husband Brady live outside of Athens and have three young children, ages 7, 1 and 2. She was told that after surgery, she would not be able to lift for six weeks -- that includes picking up her children.

"God was just like, 'This is it.' I'm going to be that person," Lauren said. "Dante, I feel like shares my same spirit."

Dante was overwhelmed to know that a complete stranger would become such a huge part of his journey toward healing.

"She is saving my life. I don’t know…how do you thank someone for saving your life?" Dante said.

RELATED: 'It is a God thing': Woman knew she would save man's life after seeing Facebook post about need for kidney

Cheryl was there as the kidney turned pink and started to function.

In the waiting room, the two families felt like one.

Dante is spending his Friday night in the recovery room. Everything appears to have gone well and now it's time to heal -- and celebrate.

"Both of them are what's good about America. That's the best thing to focus on," said Lauren's husband, Brady. "Two strangers from two totally different backgrounds came together to make a life-saving sacrifice."

85-year-old man helps others with his 'Mr. Tom's Heart' organization

Capes made 8-year-old patient feel strong, even when his body was weak