Autism will not hold back Jordyn Moore - and her parents hope her message changes minds and hearts. So far, it seems to be working. 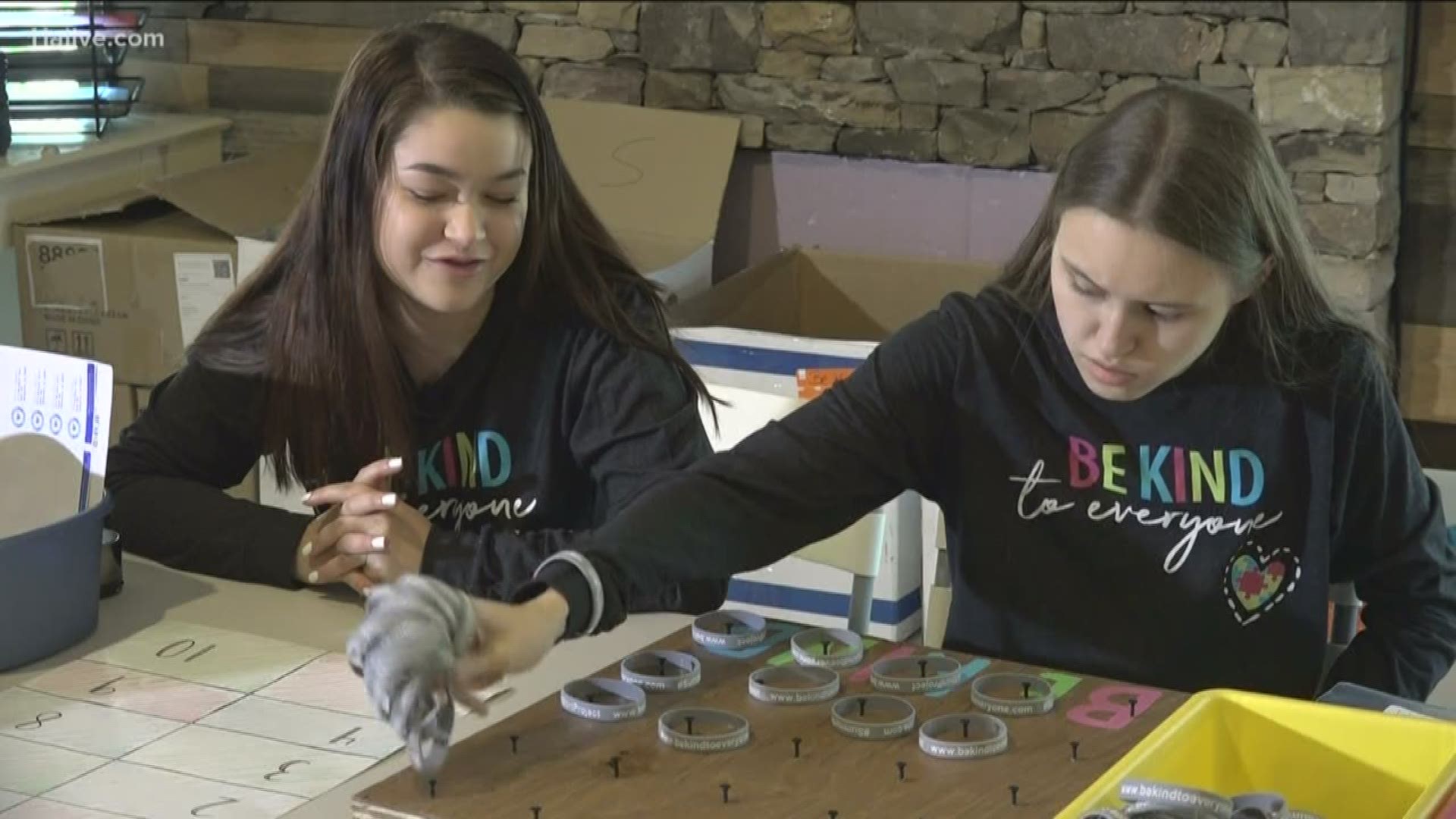 What happens when a teenager ages out of the only system in place to support them? For Ben and Jackie Moore, a conversation about their daughter's future turned into a movement -- and one that's making a difference across Georgia and beyond.

"I would say we get at least 50 orders a day," Jackie Moore said. "They just keep coming in all day."

She still can't get over how much it's changed.

"We would never in a million years dream this would happen," Jackie said.

Jordyn is 17 and has autism. She loves to dance. She'll dance for hours as she works on what they call "Jordyn's Summer T-Shirt Project." She's not only the star employee -- she's the reason the work started in the first place.

1 / 14
WXIA
Jordyn Moore's project started as a chance to learn a few skills. It became a chance to touch thousands of lives.

"Our major fear was what is she going to do when she gets out of high school," her father, Ben, said. "We were concerned about what would happen when she ages out of the system in place to help support her."

Over dinner, Jordyn's parents came up with an idea to sell T-shirts. They came up with a design that reads "Be Kind To Everyone." It also features a heart made of a puzzle, which represents Autism. They set a goal to sell 20 to family and friends.

The hope was that Jordyn would learn job skills through the project, such as sorting, folding and packaging. She would work on doing tasks and become more independent.

"When she first started, she was not quick and could not do a series of tasks on her own," Jackie said.

But, Jackie said the work has been life-changing.

"It seems like such a simple thing but it is a miracle," she said.

Jordyn did not say a word until she was 6 years old. She didn't interact very much with people.

So, the moment she walked across the basement office to give her dad a big hug wasn't lost on anyone. She laughed and hugged her mom too.

"You are such a funny mommy. I love you," Jordyn said.

"To this day, to hear her voice is pretty incredible," said Jackie.

Connection, emotion and being able to do a complex series of tasks is more than Jordyn's parents had hoped for.

She signs her name to every card placed with an order.

"How do you spell your name?" mom asked.

She's been working hard on her handwriting, too.

"When we first started, they were really messy and now they are neat," her friend Sarah Chirchirillo said.

Each bit of growth took courage, patience and hard work.

A few days a week, Jordyn works next to Sarah. The two go to school together at Lambert High School in Forsyth County. Together, they are an example of the message they spread.

"We just have this connection," Sarah said. "I told my mom she and I were sisters in a past life. She is definitely my best friend."

In a world that can use some kindness, Jordyn's t-shirt project is resonating in big ways.

There is a map of the United States in the Moores' basement with push pins placed where they have filled orders. They haven't had time to update the map for months. They're too busy with their growing movement of kindness.

They love the feedback from the customers.

"We have found that people want to see kids with autism succeed," Jackie said. "And it changes the way a lot of people approach a day."

"They tell us it is really hard to be a jerk when you are in a shirt that says be kind to everyone," Jackie said laughing. "It just adds some sunshine to the day."

Jordyn's little brother Hudson is part of the family business, too. His parents wanted to make sure he always felt like he's a big part of the mission and a bigger purpose. There is now a style of shirt named after him. As he's getting bigger, he's learning to help with the shirts as well.

"It is such fun family time together," Ben said.

The family supports non-profits with many of the proceeds. The goal was 20 shirts. They've sent out more than 20,000 so far - and counting.

Jordyn has a vision and skills she can use in the future - gifts of hope she loves sharing with the world.

"We are extremely proud and grateful," her dad said.

"It is one of the most rewarding things, as a mom, I have ever seen," her mom added.

You can learn more about the shirts at BeKindToEveryone.com.