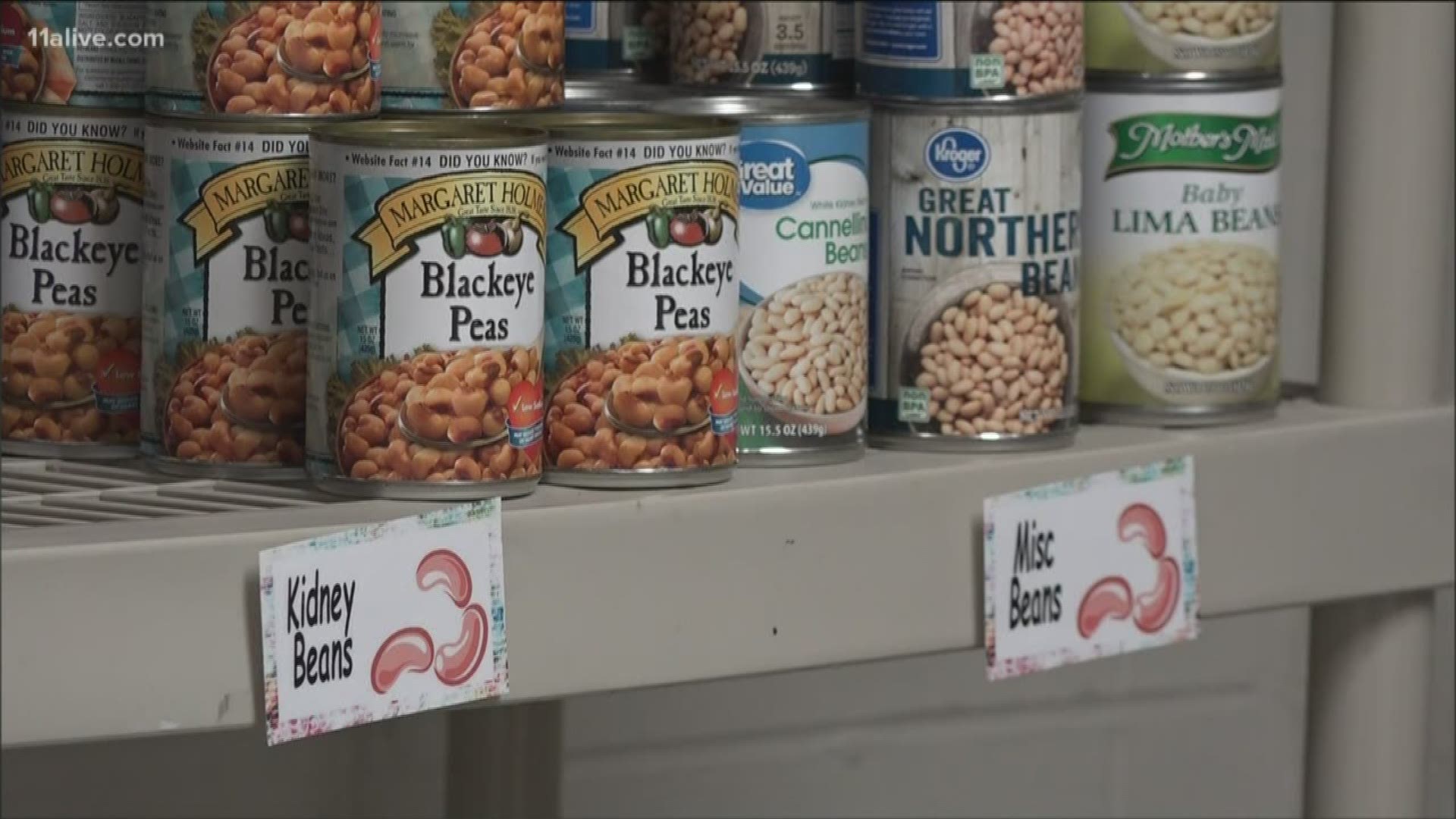 ATLANTA — Away from the hustle and bustle of changing classes, there's a door on Georgia State University’s campus which reveals how some students are struggling to make ends meet.

“But little alterations in their budget can sometimes have dramatic impact, and it's very difficult to learn if you're hungry.”

Food insecurity is an issue getting fresh awareness on college campuses as students face unexpected costs or the burden of student loans. In 2014, a group of Georgia State graduate nutrition students established the Panther's Pantry after a school survey revealed 68 percent of students at GSU were food insecure at some point while enrolled.

Currently, the pantry is run exclusively by donations and community support, with hopes of relieving students' stress. According to Laura Brown, graduate nutrition student and Panther’s Pantry manager, word is spread to students via social media, which has led to an uptick in visits.

“We've grown month over month, year over year,” she said. “Last month, we saw over 600 students, and we're only open ten hours a week.”

Despite donations, the end of the semester demand can also lead to a concern over supply.

It’s a need that is also not unique to Georgia State.

“At all kinds of institutions somewhere between 20 and 60 percent of students are food insecure,” Calhoun-Brown said.

While other graduate volunteers see the pantry’s need as symptomatic of a larger issue.

“It's kind of representative of Atlanta,” Jereme’ Gallier said. “Because there is so much homelessness, so many people in general that do have jobs and are still facing food insecurity.”

Ultimately, when times get tough, the university wants students to know support is available.

“We want to be aware that sometimes they are vulnerable,” Calhoun-Brown said, “And we want to meet that need for them.”

Building Hope and a Future: The new campaign to house those facing homelessness in Atlanta