Scientists warn that climate change could take out coral reefs

The researchers found most of parts of the ocean where coral reefs exist today won’t be suitable habitats for corals by 2045. 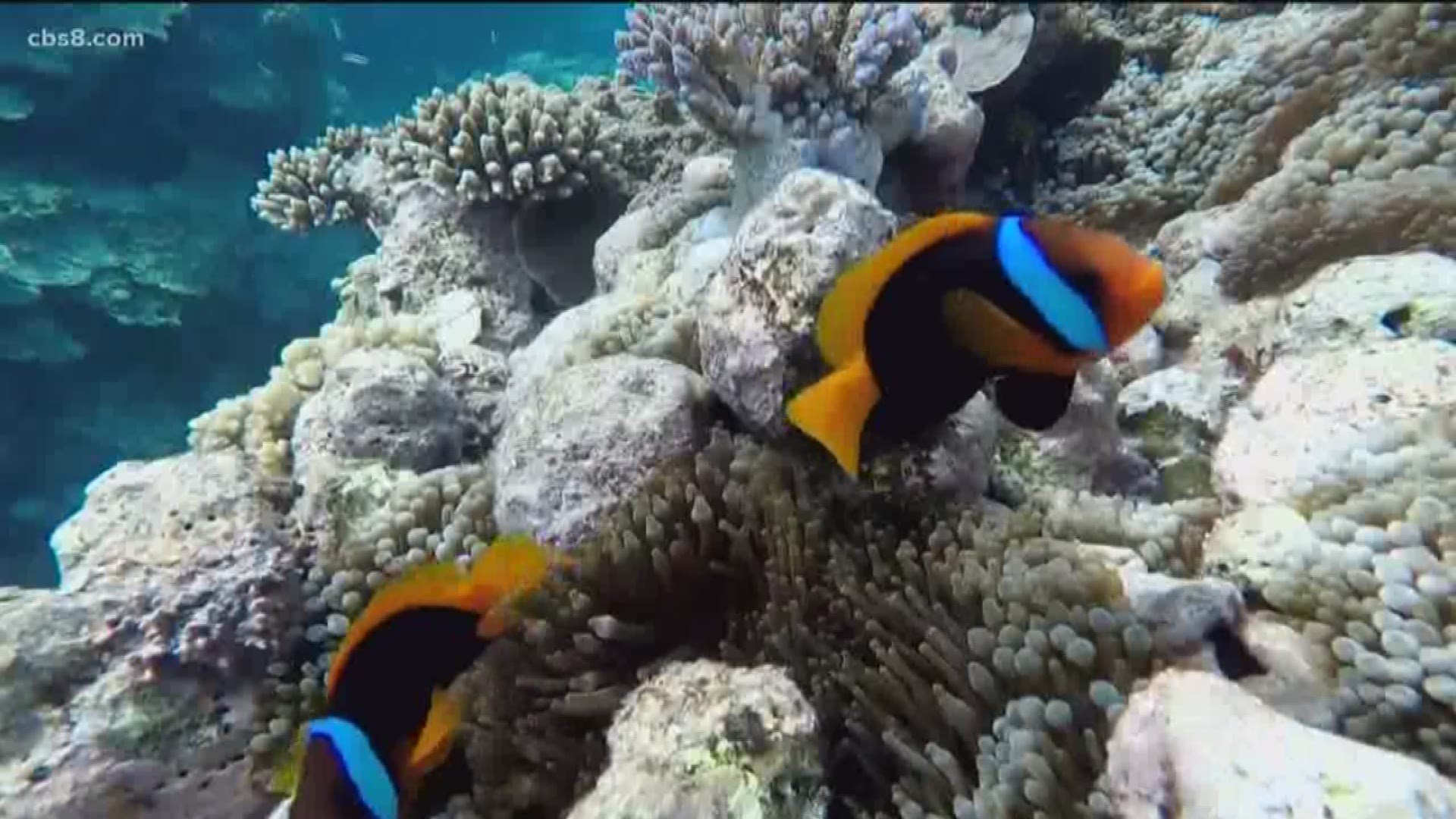 SAN DIEGO — Rising sea surface temperatures and acidic waters could destroy nearly all coral reef habitats by 2100, according to scientists.

Scientists project 70 to 90% of coral reefs will disappear over the next 20 years thanks to climate change and pollution.

Renee Setter, a biogeographer at the University of Hawaii Manoa, visited San Diego on Monday to share her research on climate change and coral reefs at the Ocean Sciences Meeting.

"The amount of carbon that's up into the atmosphere now is just not going to be sustainable by the end of the century," said Setter.

Some groups are attempting to curb this decline by transplanting live corals grown in a lab to dying reefs. They propose new, young corals will boost the reef’s recovery and bring it back to a healthy state.

However, Setter says we need to act right away to save the coral reefs.

"We really need to be making some big changes," said Setter.