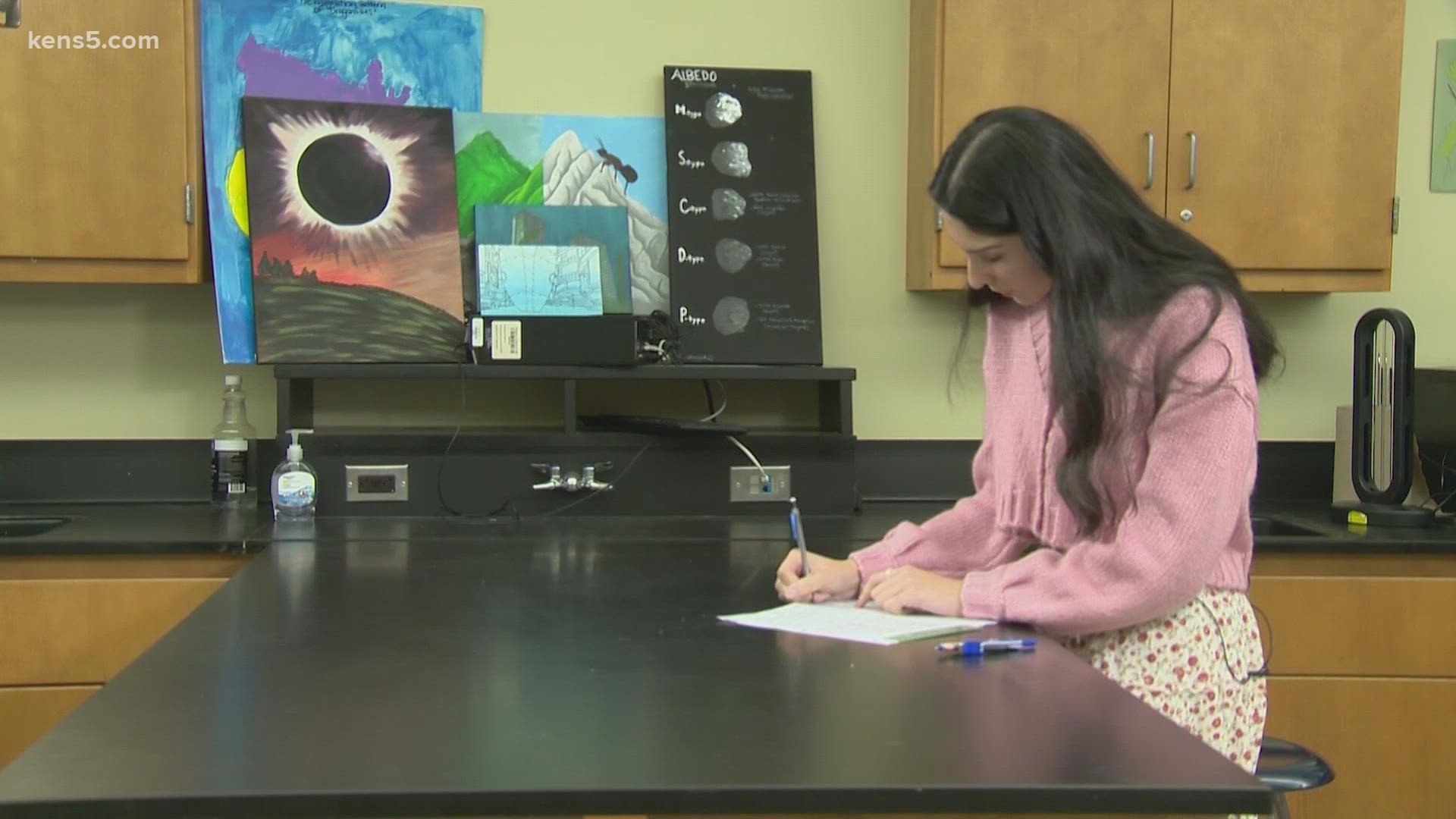 "In order to succeed in this program, you really have to be just the best of the best," Amanda Pelletier said.

Pelletier is Shayesteh's Earth and Science teacher. According to the technology coach, Shayesteh was the only student selected from Champion High this year.

"She gets to work on real-world NASA problems," Pelletier said.

The 17-year-old is a native of Seattle who moved to Boerne one year ago with her family. She is a science enthusiast who loves art and tennis.

"I've always been like surrounded by science and math," Shayesteh said. "And I just really enjoy it."

The HAS program gives Shayesteh about four months of interaction with space professionals with a chance to score a summer invitation to NASA.

"Getting kids into space is one of the smartest things we can do as science educators," Pelletier said. "Not only is it interesting, but all of those new technologies that are coming about can really serve them in their futures."

For now, her backup majors for college are physics and aerospace engineering.