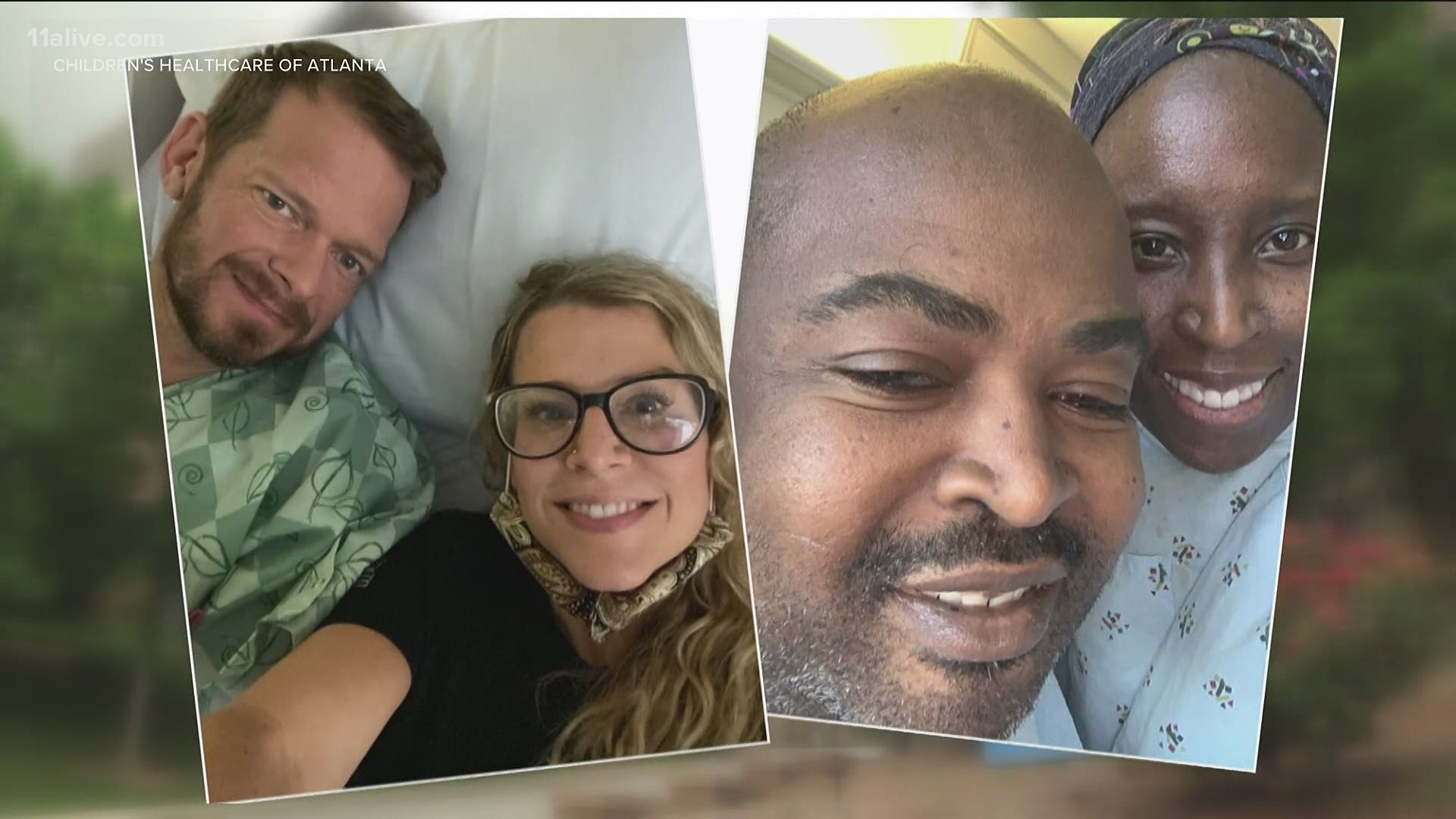 ATLANTA — There are many heroes that walk the halls of Children's Healthcare of Atlanta.

But then there are the unsung heroes, busy behind the scenes.

That's where Tia Wimbush and Susan Ellis work, both in the hospital's IT department.

The comparisons don't stop there.

Their husbands went into renal failure within days of each other, both men in desperate need of kidney transplants.

"Susan had been through the process before," Wimbush explained, "And Lance had been through it before. So we were just checking in on one another. She mentioned she wasn't a match for her husband, and I asked her what his blood type was, and she said O negative."

RELATED: An Atlanta dancer got into Juilliard. Now comes the hard part.

Listening to her co-worker, Tia realized that blood type presented an added difficulty in finding a match. The conversation sparking a life-saving idea.

"It took me a few minutes to really wrap my brain around the magnitude of what she was saying," Ellis told 11Alive's Liza Lucas. "And then I walked away with extreme excitement about the possibilities. Lance's blood type is very rare to receive a kidney. He can help anybody. It's universal to help, but to receive it, it's about 7% of the world."

"So the likeliness of Tia and Lane being similar are the exact same blood types was, was amazing," she added.

For Tia, the plan seemed meant to be.

"There are so many similarities in our stories with Lance and Rodney for when they went into renal failure, the timing, most everything what are the chances that we are here, and we're not meant to help each other in this moment," she said.

Tia and Susan had their surgeries March 17 and after recovery, the pair  returned to Children's Healthcare of Atlanta, where that simple check-in between co-workers had turned into a second chance for two families.

"Tia could have donated to Rodney," Ellis said. "She chose a different route in order to help us."

"To have such an unselfish gift, to give you another shot at life, I mean it's the greatest thing," Lance Ellis said. "It is something you can never take for granted."

For the couples, the answered prayers and new lease on life also comes with a powerful reminder which they hope will inspire others.

"There's a story of kindness," Wimbush said. "Of checking in on each other, of connecting with people. People matter. No matter what they look like, what their race, what their religion. We all matter, the same, we're all in this together."