After Sofia learned she had cancer, her sister stepped in when she needed it most. 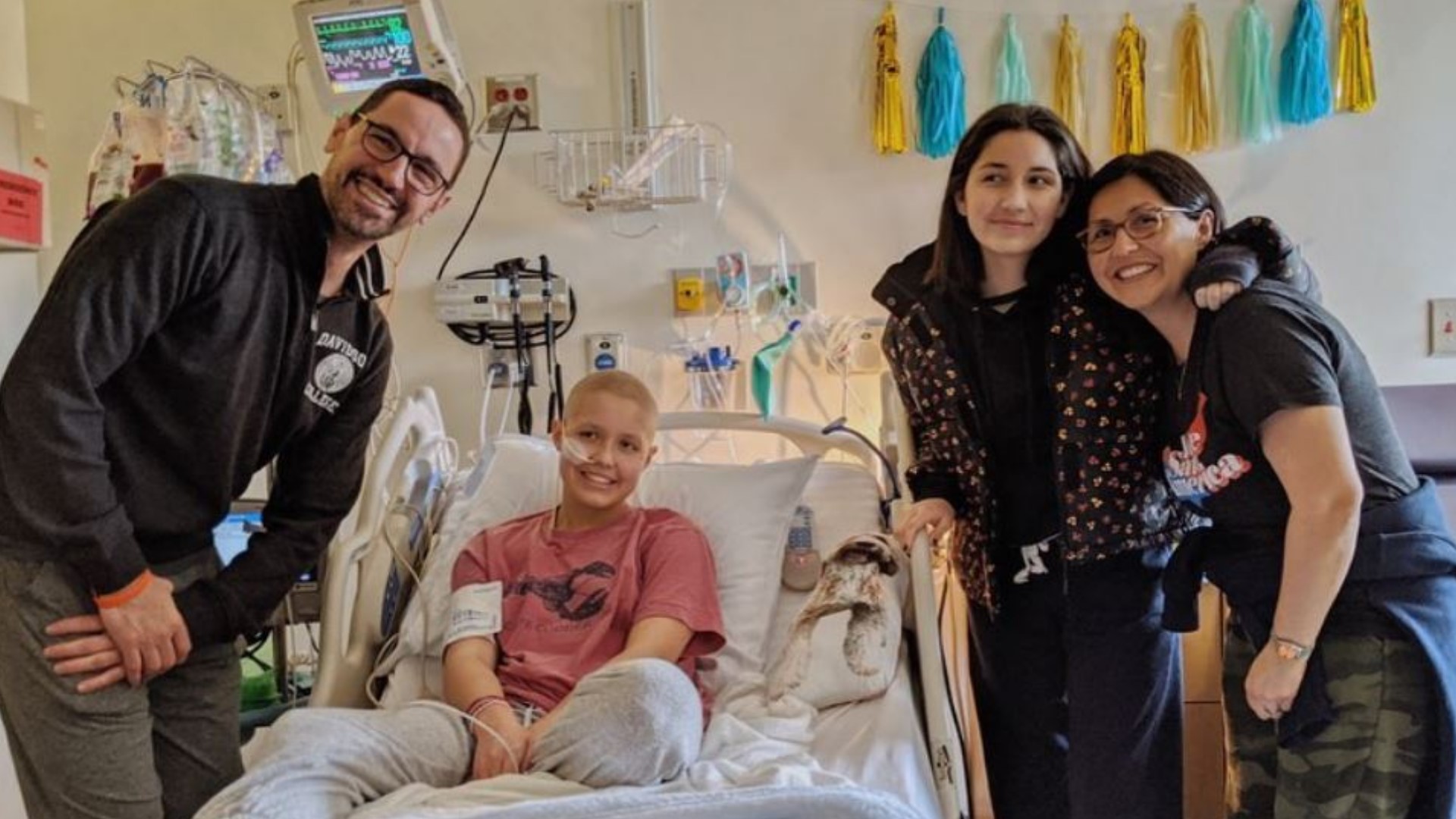 ATLANTA — From shared laughs to shared adventures, Sofia and Bella Irlando have grown up together. The sisters side by side in the good times, and the hard ones, too.

Such bonds of sisterhood were put to the test after Sofia received the news she had acute myeloid leukemia, a cancer of the blood and bone marrow.

"It was obviously very scary, it was very stressful," Sofia told 11Alive of her diagnosis.

The news meant not only rounds of chemotherapy for Sofia, but the need for a bone marrow transplant.

While siblings are often checked as potential donors first, Sofia's big sister Bella was only a half match, meaning it was more viable for Sofia to use an unrelated donor.

"There is a 25% chance of a sibling being a perfect match," Dr. Benjamin Watkins, a pediatric hematologist and oncologist at the Aflac Cancer and Blood Disorders Center, said. "There are a number of patients that have more than one sibling that increases the chance of a match but there are also patients that either don't have siblings or the siblings are unable to donate for medical reasons."

Finding an outside donor can take four to six weeks on average, according to Dr. Watkins.

Yet right before Sofia's procedure, her donor was no longer eligible to give.

"I was just in shock," she said. "We've been praying for this for so long, and at this point, I'd already gone through my complete chemo regimen."

The AFLAC Cancer and Blood Disorders Center at Children's Healthcare of Atlanta is one of the largest pediatric marrow transplant programs in the country, and Sofia's doctor said they've never had a donor pull out the day before.

Since Sofia had already been prepped with chemotherapy, the decision was made for Bella to step in.

"I didn't know I was going to officially be her donor until the night before I did it," Bella said. "It all moves very fast."

Within hours, Bella was out of school and at Children's Healthcare of Atlanta Egleston to be tested and quarantined.

"She didn't question it," Sofia said. "She just went straight into it. It was amazing the way she stepped up."

With only a slight delay, doctors were able to harvest the transplant cells from one sister in order to perform a life-saving treatment for the other.

"It was quite astonishing that we were able to pull it off with a less than 48-hour delay," Dr. Watkins said "It was an amazing team effort... There were easily more than 20 people involved in some way or another."

The experience also taking the meaning of sisterhood to a new level for the Irlando family.

"Of course it means the world, but I think it's awesome we get to share this connection now," she said.

"Cells coming from a stranger, I was so grateful, so appreciative that people do that," Sofia added. "Coming from your sister, it just means a lot more."