Two 15-year-olds helped an EMT try to save a woman's life. 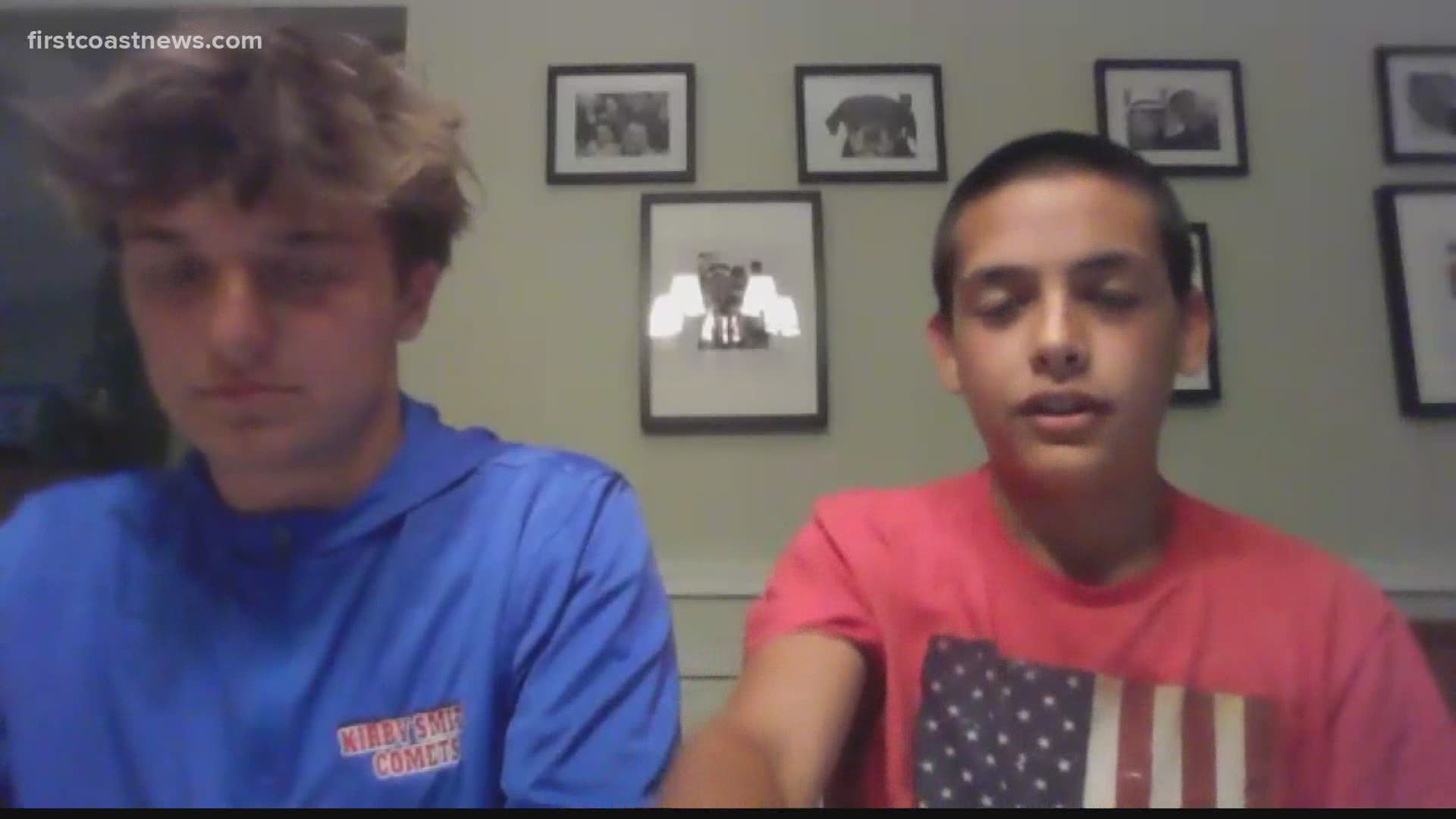 JACKSONVILLE, Fla — Lucas McLoughlin and Younger Wingerter say they heard a loud noise, a splash, and then a giant thud like a "meteor" hit the earth.

Turns out the 15-year-old boys were at the scene near Kernan Boulevard and McCormick Road when a woman lost control of her car and plunged into a pond. She was trapped inside.

Wingerter says they tossed aside their cell phones and -- without socks and shoes -- sprinted toward the pond. Then they jumped in.

"She wasn't talking. She was in shock," McLoughlin told First Coast News.

He says she was just giving him a "stare."

People on the bank started to throw rocks to break the car window and yell instructions. That didn't work.

Then they had a device to try and break another window. Finally, hitting its "sweet" spot down low in a corner, they shattered it, but then the car started to take in water and sink

McLoughlin, whose father is an army veteran, reacted quickly when an EMT asked him to grab a rope and attach it to the car so a truck could attempt to pull it out.

Wingerter managed to get in the car and untangle the woman trapped in the seatbelt and pulled her out of an opening.

The boys say the car was totally under the water. Both boys say they hope she's OK. They hadn't heard yet as of Tuesday evening after the ordeal earlier the same day.

If she is OK, they are hoping to have a reunion with her at some point.

The Jacksonville Sheriff's Office did not give a cause for the incident.