Manny "America" Ruiz kept a signed contract and waited more than a decade for his free haircut. 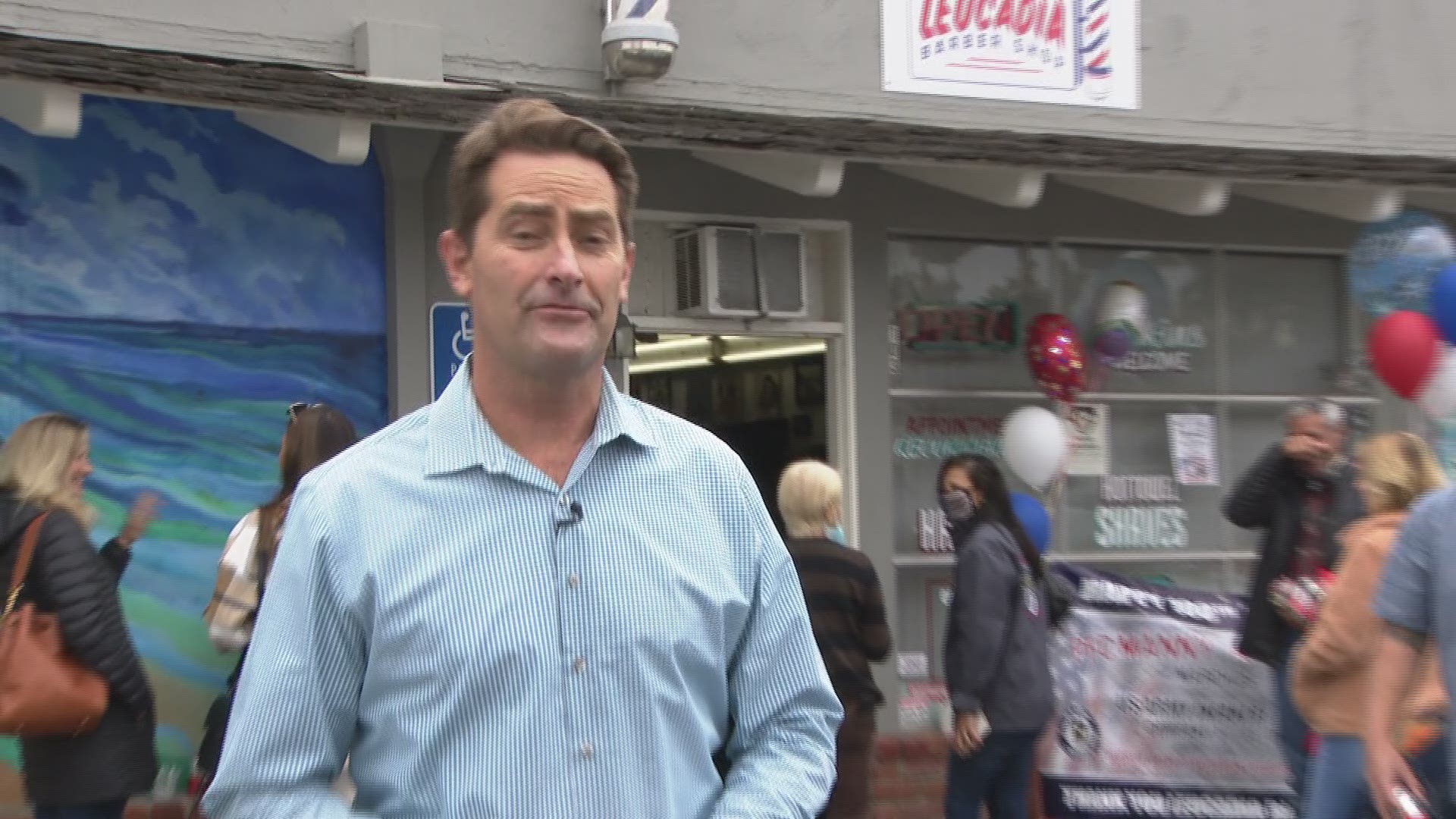 ENCINITAS, Calif. — What would you ask for on your 100th Birthday? In this Zevely Zone, I visited the Leucadia Barber Shop to see a World War II veteran receive a gift that's been a long time coming. "I'm back, you never thought I'd be back, I want a free haircut, it was promised, start clipping," said Manny Ruiz on his 100th birthday.

When the World War II veteran, was a younger man, he was made a promise. Linda Zermeno at the Leucadia Barber Shop remembers that promise all too well. "A free hair cut when you turn 100 and you've been waiting for what? 17 or 18 years?" asked Linda.

Manny knows exactly when and where the promise was made because he wrote it down every word on a piece of paper he pulled out of sealed envelope. "I am entitled to a free cut when I reach one hundred years of age, it's legal document," said Manny with a huge laugh. Manny was born in Dallas Texas on March 25, 1921.

At a young age Manny moved to Minnesota where he grew up in the farming communities around Minneapolis. Manny was raised to be polite and to work hard. He lived a simple life and met the love of his Life, Mona. They married in November of 1940. Together they had four children, five grandchildren and eight great grandchildren. Manny and Mona were happily married for 70 years until she passed away.

Manny was a railroad employee in Minneapolis, then World War II came calling. Manny tried to join the Navy but couldn't swim so the recruiter said welcome to the Army soldier. The next thing he knew, Manny was standing in Germany with a rifle in his hands. "There I saw combat, I was there about a week and they made me the machine gunner," said Manny while taking a seat in the barber chair. It's fitting he was in a barber shop to tell the story because Manny knows all about having close shaves. "The man upstairs was looking after me," said Manny.

That was something to toast. "He is a true American hero, thank you grandpa. I love you, Happy Birthday," said Scott Thompson who hoisted a glass of champagne. Scott is Manny's grandson. He said his grandpa wasn't born with a middle name, so a few years ago, Manny started calling himself Manny "America" Ruiz. "A great American, the greatest generation. Awesome," said Scott.

So, there Manny sat, surrounded by birthday balloons, cards and five generations of love. While Linda cut his hair and shaved his neck, despite the hoopla, Manny took a much deserved nap. He then woke up refreshed and looking 30 years younger. "Thank you for your service," I said honored to receive a handshake from a hero. "You are most welcome," said Manny.

Any veteran will tell you, 'Liberty" isn't free, but Manny's haircut sure was. "Happy Birthday to you," sang Manny's family.