The two young men decided to take action and risk their own lives to save a stranger. 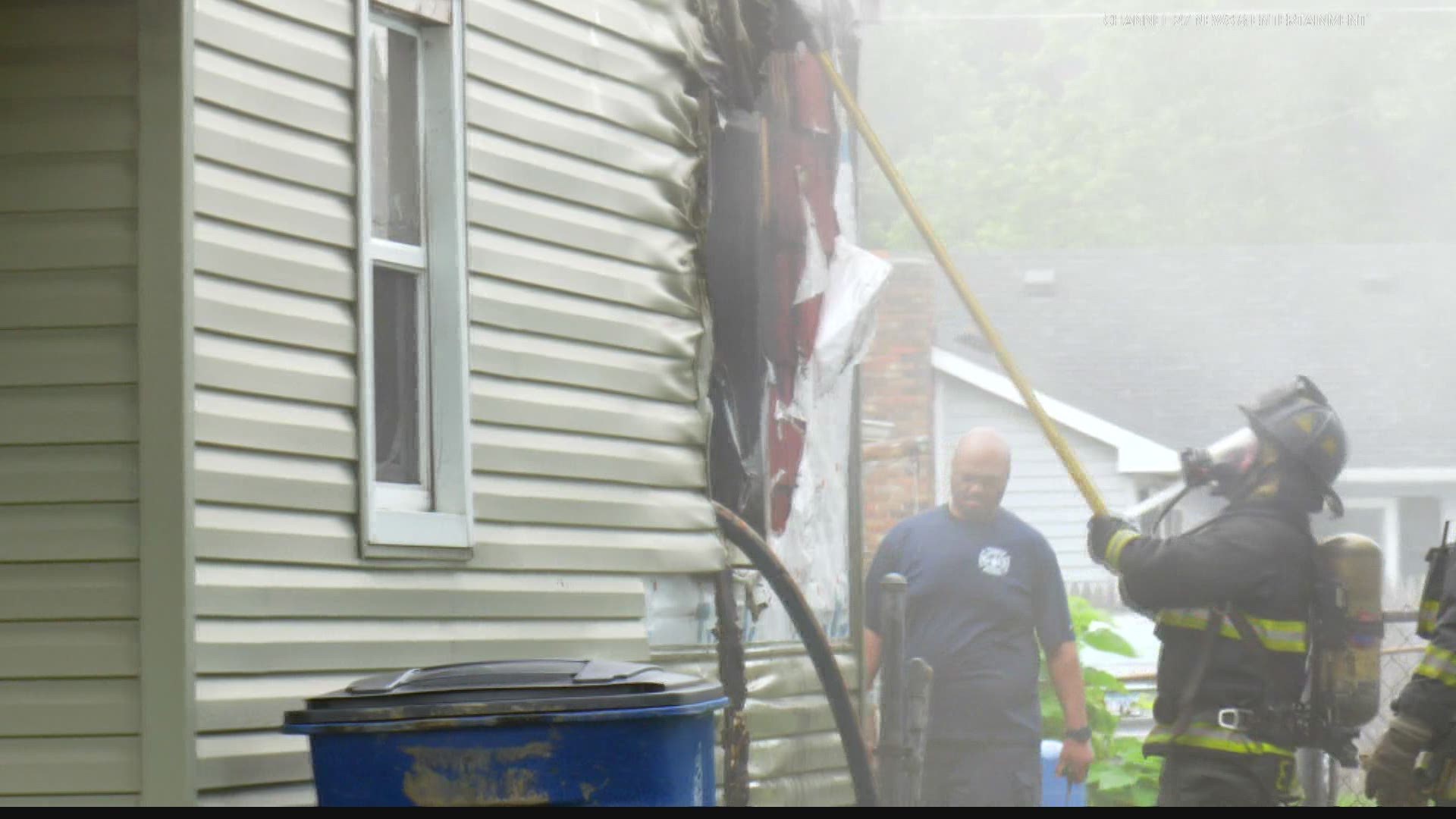 MARION, Ind. — Two young men are being hailed as heroes in Grant County, after rescuing a man from his burning home.

They were in the neighborhood when they noticed a fire.

"I'm like 'I smell some smoke. Somebody's house is on fire,'" Jones said. "There's people in the front yard, some of them recording."

"They basically tell us there's a guy inside the house," Harvey added. "We didn't know where he was at, just heard him screaming and everything."

The man inside was trapped by smoke and flames.

"Then I started hearing him," Jones said. "I'm like so why are you all just standing there?"

He decided to take action and risk his own life to save a stranger.

Credit: Jennie Runevitch
Guy Tarlton got trapped with smoke in his home after a fire started when he fell asleep while cooking.

"So I kicked the door in. When I kicked the door in, fire, smoke, all that came through," Jones said. "It blew out at me. I see a little tunnel area I can duck down and get underneath the smoke. Now I could hear him a lot more clear so I'm like 'here I come,'" Jones recalled. "Picked him up, scooted him out the house. When I got to the door, Marcus assisted me. He grabbed by his pants. We dragged him out here. That's when the firefighters came and stuff."

"As we're coming out of the house, we can't see anything but only thing I can sit there and tell you if you believe in God, mysterious things will happen," Harvey said. "He was there the whole entire time showing us the way out."

The victim, 56-year-old Guy Tarlton, fell asleep while cooking Father's Day dinner. The fire is believed to have started in the oven.

Tarlton's nephew says his uncle's rental had no smoke alarms. Guy is now in critical condition at the hospital, but alive.

"30 percent of his upper body's burned. He has burns on his arms, on his head," Tarlton's nephew said. "We just gotta keep praying that God will bring him through."

The nephew met his uncle's rescuers for the first time on Tuesday.

He wanted his mom, Guy's sister, to meet them too, to say thank you.

Jones and Harvey have been keeping in touch to get updates on Guy. They can't visit him because of COVID-19 restrictions. But they're glad he's still fighting to survive.

And they're glad they faced fire, to make sure he could do so.

"They just had an instinct of human nature to save a person if you hear them saying help," Tarlton said of the young men.