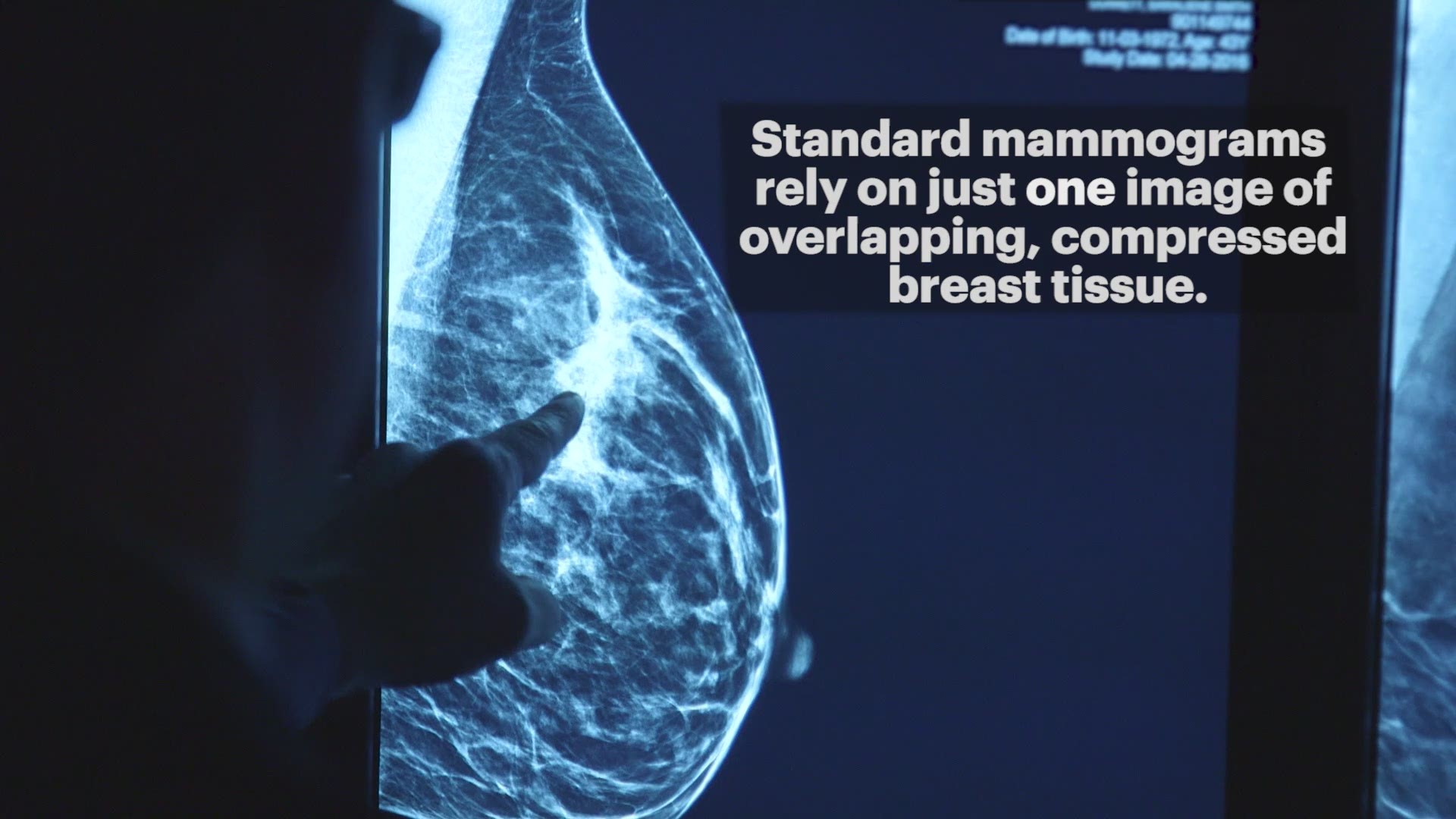 Screening mammography has been utilized in the United States for more than 40 years. But one of the major limitations of these screenings is that they don’t effectively detect breast cancer in women with dense breast tissue.

The difference between standard mammography and tomosynthesis

In a standard mammography, there are two pictures taken of each breast. When that first picture is taken, the breast is compressed between a plastic plate, and all of the tissue is squished together to form one image.

Unfortunately, this technique causes tissue to overlap on itself when radiologists look at the final picture.

“That overlap, especially in dense breast tissue, can make it more difficult to interpret the mammogram,” says Kristi Winford, M.D., a Piedmont Breast Center radiologist . “A cancer may be obscured by surrounding dense breast tissue, making it difficult to detect. Alternatively, a woman may be recalled for a finding that represents normal, overlapping tissue. This is known as a false-positive."

Many women get recalled after a screening mammogram because radiologists see images that look like breast cancer, but when you do the initial workup, there’s no cancer.

Tomosynthesis combats this problem by taking 15 mini-exposures instead of one.

Dr. Winford says, “From those 15 mini-exposures, we are able to generate a series of one-millimeter-thick slices through the breast tissue. This allows the radiologist to see through the overlapping breast tissue, reducing false-positives. True cancers are also more easily detected, as they are no longer being obscured by the surrounding breast tissue."

Though tomosynthesis exposes women to slightly more radiation than standard mammography, it is a promising solution for women with dense breast tissue.

"Our goal is to reduce the number of women called back for findings that are not breast cancer, or reduce false-positives, as well as increase our sensitivity for detecting true breast cancers. Tomosynthesis has been shown to do both, particularly in women with dense breast tissue," says Dr. Winford.

Piedmont is the only healthcare system in Georgia to become an affiliate of MD Anderson Cancer Network®, a program of The University of Texas MD Anderson Cancer Center. This collaboration ensures patients receive cancer care based on best practices developed by one of the nation’s leading cancer care providers. Click here to learn more.