He delivers food and clothes to homeless Atlantans. Then he takes their portraits.

Three times a week, Daniel Troppy loads goods into his car and film into his camera. 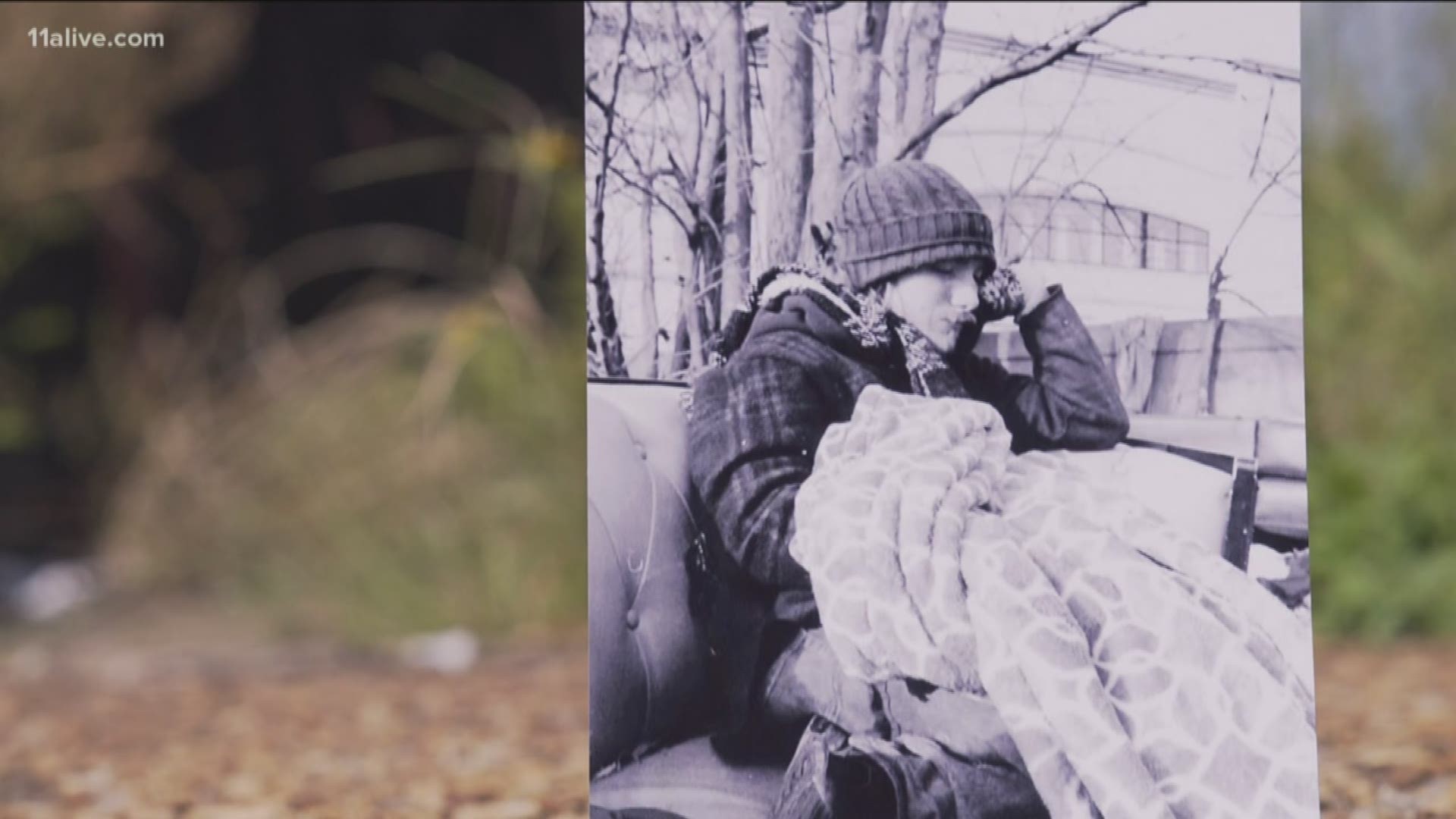 “In a month?” she says. “Three or four people might just stop by and help.”

One person is Daniel Troppy. He lives three miles south. Three mornings a week, he loads food and clothes into his car - and a roll of film into his camera.

On this morning, Daniel tells 11Alive’s Matt Pearl, “I first just want to drive by, say hello, and see if she needs anything. That’s the plan for now.”

It’s a regular stop, one of many Daniel makes. But this stop ends with a snap – the snap of a 35-millimeter camera. Daniel takes Lisa’s photo. Later that day, he’ll head to a darkroom and print it.

One year ago, Daniel began driving his city, delivering food, and documenting faces.

“The first time I came here,” he recalls, “to the old abandoned bridge on the Westside, I asked people if I could take their photographs. Immediately they all said yes. They said, ‘You’re the first person to stop and ask for our permission.’”

Today it’s his ritual. Daniel uses his bathroom to load reels, his kitchen to develop negatives, and a darkroom in Atlanta to imprint an image of dignity and depth.

“It’s magic,” he says. “I love it. It takes me back to that day of who I met and listened to their story. That’s the thing I love about photography: it really captures that moment.”

Daniel posts his photos – and the stories behind them – on Facebook. In the past year, those posts have led to donations from around the country. People give money. Sometimes they give clothes, pillows, even tents. Then the cycle renews, and Daniel heads out to deliver.

As he talks about it on this day, he begins to choke up.

On this day, Daniel gives until his trunk is clear. But before the day ends, he makes one more stop three miles north.

He spies Lisa in her usual spot, parks his car, and shouts, “Hello, sunshine!” Then he strides over with her portrait in a frame.

“How’d you do it like that?” Lisa asks. She smiles, then chuckles. “But I look nice in this one!”

Daniel hopes to turn this cycle into a nonprofit and possibly a book of portraits. His actions don’t change the overall need or solve a complicated, widespread issue. They simply provide a frame of respect.

“I’ll always go back, and I’ll always check in on them,” he says. “Anybody could step in and just do it.”

Matt Pearl’s Untold Atlanta series tells the stories we don’t hear often enough: the stories of our communities and the people who make them special. If you know of a great untold story to share, follow Matt on Facebook, Twitter, or Instagram or e-mail him at mpearl@11alive.com.