Floyd Brown heard about a problem a dozen miles away. So he went to solve it. 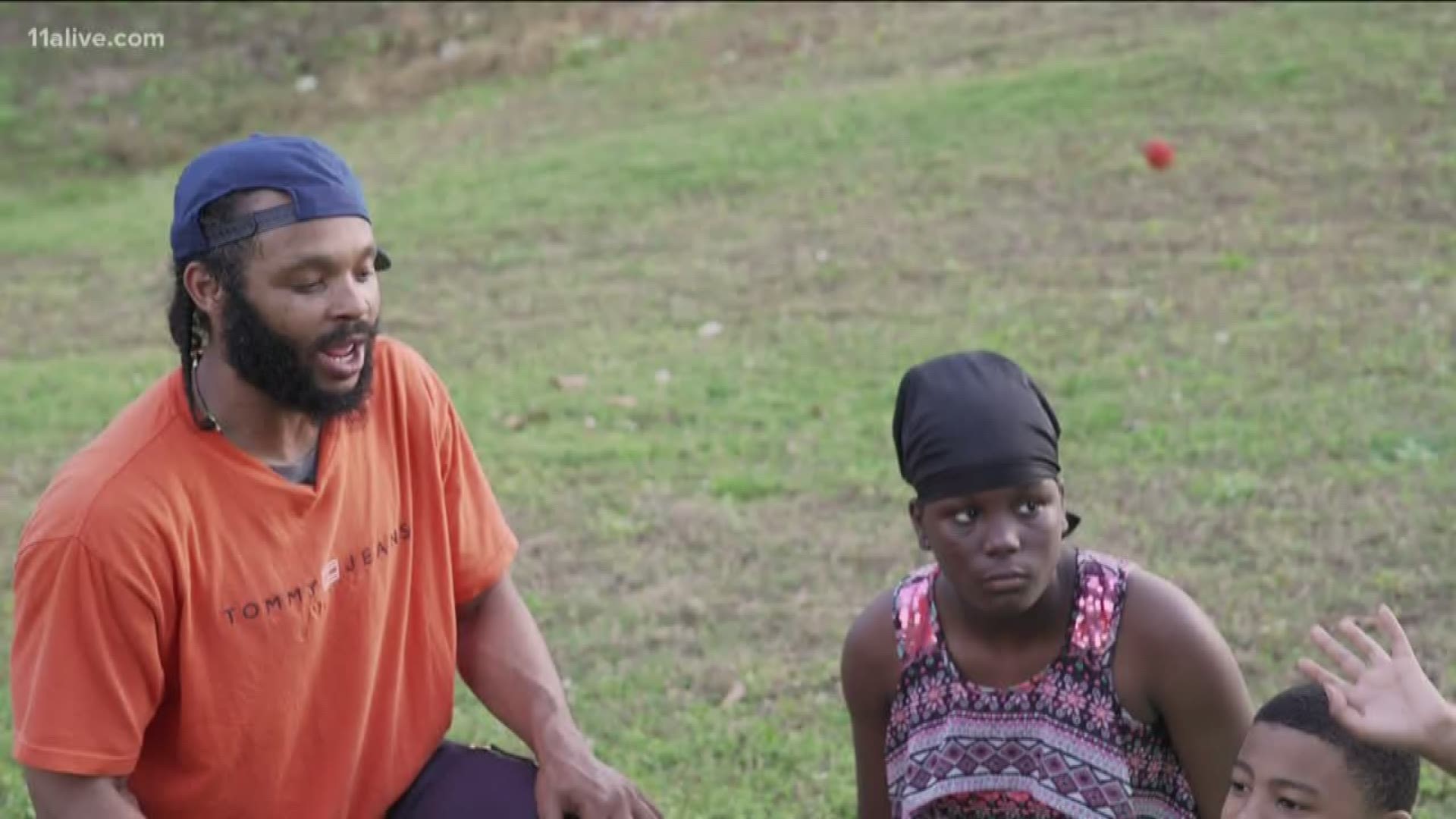 ATLANTA — This story was originally published in May 2019.

The secret to a fine garden is fertile soil.

"I do what I can with what I have where I'm what," he told 11Alive's Matt Pearl. "I don't need grants. I don't need equipment."

All he needed was to scroll Facebook one day a year ago and find a post from an employee at Atlanta's Allen Hills Apartments.

"It said, 'Hey, there's a bunch of kids, and there's no program. Does anyone do that?' I read that post, and I was there that day."

Brown arrived on the grounds and began boxing with the kids. They haven't stopped. He shows up every Monday, Wednesday, and Friday at 5:30 p.m.

Except now they don't just box -- they've started a garden.

That food has become a square plot between two brick buildings. The kids come out and tend to it with Brown's guidance. They grow okra, kale, bell peppers, cantaloupe and more.

In the future, they'll move to a larger, permanent space in the complex.

"You gotta think," Brown said, "some of these kids may have people who say they're gonna show up and never show up. So when you say you're gonna show up, you gotta show up."

In the recent past, the Allen Hills apartment complex has made news for a shooting, missing children, and, most recently, a fire. But new management has aimed to spearhead change. Brown's presence is one part of that process.

Brown believes, if he stopped coming today, he'd have already made a huge difference. But he doesn't plan to stop. He says he's found fertile soil in a group often underestimated and overlooked.

"I see a lot of hope. I see potential. I see avenues to freedom. I see consciousness rising."

He adds, "That's what I see: new beginnings."

Matt Pearl’s Untold Atlanta series tells the stories we don’t hear often enough: the stories of our communities and the people who make them special. If you know of a great untold story to share, follow Matt on Facebook or e-mail him at mpearl@11alive.com.