She opened for the likes of B.B. King and Ray Charles, but Atlanta's Beverly 'Guitar' Watkins was a legend unto herself 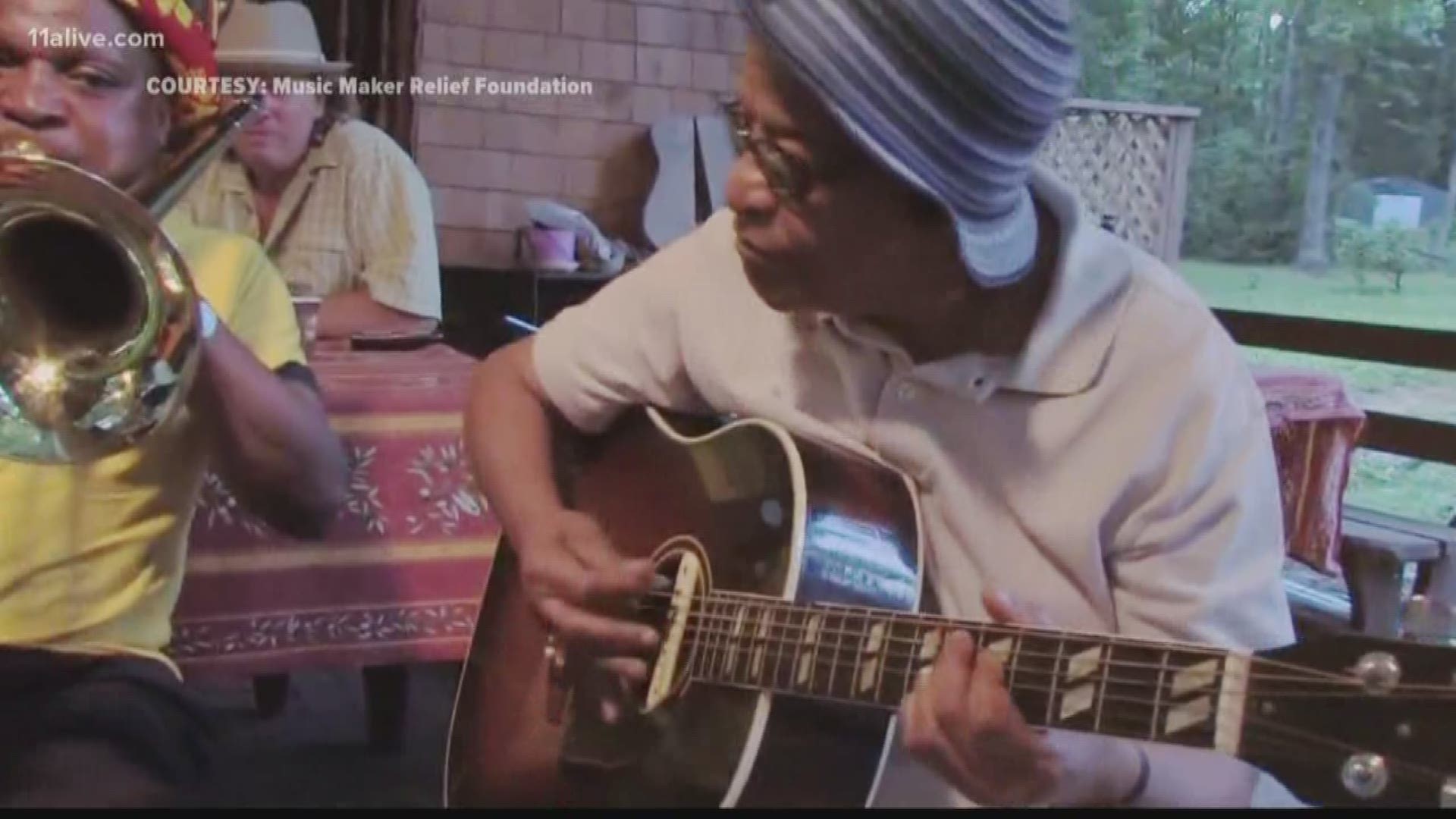 ATLANTA — In four locations across Atlanta, four Atlanta musicians play the favorite song of the Atlanta legend who played it best - someone whose story doesn't get told enough.

"She was a monster on guitar," Sarina Ivory said.

Sandra Hall said Beverly "Guitar" Watkins was known to her fans as the Queen of the Guitar.

Her son Stan Watkins said she was no joke.

"People see her now in the videos," he said. "and she's real old. But my momma didn't play."

The videos today rarely extend beyond the past decade - grace notes of a granny that omit her grind. Born in Atlanta and raised in the country, she returned home to blaze trails in the Blues.

Her son said she would go to the club and people wouldn't believe she was the guitar player.

"People wouldn't let her in the club," he said. "Nuh-uh. They didn't think unless she made it to the stage."

But when she did, there was no doubt she was telling the truth.

Watkins wore dresses and sequins. She opened for Ray Charles and B.B. King. Those videos online give hints of the show she put on.

"I've seen Beverly do splits with the guitar," Sandra said. "She played the guitar behind her head."

Lola said she put on a show that would turn heads.

A magazine writer once described Watkins as the "greatest living blues artist nobody ever heard of." Watkins made music her life.

The music business made it tough.

Her son said she probably would have made more money if she had been a man.

"She should have been bigger than what she was," Stan said.

Instead, though, Watkins churned out a career and used her later years to cement her trail.

Sarina said she met Beverly when she was about 16 at Girls Rock Camp ATL.

The camp does exactly as its name suggests. Watkins performed every year.

Then she saw Watkins playing the guitar behind her back and one question rushed through her mind: "Who is this lady?"

Watkins played at camps and nursing homes. She championed female musicians. She became a festival fixture. Those are the videos that brought recognition - even if it never quite arrived in her home city.

Over the summer, Watkins suffered a stroke. On the first day of October, she passed away at 80 years old.

"You know, you never thought she would leave," Lola said. "Seemed like she would be there forever."

Sandra said she never got the recognition she really deserved.

"She deserved more. She was great," she said.

So many in Beverly Watkins' home city never knew her name.

Those who knew her best are happy to tell of the Atlanta legend - one who just kept playing.