'I won't leave a weak man': Why a 90-minute photo shoot meant so much to a man facing terminal cancer

This is how pain becomes power. 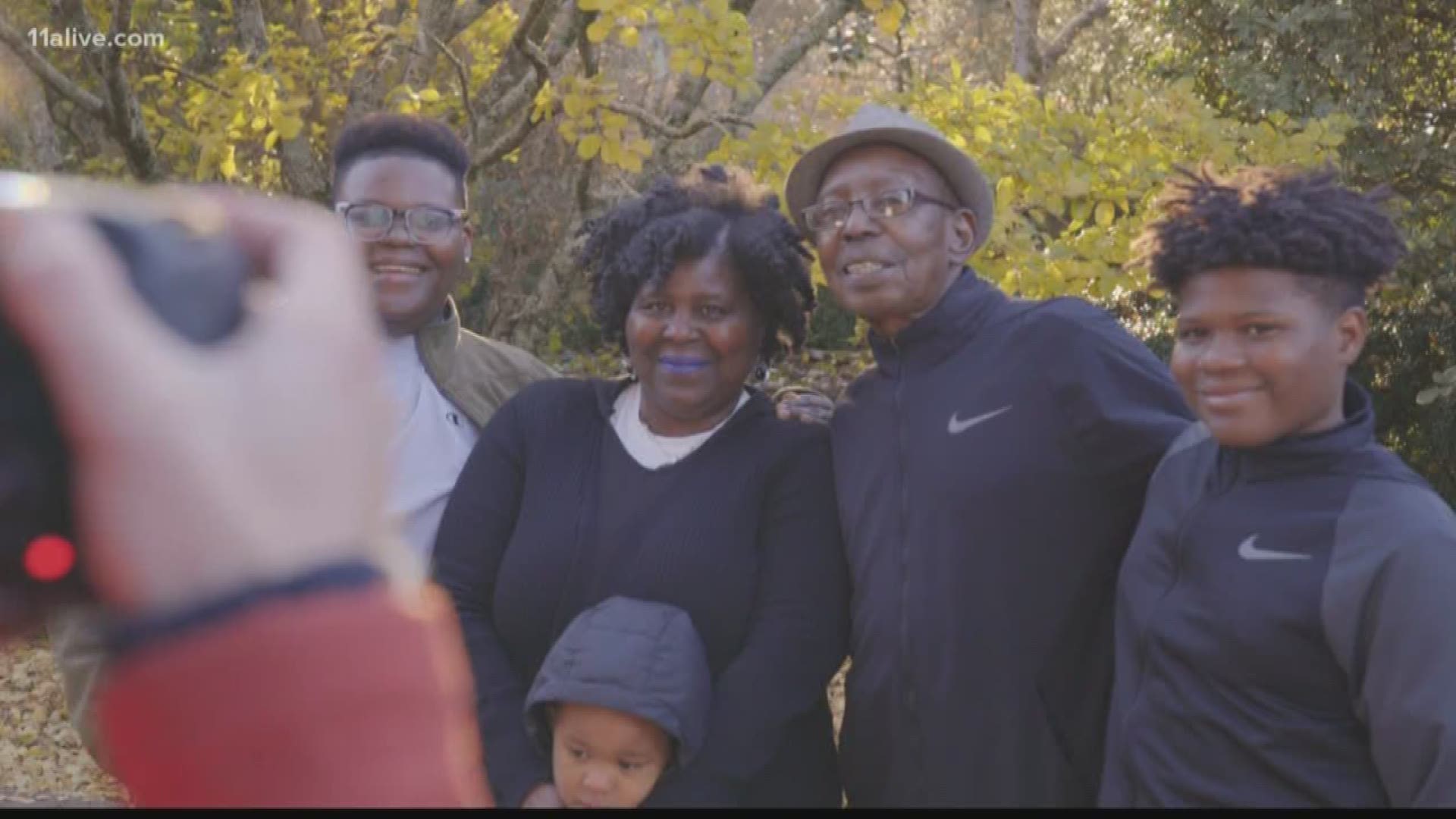 LA GRANGE, Ga. — We all experience heartbreak and tragedy. We all could use inspiration on how to cope.

Four days before this past Thanksgiving, he cooked collard greens, Lima beans, and gravy. Four days later, he teamed up with his wife Latasha for their old standard: cookies.

This day is different. George and Latasha are baking as usual, but they're hours away from receiving a free family photo shoot.

"I've got prostate cancer, and I've got colon cancer that's metastasized to my liver," he tells 11Alive's Matt Pearl. He also suffers from a lung disease called COPD. Doctors initially gave him one year to live. That was six years ago. But he’s not improving, and there’s no cure.

"I've had well over 100 chemo sessions," George says. “Every now and then my eyes will get a little teary, but I fight them back."

"These are tears of joy," he says. "Everything going on with me is positive today.”

The photo shoot is provided by Love Not Lost, a nonprofit that offers free portrait shoots for children and adults facing terminal illness.

On this day, founder and photographer Ashley Jones sits at LaGrange landmark Hills and Dales Estate, and she thinks about the girl who inspired it all: her daughter, Skylar.

Ashley gave birth to Skylar ten years ago. Two months in, she learned her new daughter had spinal muscular atrophy, or SMA.

"It's very similar to ALS," Ashley explains. "When they gave us the diagnosis, they told us it was a premature expiration … and she’d be lucky to see her first birthday.”

In the time they had, photos and photo shoots became treasures and treasured times.

“I would tickle her face with my hair," Ashley recalls, "and she would just giggle and laugh and smile.

Skylar's final photo shoot was at 16 months. She died at 21 months.

On what would have been Skylar’s sixth birthday, Ashley launched Love Not Lost. She's shot more than 50 portrait shoots and has developed a team of photographers wanting to be a part.

"People say, 'Oh, it’s just a photo shoot,' or, 'It’s just pictures,' but if you’ve been through it, you know that as soon as you lose someone, one of the first things you turn to is photographs," she says. "It’s a way to continue a relationship that’s no longer here.”

“I always think I’m gonna be the first one where they come in and say, ‘We got the cure!’” says George with a laugh. “I’m gonna ride until the wheels fall off."

On a Monday afternoon in LaGrange, Ashley and her team meet George and his family. In 90 minutes, Ashley takes hundreds of photos. The shoot brings smiles - and many, many laughs.

This is how pain becomes power.

"I just can't lay around and be sad," says George. "You don't know how you're gonna leave here, but I won't leave a weak man."

If you know of a powerful untold story of metro Atlanta, reach out to Matt Pearl on Facebook, Twitter, or Instagram, or e-mail Matt at mpearl@11alive.com. To learn more about Love Not Lost, check out their web site.

It’s a standard Stone Mountain cul-de-sac. Behind one house is a refugee’s grand garden

She died in her sleep at age 9. Her words have been turned into a children's book.