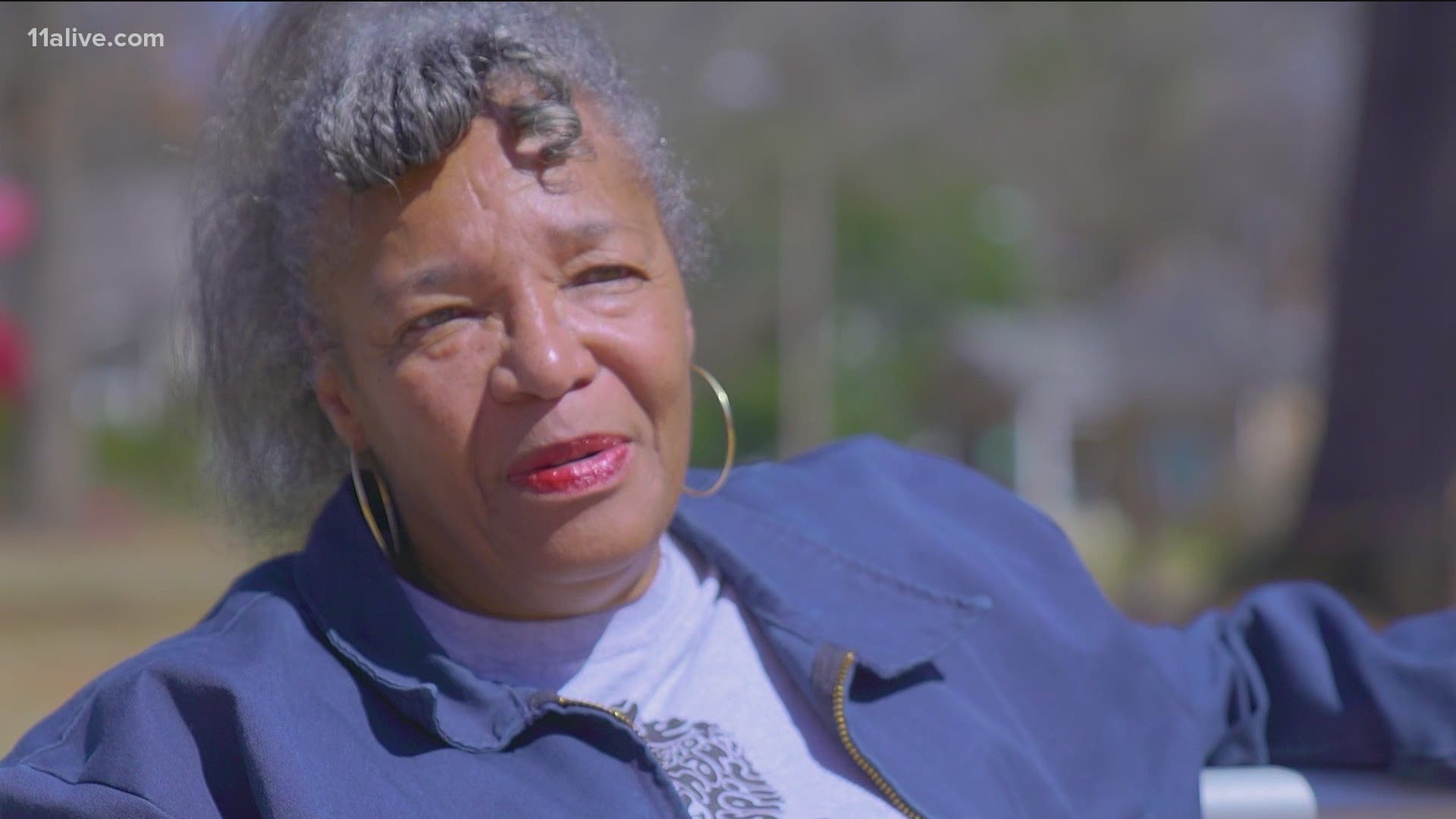 ATLANTA — A quick glimpse at Marilynn Winn’s laptop tells you where she stands.

The rose gold cover is blanketed by stickers, all promoting Winn’s various missions: “The FreeHer Podcast,” “Second Chance for Georgia,” and “The Women of Color Initiative.” And right in the center is a giant white rectangle with the words: “CLOSE THE JAIL ATL.”

Winn is the founder and executive director of Women on the Rise, a group that employs and advocates for formerly incarcerated women of color. For the past decade, she has led efforts in Atlanta to “ban the box” on employment applications, enact bail reform and many other criminal justice reforms.

It’s the four decades prior that shaped her mission.

“A family member taught me how to shoplift,” Winn recalls, “and at the age of 17, I was arrested. When I went to court at 18, I was sentenced for two years in prison.”

When she got out, Winn says she couldn’t find employment because of her record, so she went back to shoplifting.

“I became a career criminal,” she said, “and shoplifting was my way of life.”

But after years of arrests, sentences and a seemingly inescapable cycle, Winn found footing with a job. She began raising her voice on community issues. Before long, she had found herself on a path of activism and advocacy.

Winn has been a leader in the grassroots movement to push the city of Atlanta to close its massive 500,000-square foot jail, the Atlanta City Detention Center.

“I’ve seen people go to jail,” Winn told 11Alive’s Matt Pearl, “and they were just like you and I, but when they left that jail, they were never the same way again.”

Atlanta's city jail holds low level offenders. According to the jail's 2020 records, the top ten offenses were all traffic or marijuana related. The most common offense in the jail is for driving with a suspended license, with 1,019 people imprisoned for it in 2020.

“That’s the message a lot of people don’t know,” Winn said. “People think, ‘Oh, where are the criminals going?’ There are no criminals there.”

In 2019, when Mayor Keisha Lance Bottoms announced plans to close and reimagine the Atlanta City Detention Center, Winn stood right next to Bottoms.

Now she’s pushing for the city to finish what it started.

“No one ever asked me, ‘Why do you keep doing this?’” she says. “And all I can stress and say is, ‘I needed a job.’ And it does make me emotional, because there’s so many people in the streets right now who, because of a past history and past record, cannot get a job. And it makes them continue to do what they do. And society continues to look down on them and degrade them.”

But Winn says that experience helped shape the work she does today. “If I never lived the life that I lived, I wouldn’t be able to do the work that I do.”

This story is part of a week long series airing on 11Alive, investigating the history of the Atlanta City Detention Center and the debate over it's future. 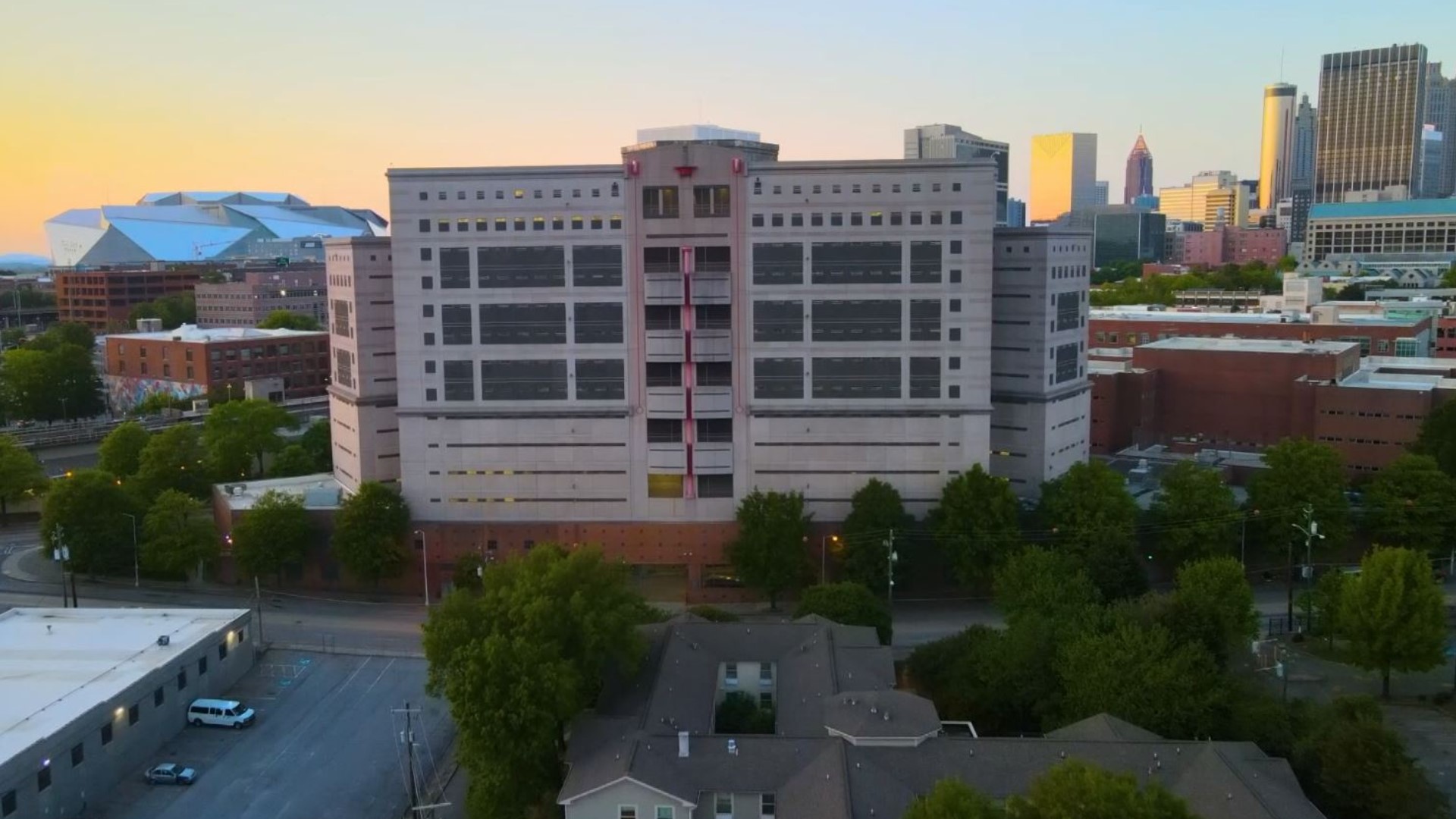