'God knew whose hand to put it in.' 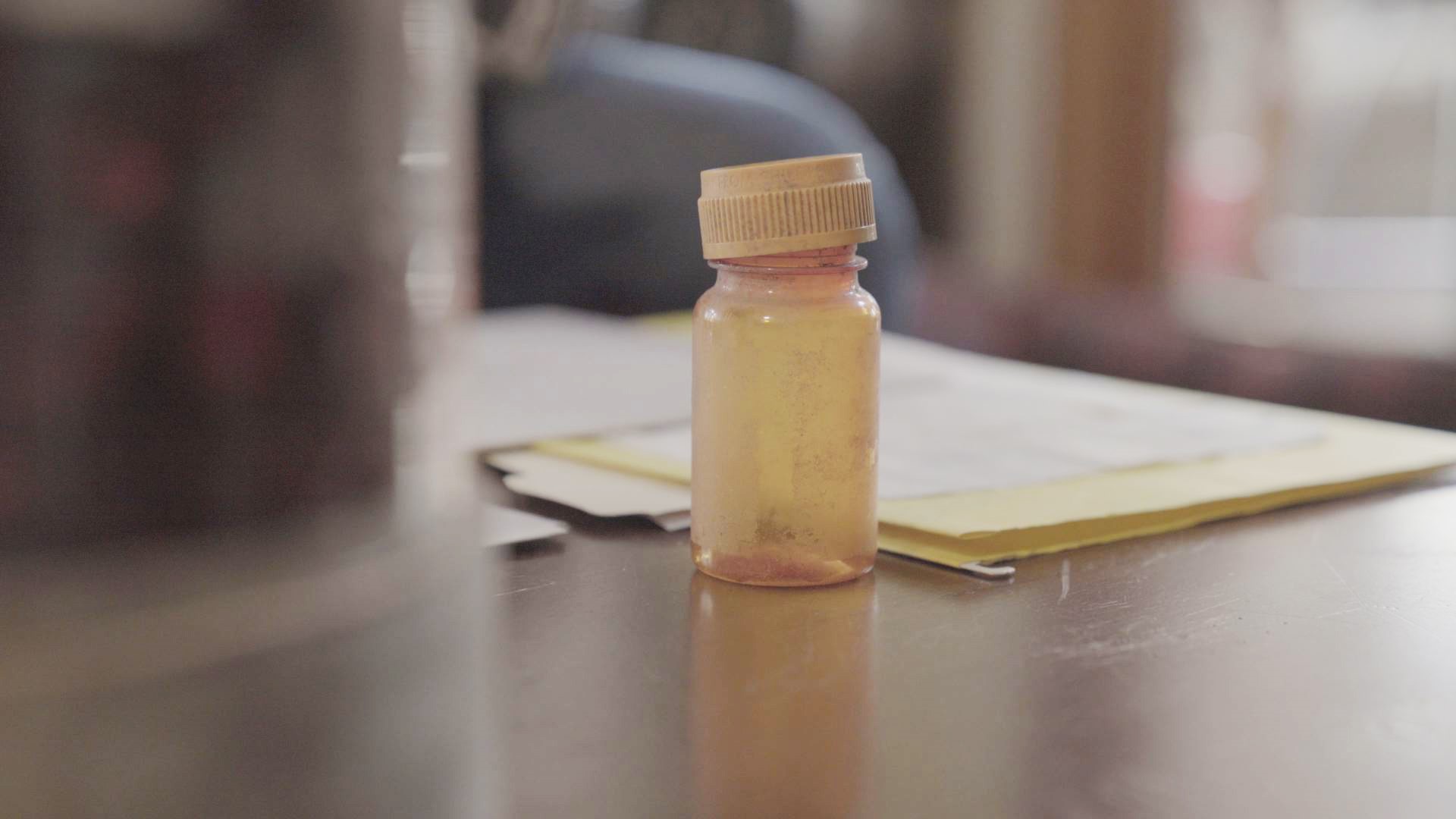 ATLANTA — Mary A. Carter prays in print every day.

“This book right here? My journal,” she explained to 11Alive.

“Make today so awesome, yesterday gets jealous,” she recited from her handwritten notes.

As she sat in her Atlanta living room, a wall of photos rises behind her – a testimony that celebrates family.

“If I could put everybody on the wall that I really loved, I wouldn’t have any room for anything else,” she said, full of emotion.

But in those photos, sit reminders of heartbreak.

“I had to go through all the steps of learning how to walk. My speech was messed up,” she explained.

But, she said, through the difficulty, she got a blessing – a second chance.

This past summer, Mary had recovered enough to take a trip with friends to Atlantic City. But then, a setback. Her father Earnest, already in a nursing home, became ill with pneumonia.

RELATED: 'I won't leave a weak man': Why a 90-minute photo shoot meant so much to a man facing terminal cancer

In Atlantic City, New Jersey, most people pray with the toss of a penny into fountains or pushes of slot machines. But not Mary. At the coast – and not a casino – she put her prayers on paper and sent them in a bottle into the ocean.

“I came back on the seventh of July. My father died July the eighteenth,” Mary said. “At that time, I was going through a lot, and I got a chance to write it down and throw it away … for a moment.”

But the physical prayer into the Atlantic Ocean rippled far and wide.

Six months later, and 60 minutes from the coast, that message in the bottle was found by Tom Connors, an athletic trainer for Pennsauken High School.

Weeks earlier, on the morning of New Year’s Eve, Tom went hunting with his son by a river 12 miles from Atlantic City.

“Glanced at the ground, and something caught my attention. It was an amber prescription bottle,” he recounted. “I yelled to him, ‘I found a message in a bottle!’”

Tom took the treasure home and let it dry. Then he learned all about Mary A. Carter.

“When I was finally able to read it after it had dried, I said a prayer for her … because that’s what it seemed like she wanted someone to do for her,” he explained.

So, he said a prayer for Mary. But he was already saying prayers for Amanda.

“Oh, absolutely … I say a prayer for Amanda twice a day,” he said.

Around the same time Mary sent her letter, Amanda Lezcano woke up and couldn’t walk. Doctors discovered she had Guillain-Barre Syndrome. Within days, the Pennsauken High School senior was on a ventilator.

Tom visited Amanda every other day.

Now, he trains her every week.

“You counting?” Tom asks Amanda during one of their sessions. “I’m counting.”

“Want to do one more?” he quipped back.

Amanda explained how Tom has been there almost every day.

“Supporting me, inspiring me, motivating me,” she listed.

And when Tom read about Mary A. Carter in Atlanta, Georgia, he decided to support her, too.

“I wanted to tell her that I found her letter, and that I hope she found peace,” he said.

So, he reached out to 11Alive, and we tracked down Mary.

RELATED: Team manager with autism touched millions online with viral touchdown 4 years ago. How he’s thriving with his 'village' today.

Then, one morning, over two screens, one letter that bound two people led to a meeting, and the beginnings of a friendship.

“Hi!” Mary exclaimed when she saw Tom’s face for the first time. “You look like Santa!”

“For you to take the time to try to find me and everything, I’ve been crying this morning,” she added, laughing.

“It seems you needed some prayer, so I prayed for you,” Tom added.

“And God knew whose hand to put it in,” Mary continued.

As the conversation flowed, Mary had a request: “I have to get a picture so I can put you on my family wall.”

A message found. A letter sent south. A path for two strangers to lift each other.

“Wow, Tom and Amanda,” Mary breathed, turning the new portrait to view it.

It’s one new photo for the family wall in Atlanta. But it’s more than that. It’s faith and friendship, through prayer in Atlantic City.

“Thank you so much for finding my letter and finding me,” Mary said.