This church lasted decades in a small Georgia town. It burned down in a fire last week.

It was first built in 1850. Its third building made it through depressions, wars, and many, many years. 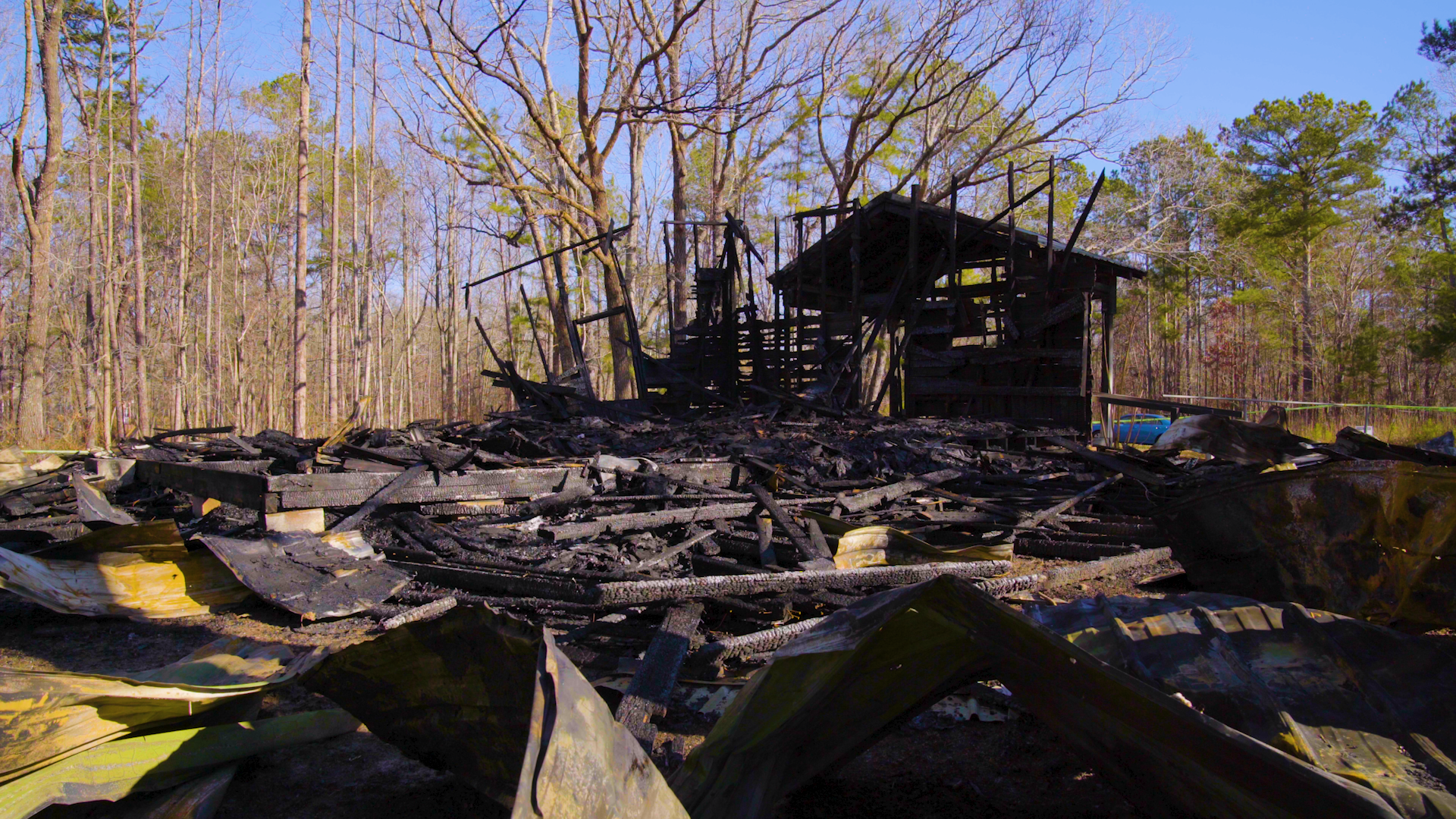 Its third building lasted through depressions, wars, and many, many decades.

But last week, a small chapel in Carroll County was destroyed in a fire. Its congregants must now find faith in destruction.

Eason stood with Rebecca Barnes Griffin, a descendant of Rev. Charles Barnes, who preached at Smith Chapel decades ago. They hold church minutes from 1945. It's a sign of how dearly so many embraced the humble facility and community.

Smith Chapel was destroyed last week in a fire investigators say was intentional.

“There was no electricity [in the building]," Eason said. "There was no gas. There was no lightning that day. So how else was it gonna start unless somebody strikes a match?”

“You could look at the window," Eason said, "and there was no noise, just the birds singing … and it was peaceful. You felt close to God.”

"The food and fellowship," Barnes Griffin said, "are memories that go on and on."

The church was purchased by Emory Marlow in the mid-1980s. He passed away a few years ago, and his descendants now must decide whether to rebuild.

Marlow's grandson, Chuck Young, said it will be a community decision.

"Even though granddaddy purchased the property, it was a community effort," Young said, "like cutting the grass and making sure the roof didn’t leak."

In recent years, Smith Chapel held one service a year - and a reunion for families with distant relatives in the next-door cemetery. Against the odds, hundreds of hands kept the church intact.

In a few minutes, a few hands brought it down.

“It’s a burnt structure," Young said. "The church is the people. So the church is still here. The structure is burnt.”

“It’s just a building," Eason said. "God does not have to be inside the building. But it’s very sad that someone would take that building from us.”

Anyone with information on the fire is asked to contact Investigator Brandon Wiggins with the Carroll County Sheriff's Office at 770-830-5916 or bwiggins@carrollsheriff.com.