Why are liberals "left" and conservatives "right" in politics? 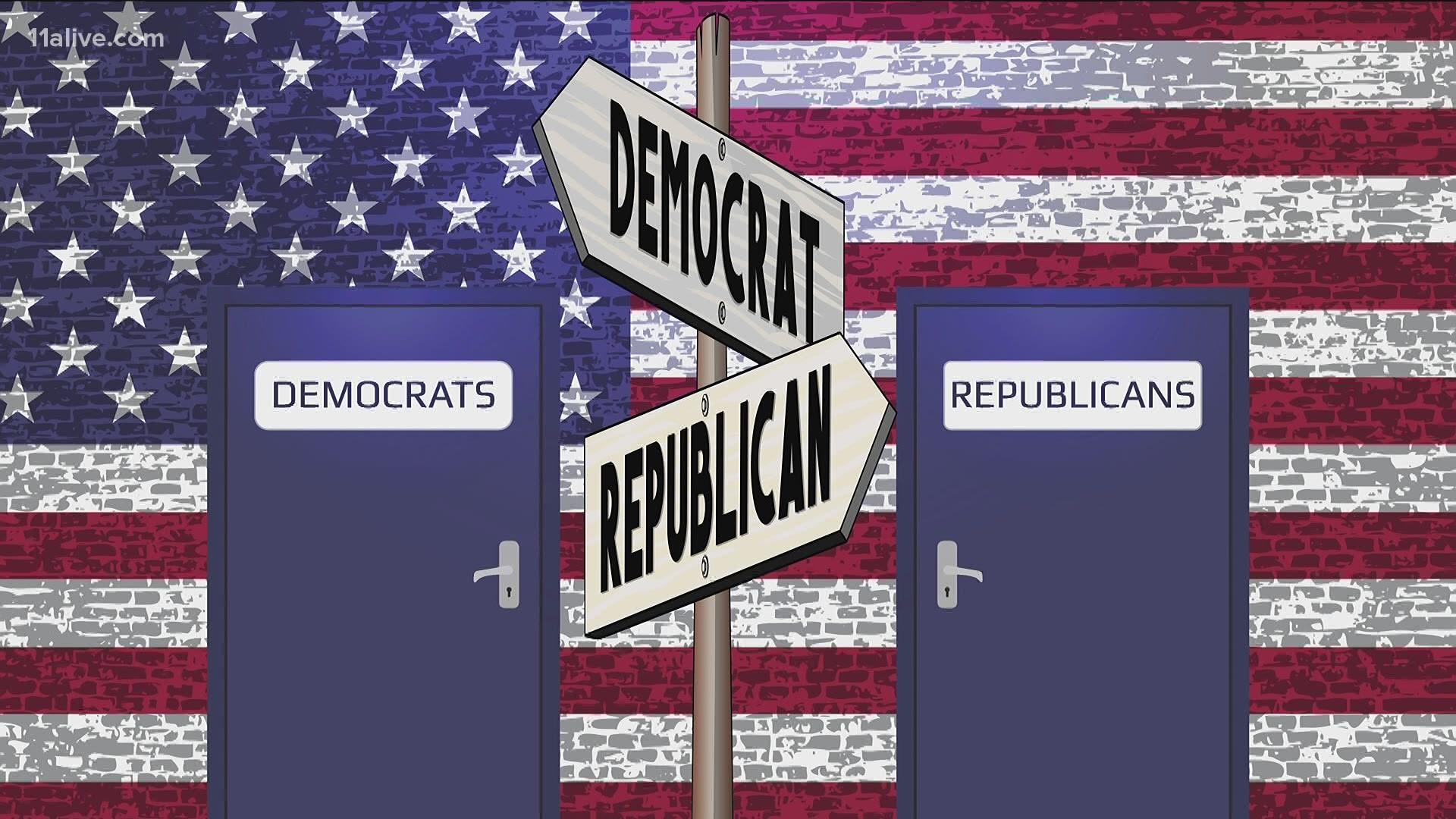 ATLANTA — ATLANTA – Whether you lean “left” or “right,” you might wonder where we come up with these interesting political terms.

Many families have agreed to avoid political discussions over their Thanksgiving turkey to avoid conflict. Liberals, conservatives, and moderates mingle every day in America.

Generally, voters with more conservative views are considered to be on the “right” while those with more liberal views are on the “left.”

These directional references have been a part of our political jargon for decades.

Historians tell us that it began in another place and time. During the French Revolution, the country’s National Assembly was tasked with creating a new constitution. Members were deeply divided over how much power to award the king.

The divide was evident when they gathered in the assembly hall.

“To the left of the presiding officer were the most liberal members, to his right were the most conservative, and in the middle were the moderates,” says University of Georgia Political Science Professor Dr. Charles Bullock.

Newspaper writers in France began using “left” and “right” to explain whether a member wanted a radical change or to stick with tradition.

Other countries adopted the terms to describe the political divide.

There are nuances, but in the United States, Republicans are generally viewed as Conservative or on the right side of the political spectrum. Democrats are seen as liberal or on the left.

There is no assigned seating in the U.S. House of Representatives.

Bullock says members tend to gravitate to the left or right depending on where they’re likely to find other members of their party.

“Imagine you’re a freshman and you show up and say, ‘where’s my team?’” says Bullock. “You’re over here with us on this side.”

A 2005 Harris Poll reveals many Americans aren’t 100% sure what “left” and “right” mean when it comes to representing someone’s political views.