Why aren't Supreme Court Justices required to have a law degree?

The U.S. Constitution doesn't require any degrees for the justices although most have them. 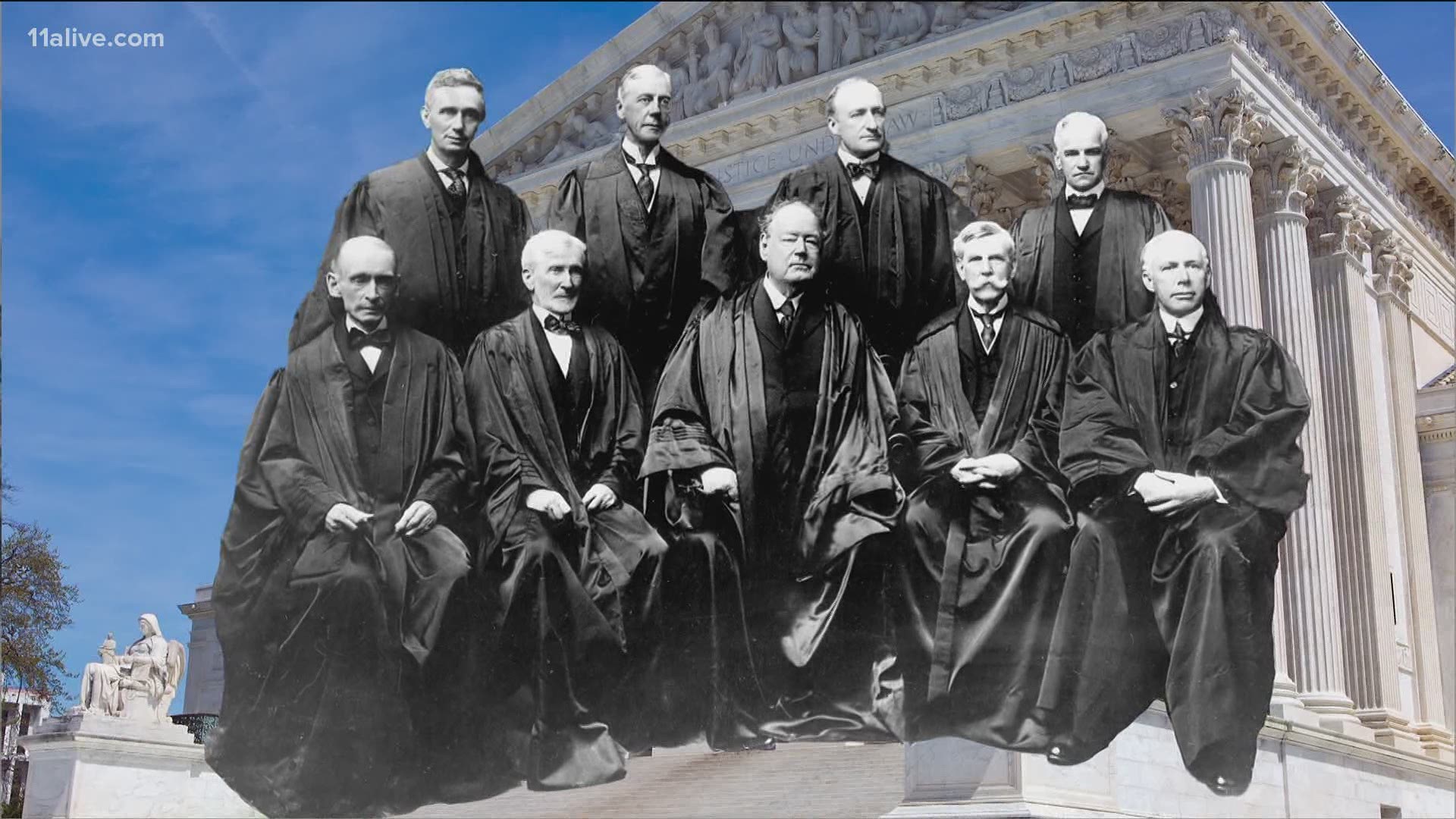 ATLANTA — ATLANTA – Supreme Court nominee Amy Coney Barrett has a law degree from Notre Dame, but she doesn’t need it to qualify for a seat on the high court.

In fact, according to the U.S. Constitution, Supreme Court Justices don’t need a college degree at all.

The Constitution makes it clear that only natural-born U.S. citizens over the age of 35 can hold the office of President.

“The Constitution has no qualifications for Supreme Court Justice or any other federal judges,” Georgia State Law Professor Eric Segall explained.

Every Supreme Court Justice throughout history has been a lawyer. In the early days, however, there were justices who practiced law without a degree from a formal law school. Justice James Byrnes never graduated from high school. He taught himself law and passed the bar at the age of 23.

RELATED: Barrett back on Capitol Hill for senators' final questions

There was a time when lawyers were educated through an apprenticeship.

“Back in 1789, law schools weren’t really a thing,” said Segall. “It was more you were trained in the law.”

Segall said it’s unclear why the authors of the Constitution didn’t require a law degree.

“The Supreme Court only became really powerful about 60 years after the Constitution was written,” Segall explained. “They probably didn’t think about it.”

Candidates for the Supreme Court are nominated by the President and scrutinized by the FBI and members of the U.S. Senate. Every justice since 1940 has had a law degree.

The current justices earned their law degrees from either Harvard or Yale.