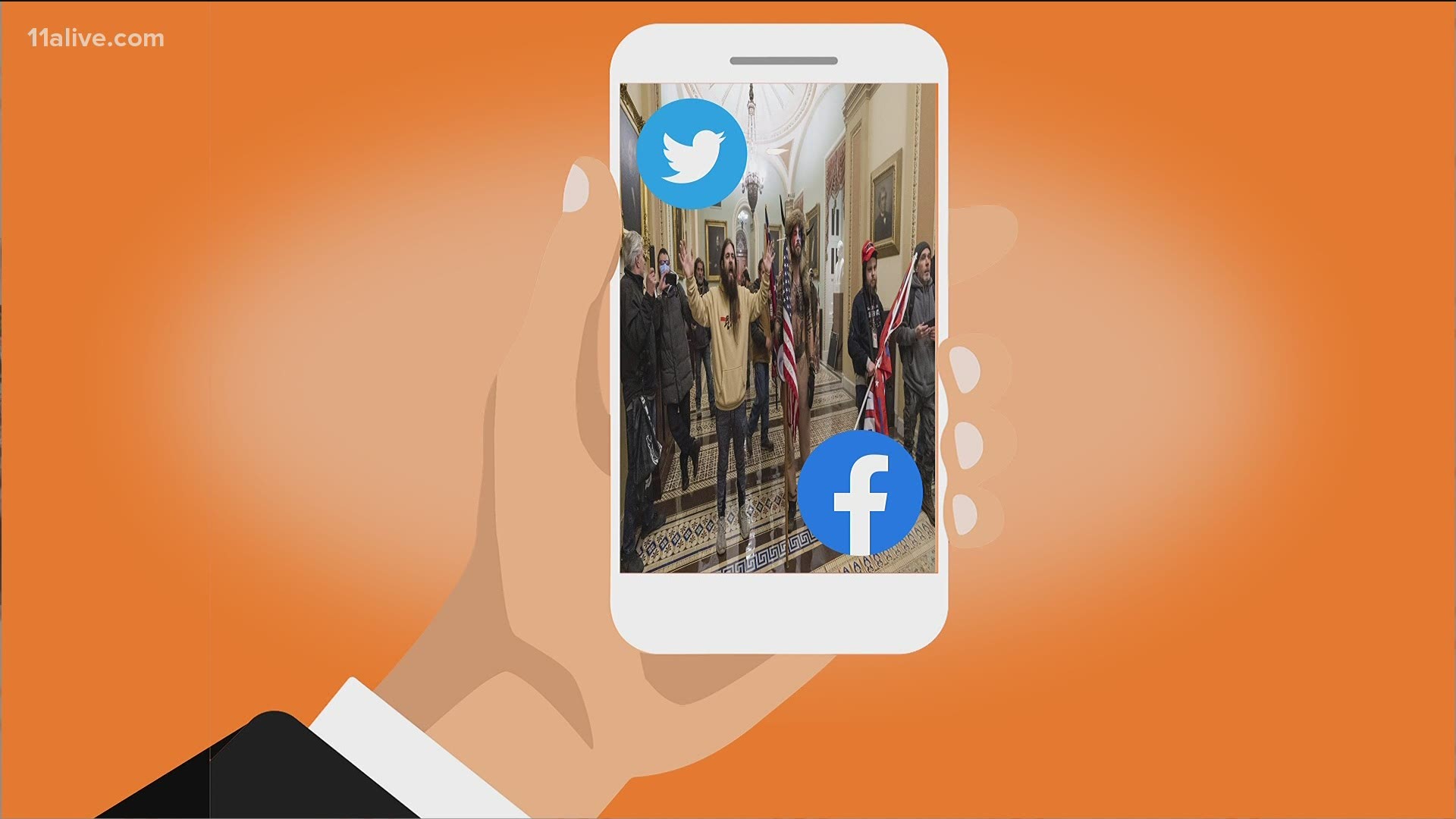 ATLANTA — YouTube is the latest social media site to block content from President Donald Trump, a move that legal experts say is not a violation of the First Amendment.

YouTube has banned any new uploads to the President’s page for a week. Twitter and Facebook have taken similar action in the wake of the melee at the Capitol.

“Social media platforms are private companies,” said Joseph Watson, Professor of Public Affairs at the University of Georgia’s Grady College of Journalism. “As such, they’re not subject to the First Amendment.”

The First Amendment prevents the government from restricting our speech. City hall can’t stop us from expressing our views.

But social media platforms are not an arm of government.

“If Uncle Larry is getting too loud at Thanksgiving, you say, 'Uncle Larry get out, I don’t want to hear your talk.' You’re free to do that,” Watson said.

Some conservatives claim social media platforms have unfairly picked on them.

“Trump supporters left Twitter to go to Parler and other platforms that they feel don’t restrict their comments,” said Watson. “That certainly impacts them financially.”

Parler went dark after its server host, Amazon, deemed some of the content violent and threatening.

So far, courts have ruled it’s all within the law.