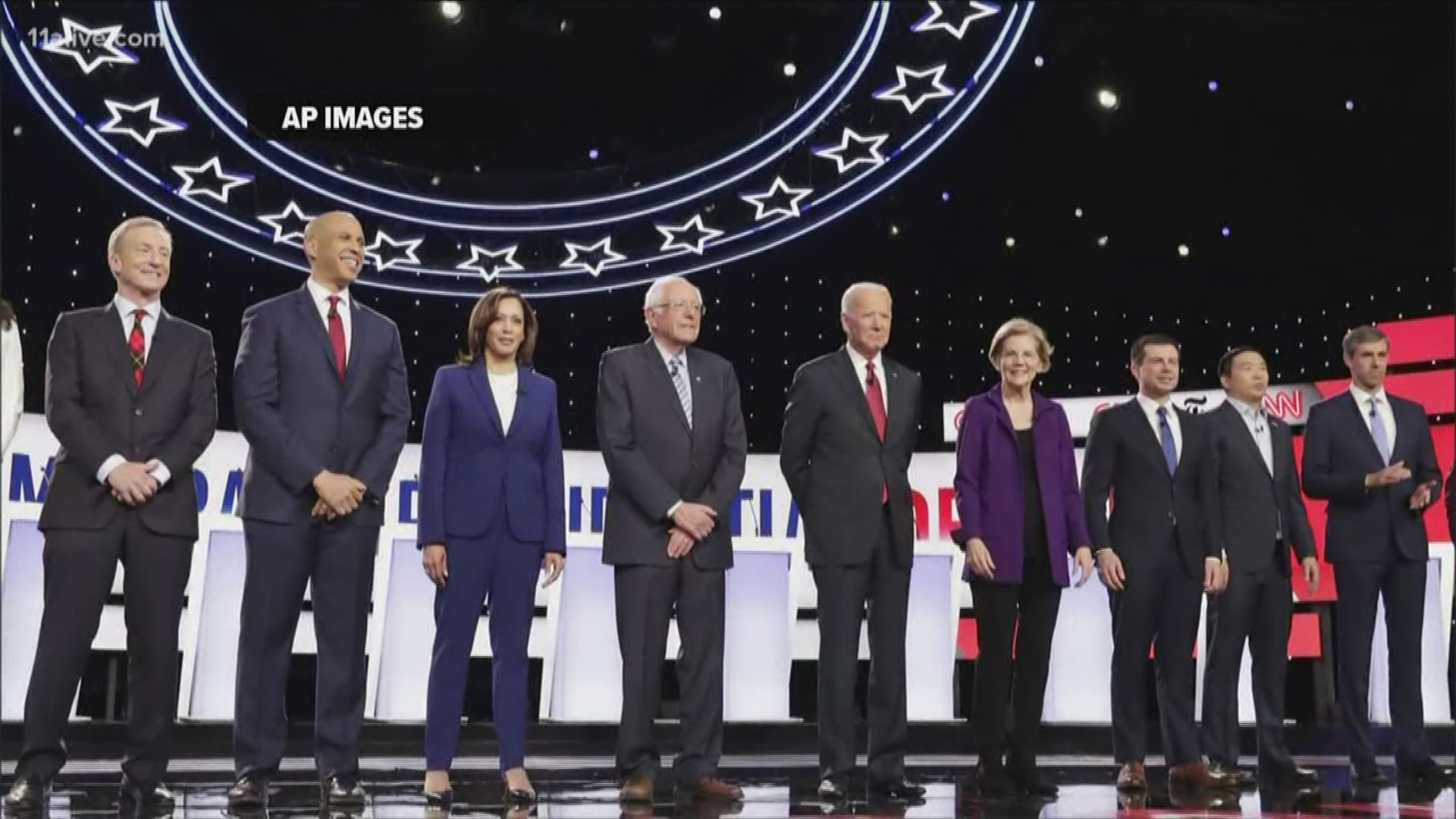 ATLANTA — ATLANTA—The eyes of the political world will be on Atlanta as the Democratic candidates gather for their fifth debate.

Atlanta Mayor Kesha Lance-Bottoms and former Gubernatorial candidate Stacey Abrams were among those pushing the Democrats to hold the debate in the city.

The Chair of the Georgia Democratic Party says the road to victory in 2020 runs through Georgia.

Related:  Democratic debate in Atlanta: Everything you need to know.

Political experts see the party's decision to hold the debate here as a sign.

“It cements the narrative that we’ve been promoting for a very long time that Georgia can be a battleground state,” said political consultant Tharon Johnson, who was once the Southern Director for Barak Obama’s 2012 Presidential campaign.

The Democratic Party sees opportunities in a state that has favored the Republican candidate in the past six Presidential elections.

“It indicates Georgia is now being seen as a toss up state,” Charles Bullock, Richard B. Russell Professor of Political Science at the University of Georgia said. “That the Democrats are choosing to do this in Georgia, that indicates they’ve sized this up and think, ‘if we can win in Georgia, that might make it so we can win the Presidency.’”

Abrams says Georgia is home to an expanding and increasingly diverse population of voters who are eager to hear from the candidates.

“The decision to hold the next debate in Georgia is further demonstration that any viable strategy to win Democratic control of the U.S. Senate and White House must include our state,” Michael Holloman, spokesperson for Abrams explained.

The debate will take place in a part of Atlanta that has been transformed by one of the most successful movie producers on the planet.

Tyler Perry Studios is on property once owned by the Army. Before it became Ft. McPherson, the land was used by the Confederate Army during the Civil War.

Related: This is what Tyler Perry Studios looks like for the Democratic debate in Atlanta

“That shows you the transition, the migration of where we’ve come as a country,” Johnson stated. “Tyler Perry and Tyler Perry Studios embody a lot of what the Democratic Party stands for.”

Interestingly, part of Tyler Perry Studios is used to shoot the television show The Oval.

It’s about life inside the White House.